George Scott Milling was born at Moynalty in County Mead, Ireland on the 4th July, 1871.
He is the third son to parents Oliver and Mary Milling.
Father Oliver was described as Esquire of Glen View, Moynalty.
The entire extended family arrived in Sydney some time between the late 1880’s and early 1890’s.
George then decided to head west in search of gold and arrived at Coolgardie in 1894.
He prospected wherever gold was being found around Coolgardie then he worked dry blowing through Broad Arrow, Goongarie and Yerilla.
He certainly moved around in search of gold over a rather short period of time.
At Mt Ida he registered a gold mining licence on the 21st December, 1897. He was initially the sole applicant of the mine to be called the Forest Belle but later took on other partners.
The Forest Belle turned out to be a valuable lease producing 2156oz of gold from 2266 ton crushed during the period 1899 – 1903.
Further records show the lease produced 5438oz gold from 6863 ton crushed.
The Forest Belle in more recent times became an open cut venture. It would be fair to say George Milling made a reasonable profit in order for him to fund future ventures.

By August 1907 Milling had purchased the drapery store and hotel at Maninga Marley (Kaffir name for “plenty gold”) from Patrick Dolan, one of his prospecting mates at the Forrest Belle.
Maninga Marley is situated 30km south east of Sandstone.
The Maninga Marley hotel appears at the time to be a new establishment and Milling held this interest till 1913 at which time for whatever reason he relocated to Bunbury where he is described as a Mercer (dealer in textiles). He married Annie Taylor of  Albany in April, 1914.

Milling then moved to Midland Junction and on the 4th September, 1914 made an application to the Midland Junction Council to conduct a business of aerated water manufacture in York Road, Midland Junction.
The Swan Express on Friday 4th September, 1914 has the following advertisement: “Mr G. Milling announces in our advertising columns that he has opened an aerated water and cordial factory in York Road, Midland Junction and he hopes to receive a fair share of public patronage.
Mr Milling claims to have almost a lifelong experience in the business and he guarantees cleanliness which he considers the chief factor and quality. All orders entrusted to him will receive prompt attention.”

So at the age of 43 George Milling entered into the aerated water manufacturing business with what appears to be no recorded previous experience in cool drink manufacture.
He called his new business “The Thistle Aerated Water Factory“
It is said he managed to secure the aerated water rights to the military training camp at Blackboy Hill in Greenmount.

During the period March 1915 and November 1915 Milling engaged the Bendigo Pottery Works to produce 2880 dump tan blob top ginger beer bottles for his trade.
He also had produced a quantity of 12oz and 6oz Dobson type marble bottles made by the Adelaide Glass Works.
Both stone ginger beer and glass marble bottles are embossed Midland Junction.

Milling took on a partner Alfred Meachem by May 1919 and they expand the enterprise by opening a new aerated water factory in Maylands.
This is described as a new brick and tile factory on the corner of Beaufort Street and Eighth Avenue, Maylands, supplementary to the existing factory in York Road, Midland Junction.
Alfred Meachem also appears to have no prior experience in the production of aerated waters and for whatever reason the partnership is quickly dissolved.
George Milling moved his enterprise to the factory site in Maylands and continued to trade as the Thistle Aerated Water Factory while Alfred Meachem remained at York Road, Midland Junction and he continued production under the new name of Wattle Aerated Waters, Midland Junction.

Milling again engaged the Bendigo Pottery Works to produce for him 7200 tan blob top ginger beer bottles in April, 1921.
These show the name Thistle Aerated Waters Maylands.
Milling also has 26oz and 6oz crown seal clear crown seal bottles made. These are embossed on the base AGM 1923 and AGM 1925 respectively. Milling continued to trade as Thistle Aerated Water Co Ltd.

A vast array of bottles were made for the Thistle Factory including soda syphons , 26oz crown seal bottles and dump crown seal glass ginger beers, but anything embossed “Perth” is post George Milling era.

Milling sold the trade name Thistle Aerated Waters by about 1932 and the new proprietors of the Thistle Factory relocated to 238 Lake Street, Perth. Then from 1936/37 onwards they moved their factory to 36 Waterford Street, Maylands. 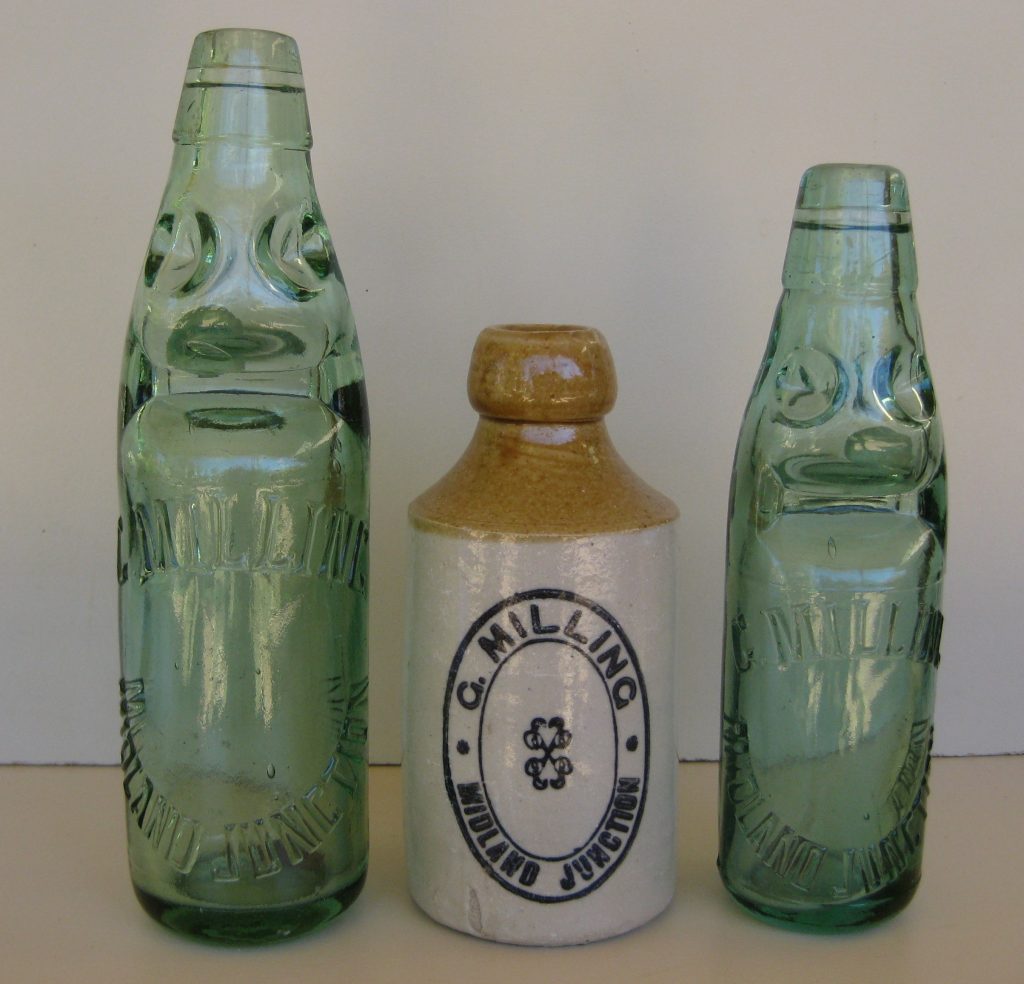 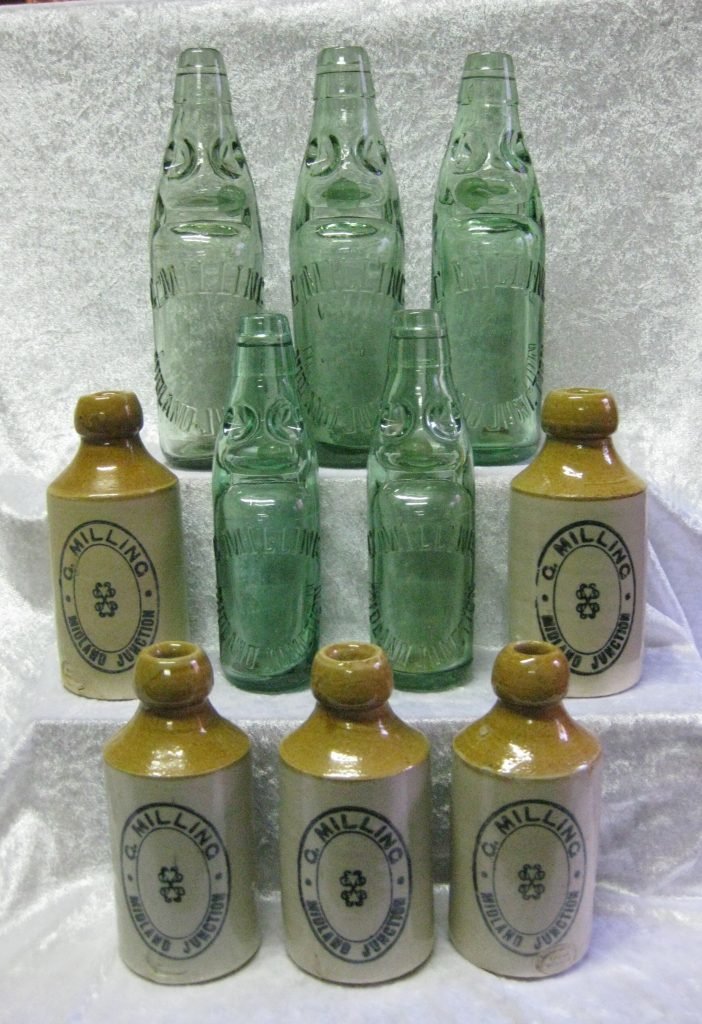 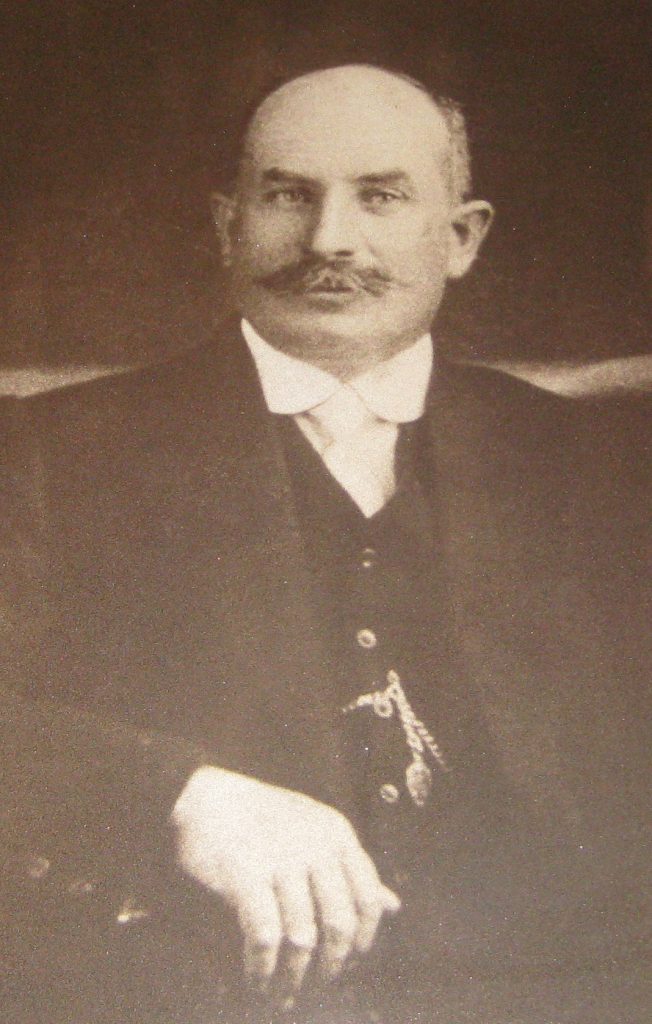