Henry Waltho was born in Geelong, Victoria in 1900.
His father was Samuel Henry Waltho and his parents came to Mt Magnet, Western Australia when Henry was very young.
His father worked as a brewer till they moved to Geraldton, then Perth and back to Geraldton.
In 1923 they purchased the J.T Shepheard Aerated Water Factory in Eleanor Street known as the “Star Factory”.
Henry could remember filling Shepheard Star blue Hamilton bottles while they waited for their own stock of stone ginger beers and marble bottles embossed S. Waltho and Son, Geraldton.
They retained the traditional star symbol.
Samuel Waltho passed away 12th February, 1929.
Strong competition and the effects of the depression forced a move so in 1932 Henry moved to Midland Junction.
The Waltho factory in Geraldton was purchased by Samuel Yoxall on the 12th November, 1932 after he had leased the premises from the Waltho’s for the previous 4 years.

Henry Waltho purchased the bankrupt Wattle Aerated Water Factory building and business in Great Eastern Highway, Midland Junction in 1933 for a sum of £375.
He continued to use the trade name S. Waltho and Son and the factory was known as the “Heart Aerated Water Factory”.
After initial problems adapting to the scheme water supply Henry established a good trade with local businesses and most hotels from East Guildford (the Woodbridge Hotel) to Mundaring and along the Midland railway line as far as Gingin.
Waltho used brown and clear 26 ounce crown seal bottles made by Australian Glass Manufacturers for the first 4–5 years.
These are embossed with a heart.
There are no 6 ounce to 12 ounce Waltho embossed bottles as Coca Cola simply prevented then from using bottles other than 26 ounce crown seals. Waltho later purchased 16 gross of clear 26 ounce bottles from the Adelaide Glass Works to support his trade. 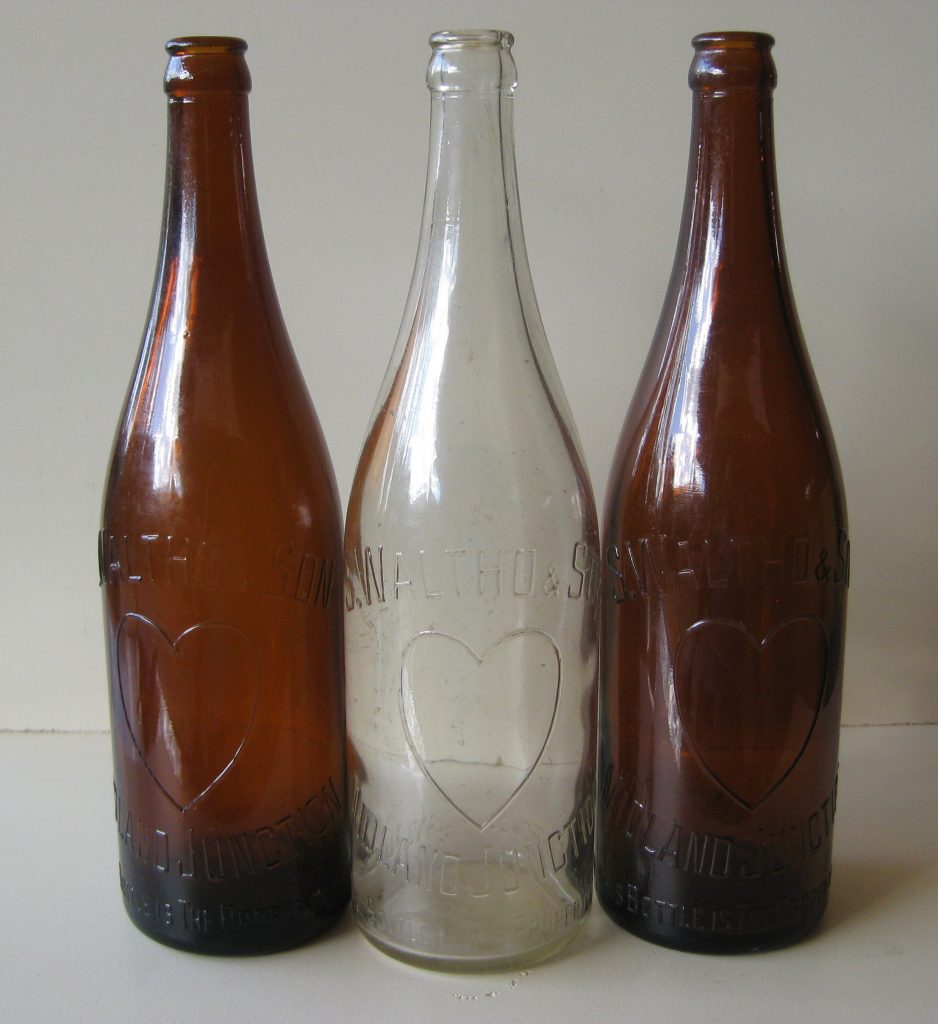