Robert Mackey was born in Devonport, Devonshire, England c1846. He was the youngest child of Richard Mackey and his wife Mary nee Willcocks. His father was a licenced victualler but by 1871 he gave his occupation as Aerated Water Manufacturer & was joined by 24 year old Robert at the town of Tavistock, producing cool drinks for the neighbourhood. Soon after this Robert ventured to America where he married Louisa Collacott c1873 in New York. She was also from Tavistock in England and they returned to England around 1875 where their son Richard was born in 1875, followed by Alice Edith in 1876 and Frederick Robert in 1879. Sadly, their two sons died in infancy and by 1881 Louisa and daughter Alice had moved in with her parents. It is believed Robert had journeyed to Australia at this time.

Louisa Mackey died in 1882 and her 6 year old daughter Alice, was left in the care of her grandparents and later an Uncle and family. Robert had first gone to South Australia and maybe Queensland before coming to W.A. and had entered through Albany in 1892 and again in 1897.

Alice was now 22 in 1898 so Robert requested she join him at his home in Victoria Street, Kalgoorlie to housekeep. He called his residence “Tavistock” after the English town he’d left many years before.

He registered the Globe of the World trademark on 15 March 1899 for Mineral and Aerated Waters, natural and artificial, including Ginger Beer and Cordials. He had shares in the company and he was the cordial maker at 54 Egan St. Kalgoorlie. He never remarried & died on 14 March 1909. Pall bearers at his funeral included J.W.Fimister ( former Mayor of Kalgoorlie), Charles Speed, Charles Mackay ( later of Mackay & Co Perth ), Richard O’Donnell, J.E. Clarke ( manager of Mackey & Co the following year) & James Mackey. About 50 vehicles followed the hearse to the cemetery.

The Company continued under J. Ewin Clarke as manager in 1910 & from 1914 till 1922 James Pescod was secretary followed by A.E. Harris.  The company ceased trading on 31 October 1951 when the Golden Mile Aerated Water Co. took possession of all Mackey branded bottles. A cordial maker from the Golden Mile remembers taking crates of these bottles to a foundry and the bottles were buried on the premises. Sadly, for diggers, a retirement home was erected on the site.

Mackey’s, Golden Mile, Goldfields Cordial Co., Eclipse, Dempsey etc were one of the many Aerated Water Companies of Kalgoorlie to flourish & quench the thirsts of the population. 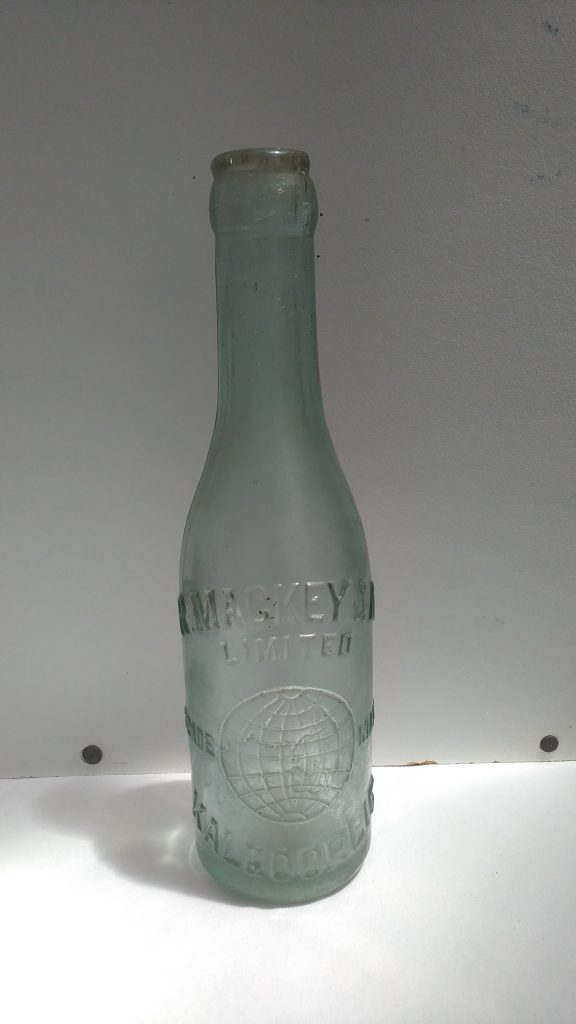 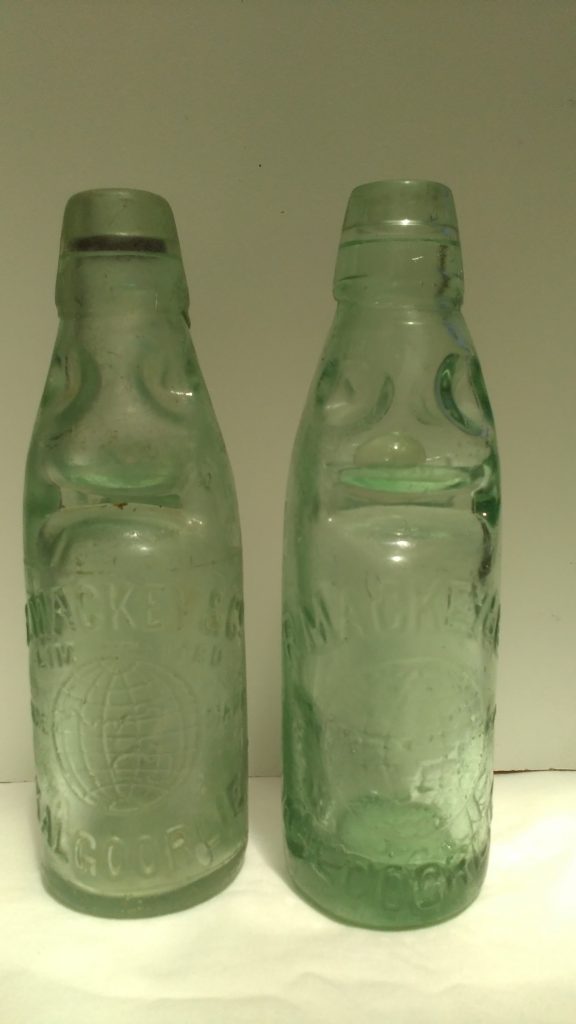 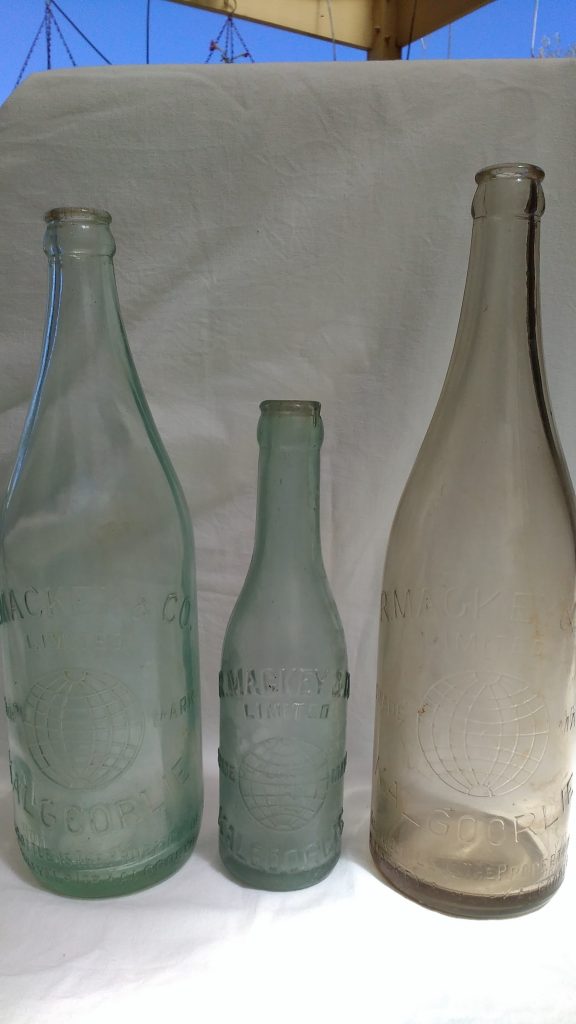 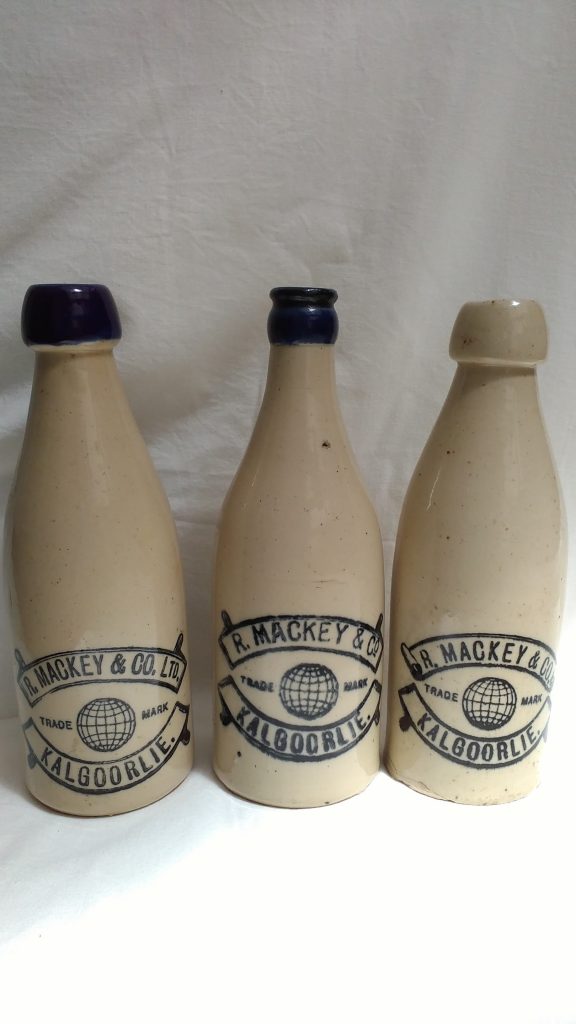 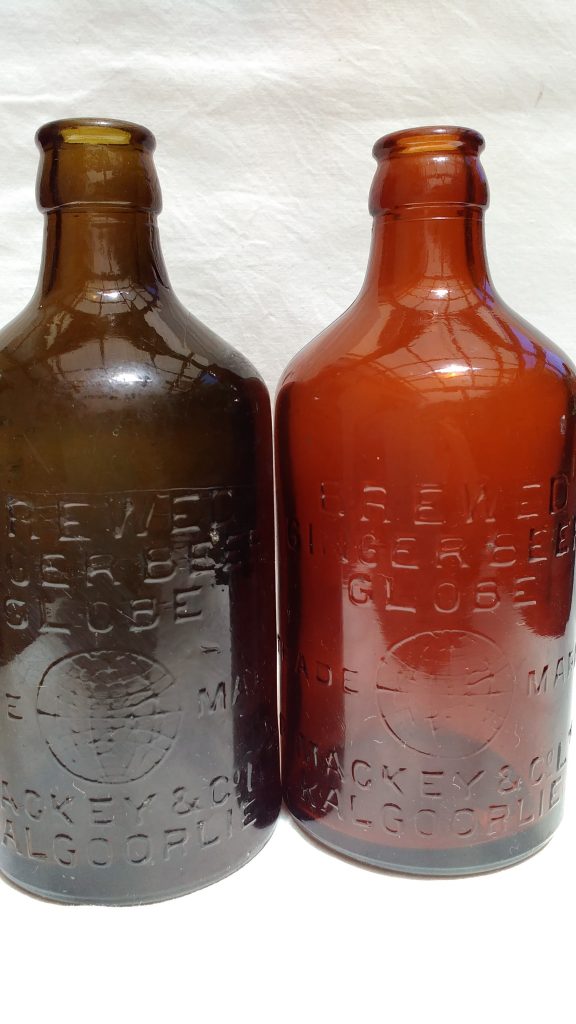 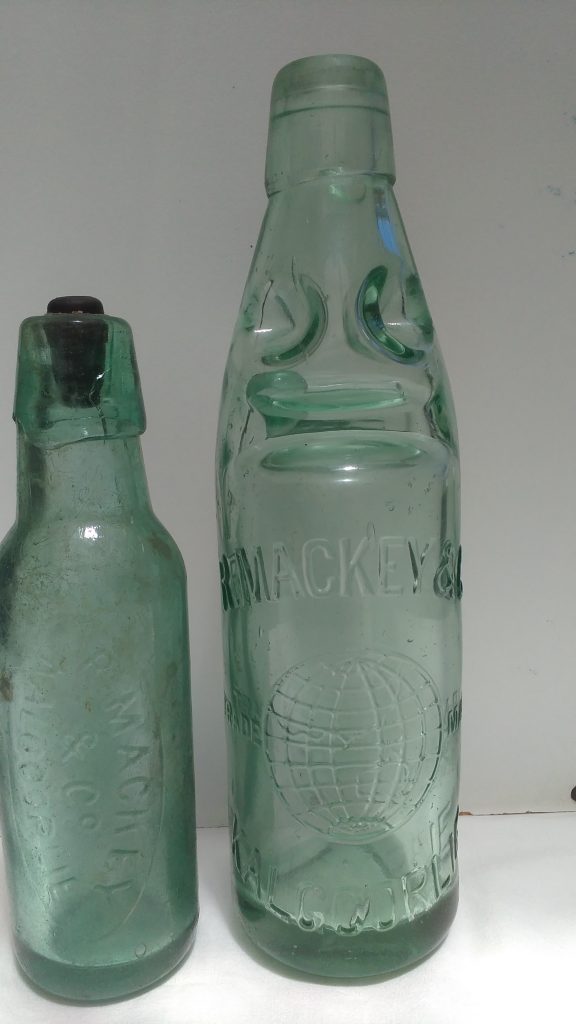