Ravensthorpe is 541 Kilometres S E of Perth and 50 kilometres NW of Hopetoun, on the south coast of WA. The district was first settled by farmers, the Dunn brothers in 1860 but then gold was discovered in the area in 1898 and the region changed dramatically. Consequently, the rush for wealth saw the Phillips River area surveyed and the town was named Ravensthorpe in 1900. In this year Robert Dunn of Dunn brothers had the Miners Arms Hotel and Thomas Sorenson and John Purchas were also hotel keepers. Businesses soon filled Morgan’s street and surrounds and aerated water manufacturer JOHN HENRY EDDY was situated on Lot 141 Spence street and the population was approximately 500. However, with the boom in gold and copper by 1909 the population had increased to 3000 but by 1911 the population had fallen and by the 1950’s the town numbers had further declined.

JOHN HENRY EDDY was born in Bendigo, Victoria in 1874. He arrived in the west in c1896 and married Eva Healey at Bridgetown in 1898. By December 1900 he had joined the rush to Ravensthorpe and was mining a 24 acre site called “Bridgetown” and in February 1901 he applied for a gallon licence and commenced business in the brewing and aerated water trade. He ran the business by himself and called it the RAVENSTHORPE AERATED WATER WORKS & “STEAM CORDIAL WORKS”, his specialty being Ginger Pop. His factory was on the corner of Moir and Spence streets in Ravensthorpe. About 1904 he went prospecting and left the business in the hands of his half brother, STANLEY HUBERT MERRIFIELD. Merrifield applied for a gallon licence in Sept 1906 and in October he omitted the name “Steam Water Works” from the advertising. Now the ads showed the company had expanded to include Merrifield & Co. They were stocking Mineral waters and small Beers, acting as agents and bottlers of Piesses Westralia Wines, also the factory stocked Swan Extra Special Ale and Stout. The Swan products were bottled locally in Moir Street. The editor of the newspaper visited the premises in December 1906 and noted the addition of a large quantity of new machinery for manufacturing aerated waters and cordials and also for bottling beer and stout. There was a Bolanger rack and carbonating machine which was for the ale and stout and Merrifield would wait on customers and deliver daily. Their Ginger Pop label featured intertwined M E in a small circle and flowers in the oval outlined label.

EDDY & MERRIFIELD formed a partnership in February 1907 and now Beigels Bunbury Beer had been added to their wares. In November a brand of beer called Phillips River XXX had been produced and they were agents for Penfolds Wines and Lionel Samson, Spirit Merchant of Fremantle. Pale Dry Ale and Vinegar was on the shelves and all seemed rosy until disaster struck when the building caught fire in January 1908 and burn’t to the ground. It was at the height of summer and luckily EDDY had a branch of the company at Hopetoun which had been under his directorship, so they transported drinks and machinery back to Ravensthorpe where they set up in rented premises in Carlisle street. There were no more ads from March 1908 and by May 1908 the business was in trouble. The building had not been insured for its true value and money problems and a decline in miners and opposition had forced them to place the business into bankruptcy. Tenders were invited to purchase the assets of EDDY & MERRIFIELD Cordial Manufacturers and included in the assets were 250 dozen Patent bottles and about 2,000 ale and spirits bottles.

EDDY asked for discharge of his bankruptcy in 1911 and he enlisted in WW1 at Albany in February 1916. He gave his occupation as iron worker and his service overseas included his work as a fitter. He returned in 1919 and made his way to SOUTHERN CROSS where by 1921 he operated the SOUTHERN CROSS AERATED WATER & CORDIAL FACTORY in Spica Street. As he was a plumber by trade, he also combined this occupation with his cool drink factory business. He also had an interest in Mt Hampton cattle station near Southern Cross but by 1928 concentrated on his aerated water and plumbing concerns. JOHN HENRY EDDY passed away in Perth hospital on 19 February 1929 and is buried in Karrakatta Cemetery and the business was put up for sale. In Aug 1929 his aerated water factory opposite the Railway Hotel in Southern Cross was purchased by D J Meade formerly of Kalgoorlie.  I believe Eddy had David Knox Lancaster as a partner as the “for sale” ad states his name in the proceedings.

Eddy’s half brother, STANLEY HUBERT MERRIFIELD was born at Eaglehawk, Victoria in 1885. After leaving the aerated water industry he went prospecting and had an interest in the “Bonnie Play” mine at Ravensthorpe in 1918 and was in Wiluna in 1932 and Meekatharra in 1938. He married Nellie V Haendel in the Murchison in 1935 (div) and he died 1 Nov 1960, of Boulder and buried in Karrakatta Cemetery in Perth.

Another Aerated Water business commenced in 1908 at Ravensthorpe at 74 Morgans Street, by HORACE MILES THEODORE BRUNWIN. He was an Englishman and born in Witham, Essex in 1868. He arrived in Australia sometime after June 1888. His brothers Frederick and Bernard had arrived in Sydney in 1883 and Frederick went into the hotel industry like their father William Brunwin in Essex.

My research started in this area to try and establish the origins of “the man on the barrel” marble bottle made in Melbourne c 1908 – 1913. The Trade Mark legislation changed in 1906 when all data concerning registrations for WA was sent direct to the Eastern States so the local Government Gazettes only show designs prior to this time. Consequently, I can’t identify the owner of the bottle. This bottle had no town name or company name but it is reputed to be only found in the Phillips River/Ravensthorpe area. My feeling is that BRUNWIN was the owner of this bottle but no proof is available for researchers in the west.  A recorded interview by Mr Tom Dawman stated Brunwin had bottles with marbles in the neck and Dawman helped him at times, bottle cordials. He also mentioned Brunwin made cane baskets with divisions for 12 bottles and would pack the bottles in the baskets and place on his cart and with his horse, deliver the drinks.  Brunwin purchased some of Eddy and Merrifields bottles and also produced similar lines. I have viewed copies of the PHILLIPS RIVER TIMES on film at the Alexander Library building in Perth for the years 1904 – May 1911 (the only copies available). Brunwin and his wife are listed as cordial makers in the Electoral Rolls & Wises Post Office Directories 1908 until 1912 and after this time as storekeepers/cordial makers. When Brunwin had the company, I found no ads at all advertising his name with the factory which I found unusual as most companies, especially at Xmas, wanted customers to buy their wares over the summer months. “Tanglehead” by Geoff Spiller features a beer bottle label for Swan Stout bottled by H Brunwin of the Ravensthorpe Aerated Water and Bottling Works and it was bottled in Moir street.

Fire in the early days was always a worry as a lot of the buildings were of timber and corrugated iron and a large fire in 1911 in Morgans street destroyed the Palace restaurant, but luckily Brunwins building on the west side was saved. In 1915 a poem in the newspapers paid tribute to Brunwin and his Hop Beer.  He was also a member of the local Roads Board. The factory at 74 Morgans street operated till Brunwin’s death in 1931. He passed away in Perth on 27 Sept 1931 and is buried in Karrakatta Cemetery. His wife Elizabeth “Ruth” Brunwin carried on the business, I believe above Daws shop on the corner of Morgan and Moir streets and is listed in Wises Post Office Directories as manageress after his death. By 1945 no surname is attached to the Ravensthorpe Aerated Water company listing and it is still listed until 1949 although in the Universal Business Directory of 1954 the listing has been removed. Brunwins wife married Frederick George Briggs in 1942 and farmer, James Fabian in 1952 and she died at Ravensthorpe in 1955.  “Ruth” Fabian left her estate to the local St Johns Ambulance Association and with the funds, a new headquarters was erected in town.

PHILLIPS RIVER BREWING AND AERATED WATER COMPANY LIMITED – A meeting was called in Apr 1906 by John Alt who was appointed manager of the company. The main shareholders were W Moir, C F Brown and W Dunn. Capital of 3,000 pound in 3,000, 1 pound shares was declared. In July the company bought the Esperance Brewery building and transported it to Ravensthorpe where it was erected just outside town. In Oct, John Alfieri was secretary. In the beginning they may have used bottles from Norseman as John Alt had been manager of the Norseman Brewery in 1905 and Louis Weise advertised in Apr 1906 that his casks, crates, syphons and bottles were now the property of the Phillips River Brewing and Aerated Water Co Ltd, to be registered at Ravensthorpe.  Marble bottles found for Phillips River Brewery had P R on their bottles. In December the publisher of the local newspaper visited the factory which had just been completed and found a splendid brew in the cellar. The machinery was capable of producing 10 hogshead a day and could be increased to make 25 hogsheads. (a Hogshead is equal to approximately 246 litres). A Barnett & Fosters aerated water plant was fitted, together with syphons and other bottling racks with a capacity of 1000 dozen per day and a condenser was being erected on site to produce 1,000 gallons of water a day and a well was also on the property. The brewery was about 1.5k’s outside Ravensthorpe.

Their ad for December 1906 stated Locally brewed “Raven” brand Ale and Stout, aerated water, cordial and ginger beer. These products could be obtained from the Goldfields Club Hotel, Miners Arms, Mount Desmond and Port Hotel at Hopetoun. John Alt, manager. At some stage Stanley H Merrifield bottled these products featuring the “Raven” brand for Phillips River Brewing Co Ltd. The last ad advertising the name of John Alt was 20 June 1908 although he continued with the firm. The Raven Brewery & Aerated Water Factory directors appointed James Clingio as manager when brewer/manager, John Alt retired In November 1909. In March 1910 tenders for leasing the PHILLIPS RIVER BREWING & AERATED WATER Co Ltd was advertised by Secretary R G Gladstone. No ads appear for the company after 2 May 1910. The building was sold c1914. 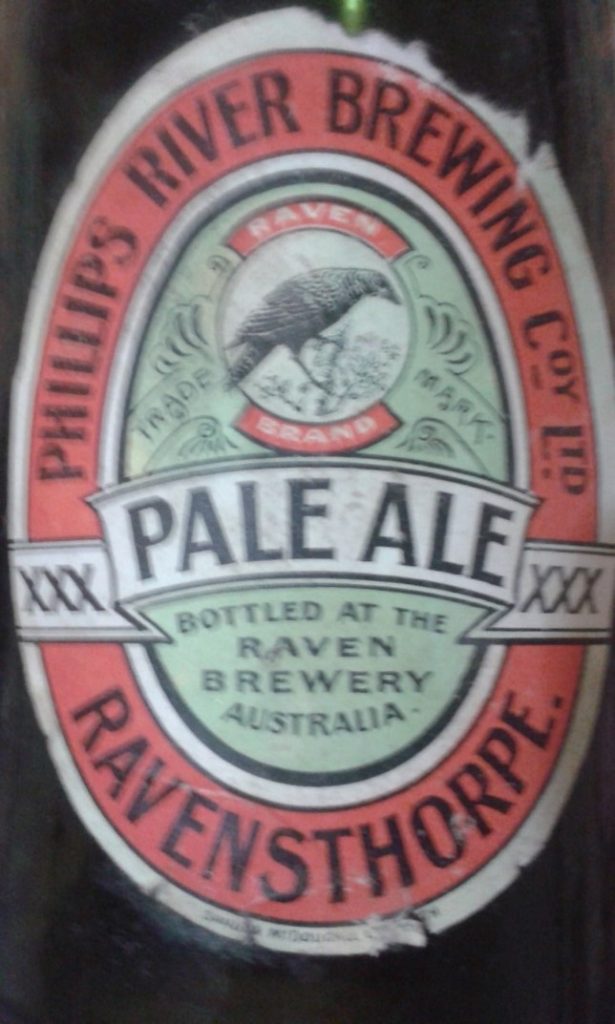 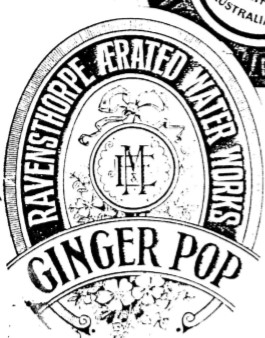 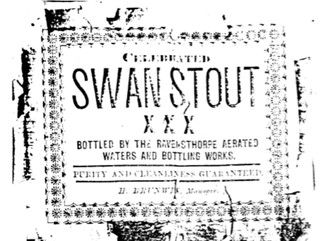 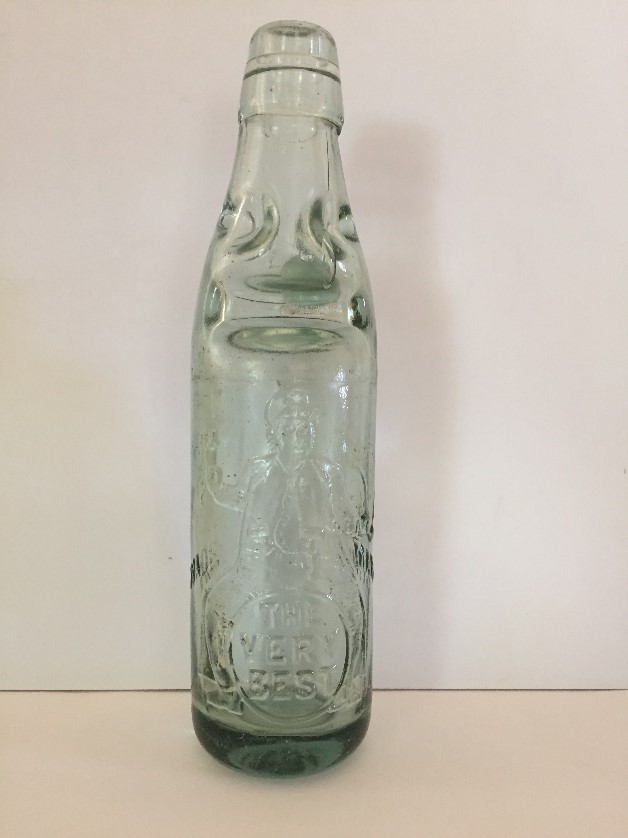 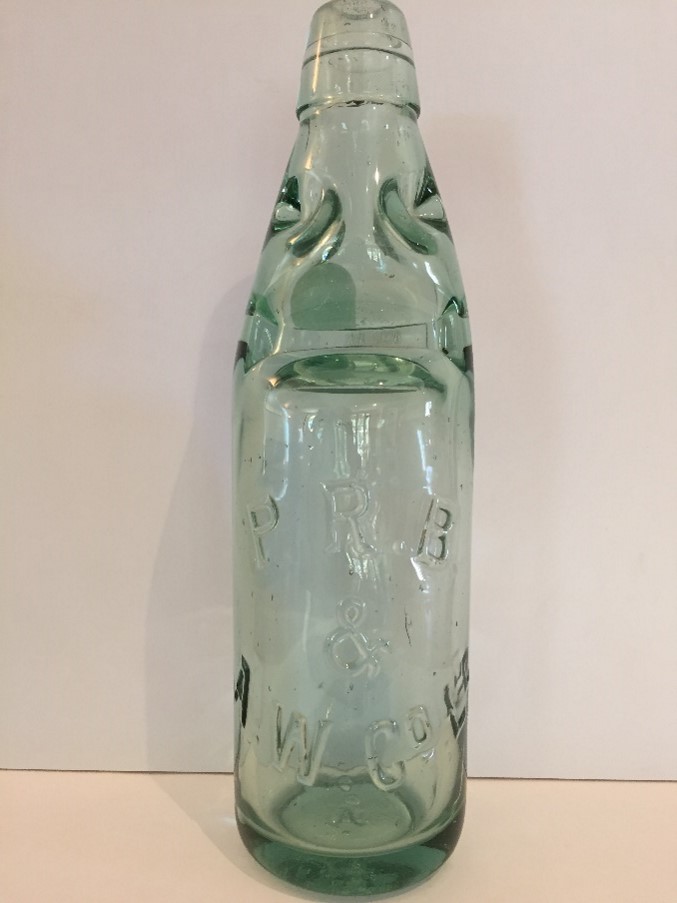