The Penfolds Vineyards were established near Adelaide, South Australia in 1844 by Christopher & Mary Penfold having emigrated from Sussex, England.
They settled at Magill Estate close to Adelaide establishing their iconic vineyard.
The company was later run by members of the Penfold – Hyland families and remains a significant Australian company. The vineyard and family history is well documented.

Wine & Spirit Merchants in Perth commenced stocking ranges of Penfolds wine from around 1886.

Penfolds eventually opened their own store in Perth trading as Penfold & Co in Howard Street, Perth.
All advertising was under the name Penfold & Co and they continued off Howard Street, on a laneway known as Penfold Place.
They were still trading there in the 1940’s .
Records indicate the company finally became “Limited” around June, 1918 though they still mostly traded as Penfolds & Co.

The Demijohn:
This is a Two Gallon ceramic demijohn with cream matt finish sides and tan top, impressed Penfolds Wines Ltd Perth.
The matt finish was typical to cater for a wicker basket.
There is no makers name, however most probably it was made locally by the Courtland Pottery Factory in Belmont.
The significance of the “Ltd” indicates it was made after 1918.
No other larger or smaller Penfolds demijohns have been found to date. 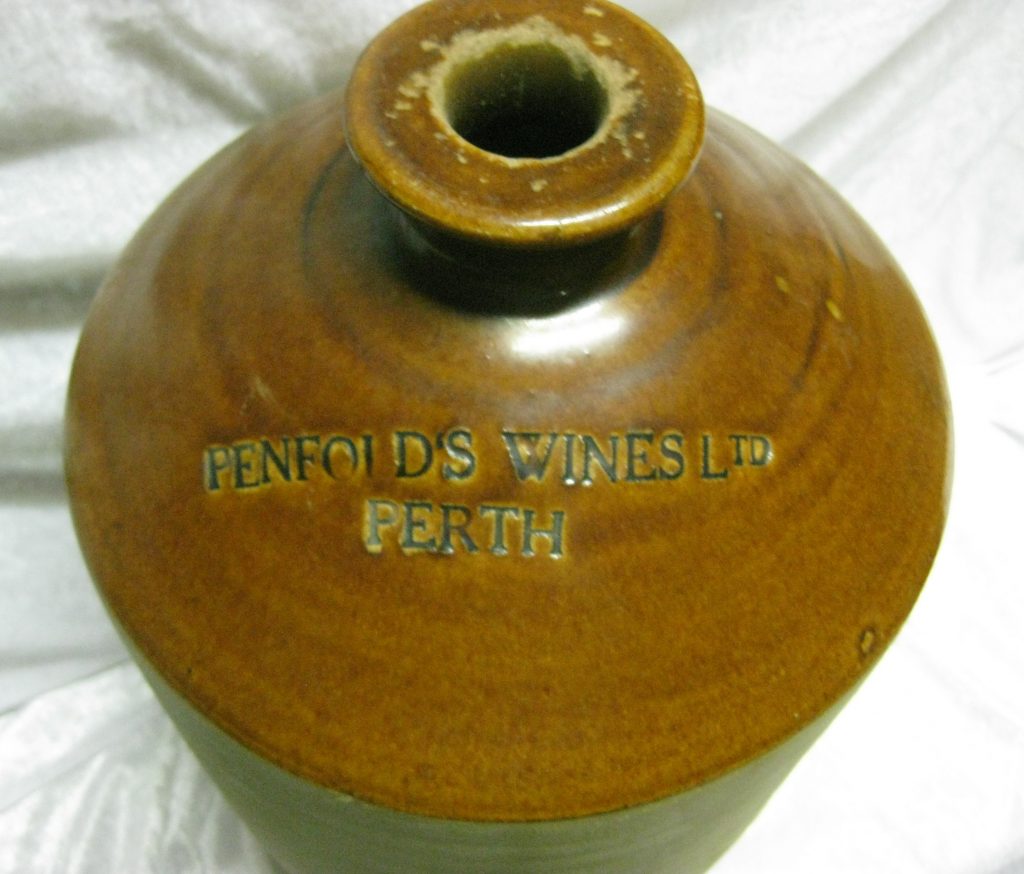