In May 1891 Sydney Gibbings purchased a half acre property in Gregory Street, Northam close to the corner of Burgoyne Street.

By December 1892 he opened the “Knight Templar Cordial Manufactory” in partnership with a Mr Carstairs.

Gibbings is believed to be the first aerated water manufacturer to use embossed marble bottles in Northam.

They are embossed simply as S Gibbings & Co Northam and show the Niagara Patent of Barnett & Foster London on the reverse.

There appears to be a time when Gibbings entered into a partnership with a Mr Arthur Davis and they had produced marble bottles embossed Gibbins & Davis Northam.
These incorrectly show Gibbings as Gibbins.
They were also made by Barnett & Foster with Niagara Patent on the reverse side. 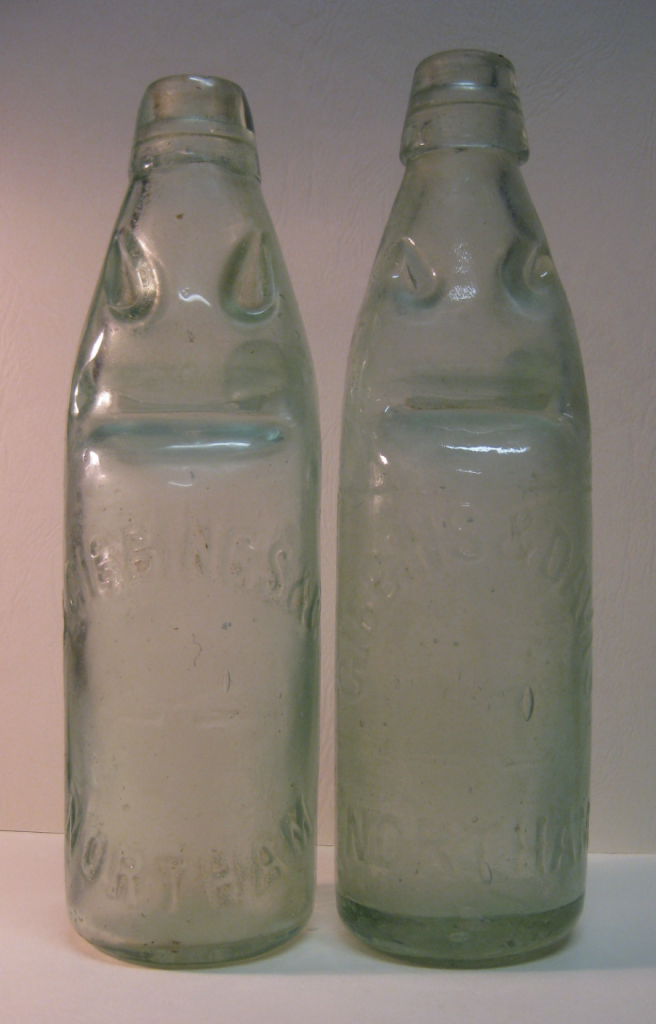