In May 1919 the aerated water factory once owned by Sydney Gibbings and later Donaldson & Collins in Northam was sold by William Strickland the proprietor of Donaldson & Collins.
The new proprietors were a partnership of George Alfred Coxon and Ernest Watson.
Little is known of either Coxon or Watson prior to this association and there is no recorded evidence of either being previously involved in the aerated water trade.
Coxon appears to have come from Victoria, married Maud Wooton in 1904 and lived in the Maylands area for some time between 1910 and 1919.
Watson appears to have moved to Northam from Perth around 1919.

They continued to trade under the well established name of Donaldson & Collins and continued to use the hand embossed bottles with the operating term “Red Hand”.
In 1928 Watson sold his share in the business to Coxon and George Coxon became the sole proprietor.
Keith Wooton Coxon was born in 1907 and by 1928 had established himself in the aerated water business.

George Coxon continued to produce aerated waters using the Donaldson & Collins bottle stock.
In May 1941 he transferred his interests in the factory to his son Keith Coxon who continued the business as a cool drink manufacturer.
It was noted that post World War 2 immigrants were shocked to see the “Red Hand” labels on Coxon’s drinks .
This reminded them of the socialist countries they had fled from so they refused to buy Coxon products.
This situation prompted the change in labels and Coxon embossed bottles were produced.
These are quite plain 26oz brown crown seals and 6oz clear crown seals. 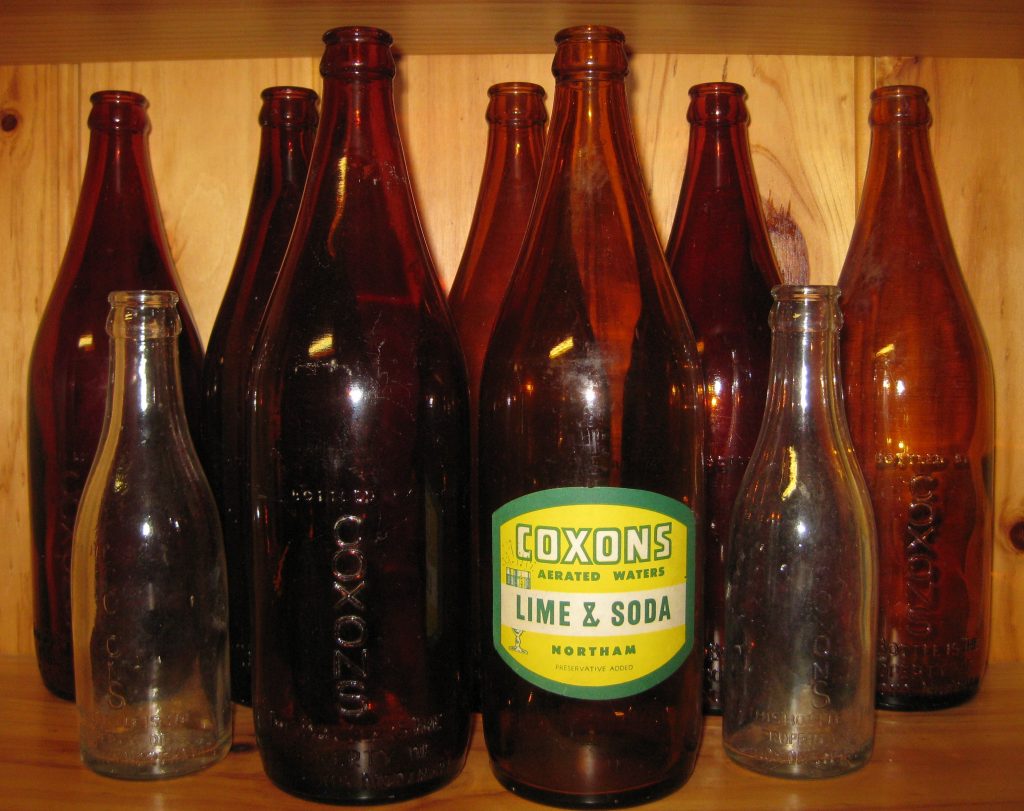