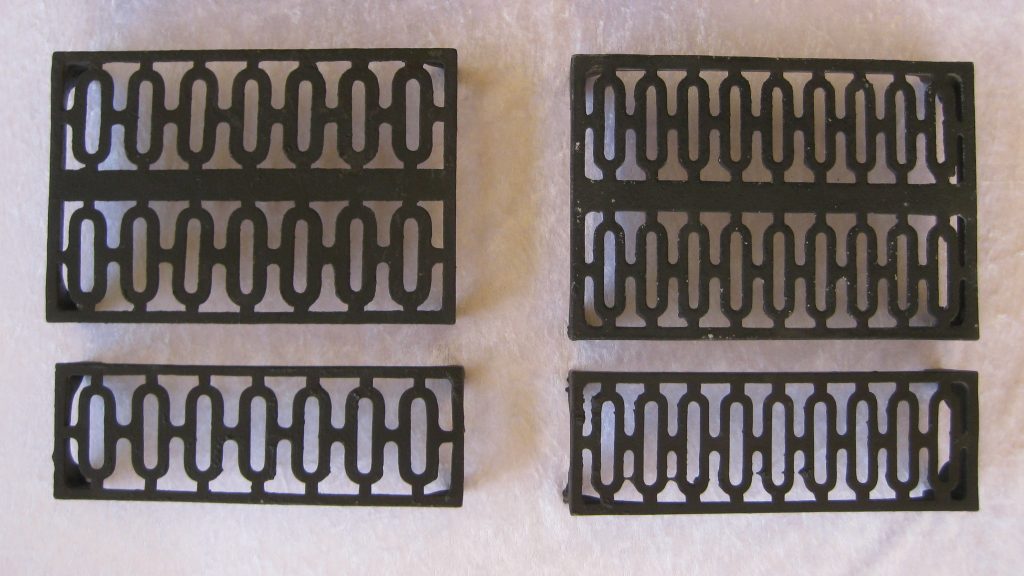 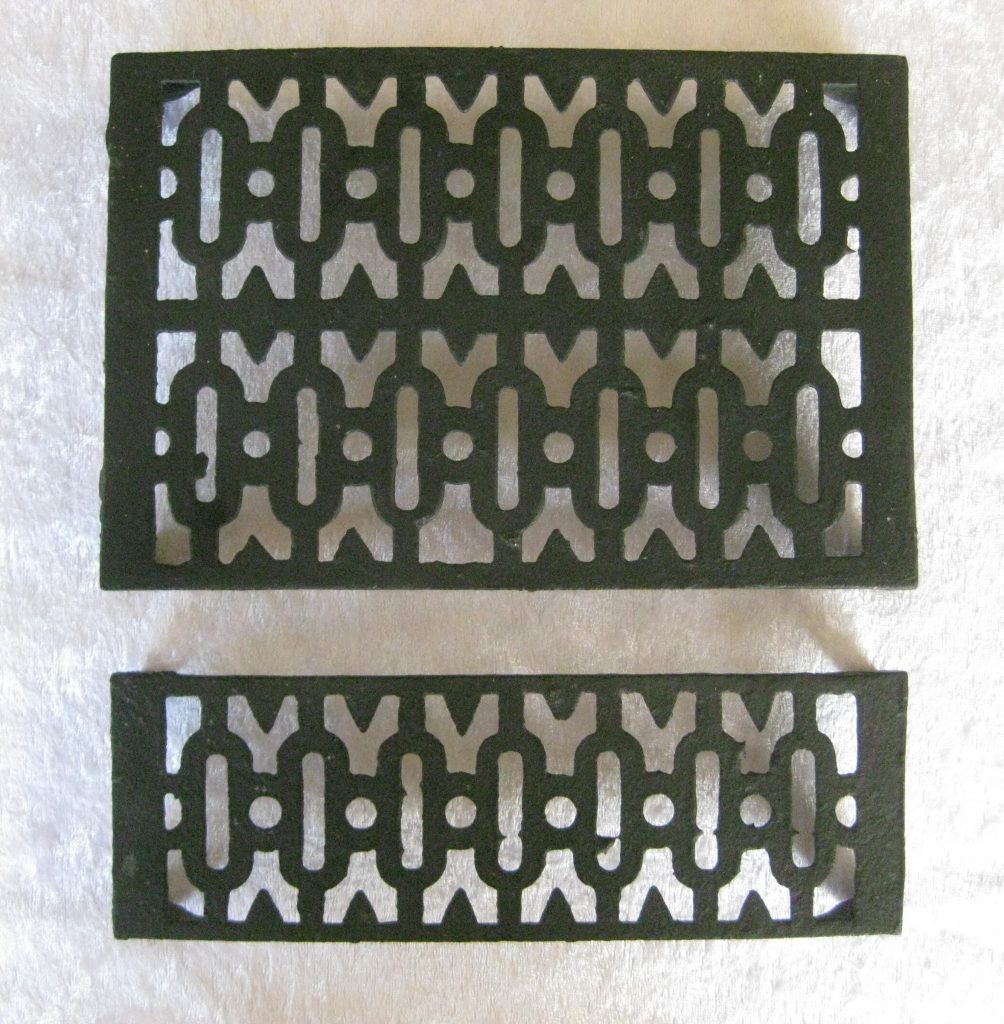 During the rapid housing development in Perth and surrounds between 1890 and 1915 most houses were made from double brick walls. To cater for the high ranges of summer temperatures double brick size air vents were inserted into external walls, usually at a height of either one or two brick levels above the floor level. Additionally, single brick cast vents were inserted close to the ceiling usually in the second top course of bricks for better ventilation.

The age of the building may be determined by either the company that made the brick (type of clay or stamped), the style of the vent and in some cases the numeric British Registration number inserted into the back of the cast mould (eg Rd. No 66461 can be traced to circa 1887).

The single bar vents are usually some of the older found and may have either 10, 11 or 12 bars. Whist they look the same there are many variables for collectors to pursue. Manufactures introduced intricate and fancier designs such as circles, squares and hearts to compliment client demands. In some instanced vents had closing flaps essentially at the ground level to cater for wintertime.

Over time cast vents (perhaps around 1815) cast gave way to terracotta vents and many pottery works and brick makers introduced a line of baked vents. Some of these are collectable especially a range stamped “SPW” a trade stamp of Courtland Pottery, Belmont. The SPW stands for Sydney Pottery Works.

Collectors of vents may find them a demolition yards or simply at the demolition site with permission from the demolisher or builder to collect. However on today’s standards they are highly sought after for new houses and renovation projects. There is now also a range of reproduction vents available.