Letterpress printing, that is, printing from a raised surface, is generally considered to have started with Gutenberg back in the 15th century.

In reality, printing from a raised surface had been around for hundreds of years with the Chinese printing from terracotta tablets and other printing from carved wood surfaces.  It is said the oldest known printed book was printed in China in 868 A.D.

Gutenberg however did master the skill to cast individual letters on the end of a piece of lead thus enabling words to be created and recreated and impressions taken from them.  He also was able to devise a piece of equipment to hold these letters, have them inked and enable paper or the like to take the impression.  It is estimated that within 50 years of his invention, there were some 500,000 books completed. 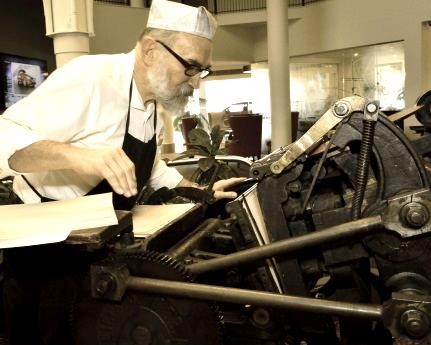 From the mid-1400s until beginning of the 1800s, this piece of equipment was a wooden printing press.  Industrial advancement however meant that by the start of the 19th century it was possible to create a metal printing press which resulted in a more efficient and effective way of printing.

It was only a matter of time until a new way of printing from lead type was invented.  The horizontal process of the old wooden press, gave way to the vertical platen.  Flat-bed printing continued with the development of other presses.  In 1814, the Times of London installed a steam-powered press that used a rolling cylinder to press paper against a flat bed of type. It printed 1,100 sheets in one hour.

Advancement saw the development of what are generally termed Cropper presses.  Various companies took part in constructing a variety of presses and the equipment needed to make them work.

This style of printing continued through well into the 1970s until lithography (or off-set) printing took over, only to be superseded by digital printing within the next couple of decades.

Letterpress printing presses come in all shapes and sizes.  Due to the ability to press letters deeply into paper, the process is enjoying a resurgence of popularity.  The printers of yesteryear would consider this “bad printing” as their goal was to have a clear print without any impression on the paper at all!

Old letterpress machines are now sought by this new wave of printers.  Many no longer use traditional printers’ type made of a lead alloy, but rather compose their items on a computer and have a plastic block made with the words and images raised – similar to the old process.

Presses are now sought and retention of these and of the equipment associated with them.  These pages will talk about some of the presses collected and their pieces of equipment. 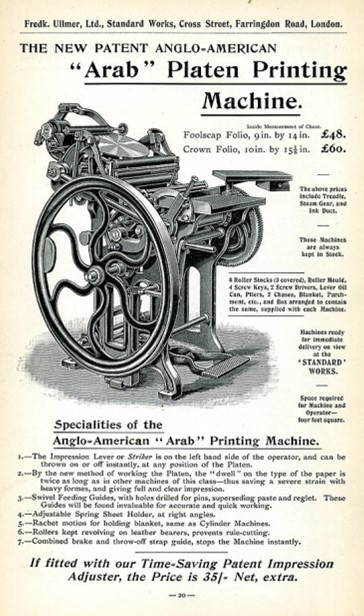