Lehmann Bros marble bottles have the inscription L H and 4 dimples on the bottle and they come in two sizes, 200mm & 240mm. These bottles are not common as the company only traded for a short time.

Herman Ernest Lehmann was born in Victoria in 1879 and was one of 12 children. I believe, as he named the company Lehmann Bros, his brothers Charles 1885 – 1947 and Alfred 1887 – 1954 may have been his partners but I have not confirmed this information. On the Electoral Roll for 1910 brother Alfred gave his occupation as cordial maker and living at 77 Richardson St, Boulder.  Alfred and wife Mary were at Tower street in Leederville in 1915 and he was a horse driver.  Brother Charles was also at Richardson Street, Boulder in 1910 but was a miner.

In 1905 Herman is living in Hopkins Street, Boulder. In November of that year he advertised for a smart lad, used to factory work and must be a good wirer. The boy was to apply to Lehmann Bros of Hopkins Street.

There were many aerated water companies operating in the Kalgoorlie and Boulder areas during this period. There was constant “borrowing” of each other’s bottles, especially if glass bottles from interstate or overseas orders were delayed.  The companies filled these bottles with their own product even though the inscription on the bottle belonged to another company. Consequently, arguments arose between the companies until a prosecution occurred and Herman Lehmann was caught using bottles belonging to Mackay & Co in April 1906. He pleaded quilty and was fined 1 pound with court costs of 3 pound 9 shillings and 6 pence.

He also dabbled in prospecting & applied for a miner’s homestead lease and the company supplied wood to the community from their wood yard.

In July 1907 he put the cordial factory & wood yard up for sale. In November, H T Wallace auctioneer advertised the business for auction on the corner of Forrest and Brookman Streets, Boulder. The items to be sold included a Barnett & Foster Niagara Aerating machine, a 5 HP motor, corking and turnover racks, saw benches, saws, horse and 2 spring carts. All the items may not have sold as the following year in November, Lehmann advertised a complete aerated water plant and patent bottles for sale and to apply at Lehmann Bros, Richardson St, Boulder.

The 1910 Wises Post Office Directories gave his occupation as grocer, of North Tce, Boulder, although the Electoral Roll states cordial maker. At the start of 1913 he was a miner and living at 54 North Tce Boulder but sold a shed from 77 Richardson street in December, where his brother Charles had been living in 1910.  In 1916 /17 he is living in River St, Collie and a hewer. He and his wife Susan Margaret Lehmann moved to 50 Burke st, Leederville by 1925 and he gave his occupation as grocer. He continued to be listed at this address and a grocer in the Electoral Rolls until his passing in 1967.

His brother Charles married in Perth in 1914 and he joined the Government Railways.

Herman Lehmann had an interest in civic affairs and politics all his life and died on 19 September 1967 aged 88 years.

I believe the company of Lehmann Bros only operated from around 1905 until 1907 in Boulder. 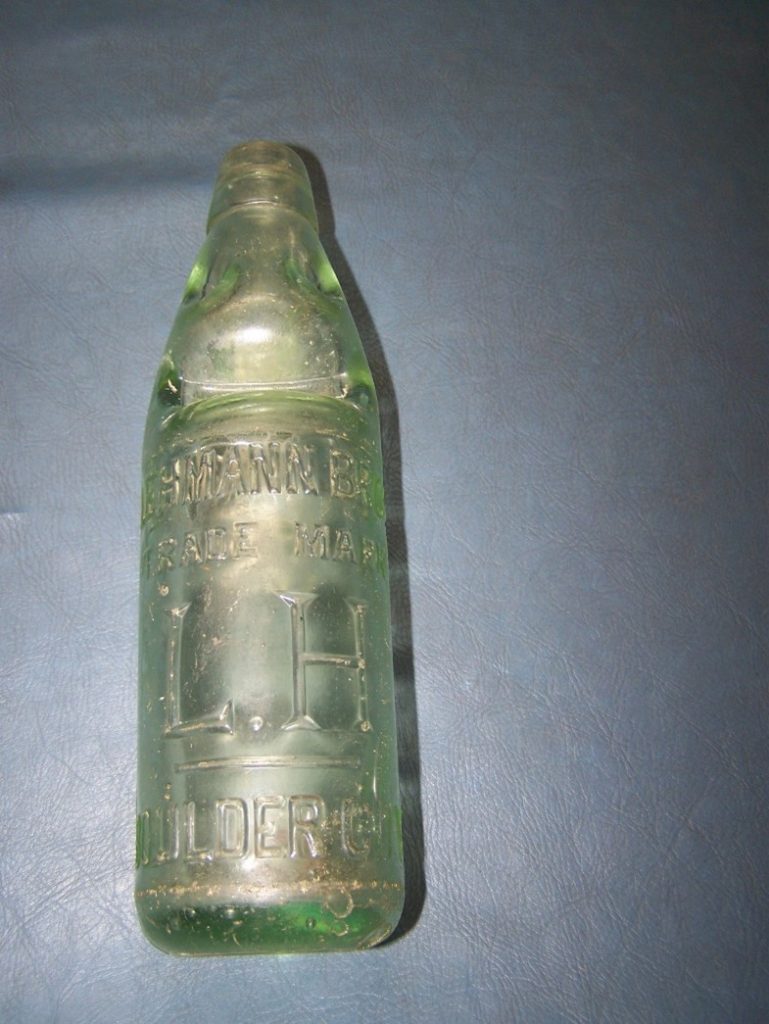