The “Kookaburra” bottle is sought after by many avid crown seal collector’s. It is highly regarded as one of the states most recognised amber pictorial 26oz bottles. Crown seal collectors feature this bottle at show time & as the company did not trade over a long period of time, it is not an easy bottle to acquire.

Company owner Jack Bradshaw of 11 Tuckey Street, Mandurah was born at Black Range in 1907. His father Ellis had come from Tasmania to the Goldfields where he married Annie Smith in 1905 at Leonora. Jack spent his early years around this area before coming to Mandurah.

He first had a hairdresser and tobacconist shop in Mandurah Terrace, opposite the foreshore. Les Harper was the local hairdresser but he joined the forces during WW2 so Jack conducted the business in his absence. After Les returned, Bradshaw had a Delicatessen at 2 Mandurah Terrace & while this venture proved profitable, he decided to start an aerated water factory. Mandurah was lacking in this facility so a new enterprise began. He bought the plant from a country aerated water manufacturer who had ceased production & installed it behind his home in Tuckey Street. Jack did not have any experience in this trade but with the growing population in Mandurah, especially in the summer months, he expected the venture to do well. The country manufacturer came to help Jack in the beginning & I believe the year was about 1946.

The first bottles were brown 26oz clean skins with paper labels & eventually the “Kookaburra” branded bottle, sort after today, was produced. The company did not make any other size bottle and it was only in the brown/amber colour.

He applied for a licence to have a billiard table in his shop in 1948 and was also a licensed bookmaker.

Mackay, Weaver & Lock and Letchfords were all large companies at the time and he did not anticipate the effect these companies would have on his business. He could not compete with the prices they offered the storekeepers for their product so after some deliberation he decided to sell the business. Patrick Bensted had arrived in the district from the wheatbelt and he bought the business in about 1953. He persevered for some time but eventually with the arrival of Coke/Gest etc the business fell into decline.

Jack Bradshaw died in 1976. The family did not keep any bottles as to them, they were just cool drink bottles & now because of interest in bottle collecting and collectables these items are now coveted by many. 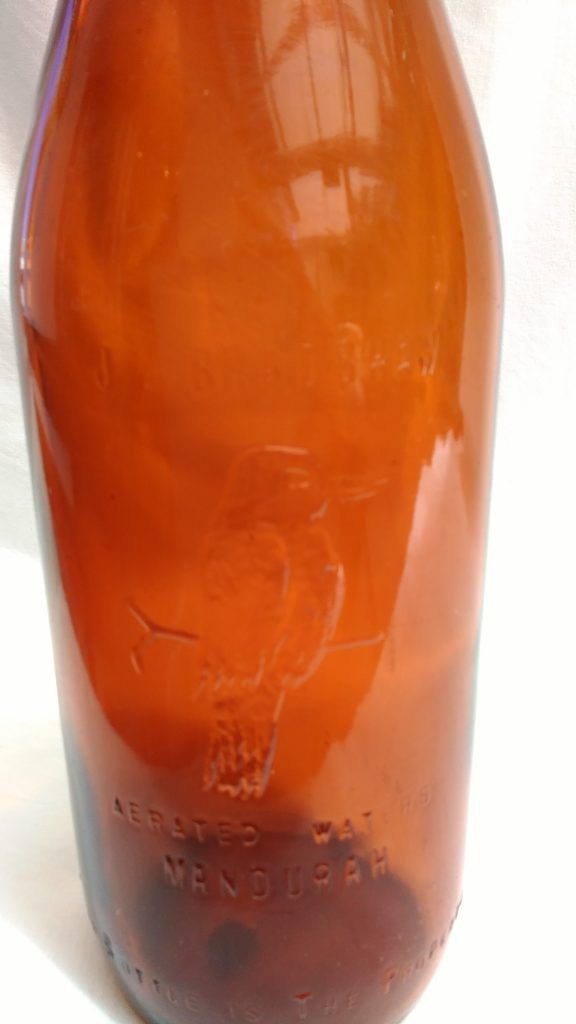 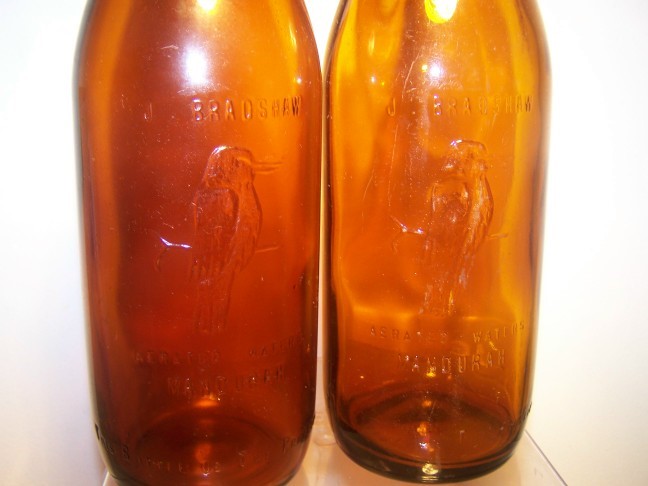 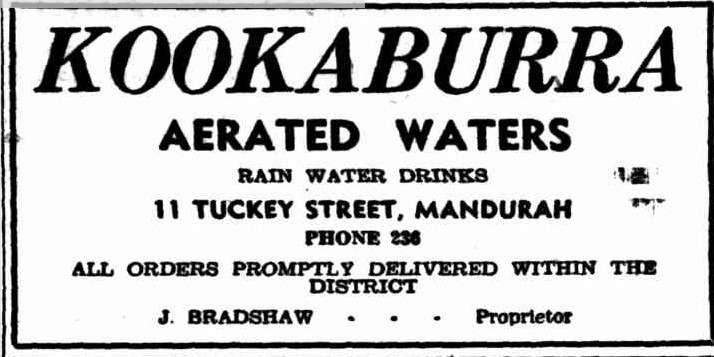