The Beverages Company (Moore Bros) started off 114 James St. behind the home of Joseph & Esther in 1913 & continued at this address until approximately 1930. Josephs sons, Robert born 1888 & married Martha Cort in 1908, Albert born 1892 married Victoria King in 1914 & Ernest born 1895 were all cordial makers. The Beverages Company under that name is listed in the Directories (off 114 James St.) until 1937. I believe the Company finished there in 1930 as Robert & Albert were at the rear of 110 James St. in that year & various other people rented the rear of 114 James St. after that date.

The Shamrock Cordial Factory is not listed under that name until 1919, off 114 James St. & continued until 1930 when they moved to the rear of 15 Garden St. Perth. The Directories ceased publication in 1949 & the Factory may have continued for a few years after this date. Between 1919-1930 the Beverages & Shamrock Companies operated from the one address (114 James St.).

From 1910-1913 Watkins from Boulder had the Shamrock Cordial Factory name so if Moore used that name, when he first started in Roe St, there may have been confusion. Luckily distance may have saved the day from Trade Mark litigation.

The Beverages c/s bottle had R & A M as a Trade Mark, presumably Robert & Albert Moore.

I have found it difficult to accurately state which member of the Moore family controlled the Shamrock & Beverages Companies over the many years. They used many Trade Marks from a three leaf clover (Shamrock) on Ginger Beers, R M in a triangle & also joined hands of unity inside the wording Shamrock Aer. Wat. Co. The Ginger Beers come in the prized Green top & also blue & brown, crown seals & blob tops

Joseph Moore left Roe St. in 1912 & Gibson & Starr took over the factory for 2 years till 1914, then ceased production. They used the joined hands of unity Trade Mark on their c/s skittle bottle, so is the joined hands of unity with Shamrock wording a Moore marble bottle or does it belong to the Gibson & Starr company?  Joseph Moore may have used this in 1910 so there is a grey area in my research in the link with these two companies.

The trade mark for the Shamrock 8oz marble bottle has the hands of unity trade mark underneath the Union Jack, enclosed in a double circle with the wording The Shamrock Aerated Water Co Perth Ltd. The bottle is made by A. Alexander & Co, Leeds & London.

Of Joseph & Esthers 13 children only 7 survived to adulthood & the other surviving son William born 1889 was a blacksmith like his father & he & wife Elsie nee Bloomer lived in Lake St. Perth. When Joseph died in 1935, he had moved to Francis St, Perth, son Robert died in 1962, Albert in 1943 & late of the Shamrock Cordial Factory & Ernest died in 1953 & by then he was at the West Perth Case Factory. 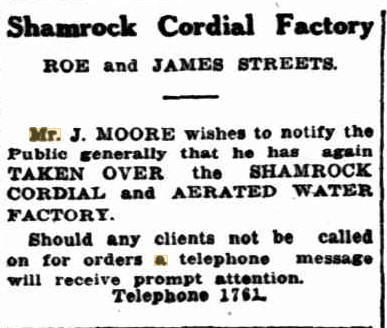 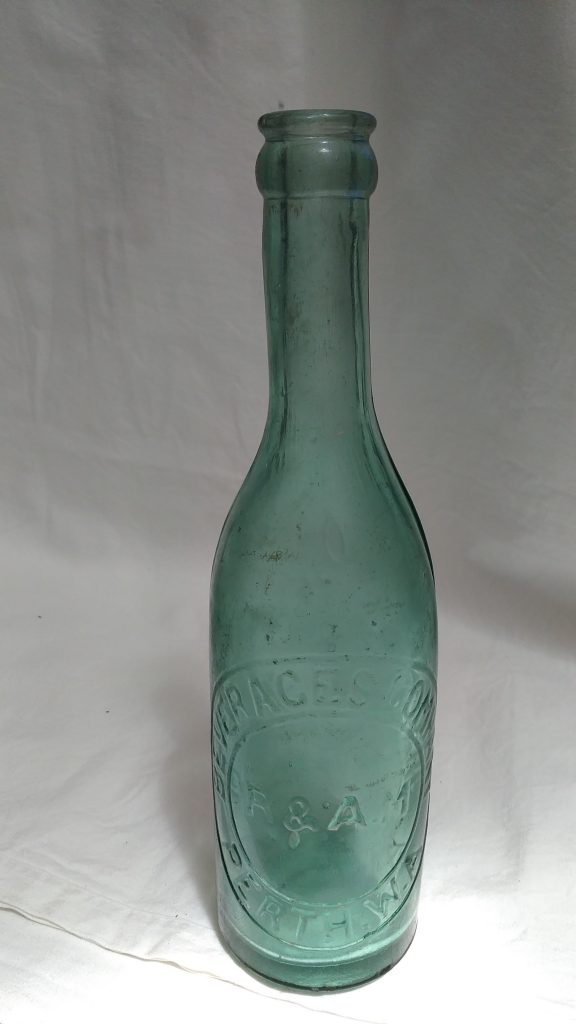 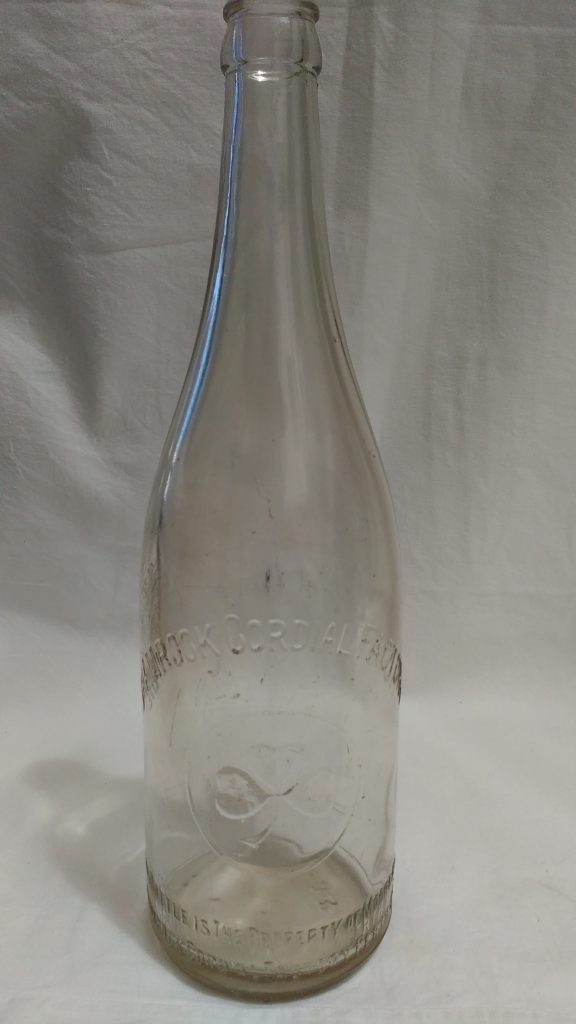 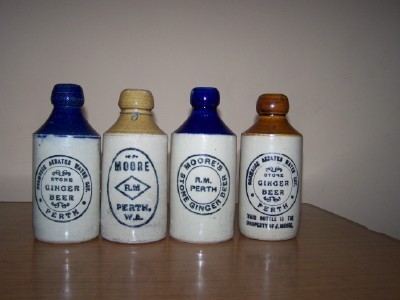