JAMES ALBERT TURNER was born in 1869 at Duckinfield, Cheshire, England. His father was a furnace man and when James reached the age of 21 his occupation was listed as cotton turner. While working in the cotton trade he met local girl MARTHA ARNOLD, a weaver and they married in 1892. By 1901 he had changed his occupation to hop beer manufacturer. Sometime between 1901 and early 1910 Turner and his wife arrived in WA where he was appointed brewery foreman at HENRY GRATTE’s NORTHAM BREWERY.

In Aug 1910, Turner applied for a 2 gallon licence for the Northam Brewery under transfer from Henry Gratte. However, by March 1911 he decided to move to GOOMALLING and go into the aerated water & cordial business on his own account. In May 1911 he transferred the 2 gallon licence at the Northam Brewery to George William York. Turner soon won awards at the Royal and local shows for his hop beer and other lines. His brother in law, HARRY ARNOLD had come out from England and is listed in Wises Post Office Directories as an aerated water manufacturer at Goomalling from 1917 – 1920.

After 9 years in Goomalling, Turner advertised his business for sale as he was returning to England. His 60’ x 25’ Factory was on a half acre block which also included stables, 6 tanks, connection to the Goldfields water supply and a 6 roomed home. Turner was held in such esteem by the townsfolk for his participation in town affairs and charity work that he was presented with a gold mounted walking cane and Mrs Turner received a handbag and case containing a silver brush, comb and mirror, when they left the district. While in England Turner lived at Blackpool in Lancashire where he held business interests, but he returned to WA in 1923 and in April commenced business again in the cordial industry at 5 – 7 Peel Terrace, Northam on the NE corner of Peel Terrace and Fitzgerald Streets. The property was owned by Cecil and George Throssell.

In 1924 he was off to England again but had left his business under management. Was the manager his brother in law Harry Arnold? He returned again and in 1926 advertised he would send his drinks freight free to railway sidings within 200 miles of Northam. In 1927 HARRY ARNOLD left for England on the Orvieto but died at sea on 5 March 1927. His last address was given as Northam WA and his occupation as Bottler. His birth place as Ashton under Lynne, Lancashire like his older sister MARTHA TURNER. Turner himself left again for England in April and arrived back in Northam in October 1928 and proceeded to put his business up for sale. JAMES ALBERT TURNER died at Blackpool, England on 24 March 1930.

Late in 1929 DOUGLAS EARD GOLDSMITH became the new proprietor of the Turner Factory. He was born in 1883 in South Australia and had accepted a block at Pingelly after the Boer War. With young children to educate he moved to Northam in 1928 and so began his business interests including Turners Aerated water factory. Adjoining the Peel Terrace block was another Aerated Water manufacturer at 9 Peel Terrace. Mrs W Appleton was located here from 1929 till 1933 when GOLDSMITH moved into the premises in 1935 and continued to trade using the J A Turner name. GOLDSMITH’s ancestors had come from the Isle of Man so he used the Isle of Man crest of three legs as his trade mark on bottles embossed Turners Northam. WW2 rationing saw GOLDSMITH close his factory in 1942 – 43. He died at Northam in 1951.

A factory known as Turners Cordial Factory was re- established at 258 Fitzgerald Street in 1946 by THOMAS HENRY HARROP and EVELYN MARY PENN. However, his tenure expired soon after when the partnership was dissolved on 1 February 1948. Widow Evelyn Penn retired and HARROP continued until the shortage of bottles after the war and unseasonable weather saw such loses that he filed for bankruptcy in February 1950. J A Turner marble bottles are embossed J A Turner, Northam while crown seals used by Goldsmith carry the Isle of Man crest as Trade Mark and the words Turners Northam. I believe the Goomalling bottles of Turner, Ward and Gregson were not branded and they likely used paper labels.

HENRY HUTCHINSON WARD was born in 1888 at Kirkham in Lancashire, England, his father being a chemist and dentist. Henry’s mother died after the birth of daughter Lillie in 1891 leaving Henry’s father with 3 children under 3 years old. Henry was placed in the care of his uncles and spinster aunts at Wharles, Lancashire where they were farmers. Thomas Ward and his sisters, cared for Henry till his teenage years. Living here in 1901 was Thomas Wards widowed sister Margaret Hull and her daughter Jane Gertrude Hull aged 7 years. Jane continued to live in the household till 1911 when GEORGE GREGSON joined the household as a horseman.

HENRY HUTCHINSON WARD arrived in WA before 1914 and proceeded to Goomalling where he was employed by Mr J Jenkins as a farm labourer. In 1914, while living here he enlisted in WW1, as a driver and spent time overseas until 1918 when he returned to Goomalling. He met Nellie Dorothy Moore and they married in Albany in 1925 and settled back at Goomalling where their first child was born in 1926. Ward took over JAMES ALBERT TURNER’s aerated water factory with his relative GEORGE GREGSON around 1927.

GEORGE GREGSON was born in Preston, Lancashire in 1893 and married HENRY HUTCHINSON WARD’s cousin JANE GERTRUDE HULL at Preston in 1920. They left England in June 1925 with 2 daughters aged 3 and 2 years. Sadly, their youngest daughter died at sea in 1925 of meningitis.

WARD & GREGSON continued to produce aerated waters together until they dissolved their partnership on 30 June 1935. Gregson would carry on the business and Ward moved to Victoria Park. Ward, also served in WW2 and retired in the 1950’s and died at Hamilton Hill in 1968 aged 79 years. H H Ward & Co is listed in the Country Trade Directory of 1954 at Goomalling but I believe Gregson is the proprietor but still used Ward’s name. A George Gregson held a Marine Collectors Licence at Goomalling in 1963. Country aerated water factories declined in the 1960’s because they couldn’t compete against the large companies like Coca Cola etc.

I believe Ward and Gregson did not have their name impressed on their crown seal bottles as none have been found. A country bottle collector purchased Gregson’s 1925 Chev series M truck and has it partly restored. Gregson remained in Goomalling and died there in 1973 and wife Jane passed away in 1955. 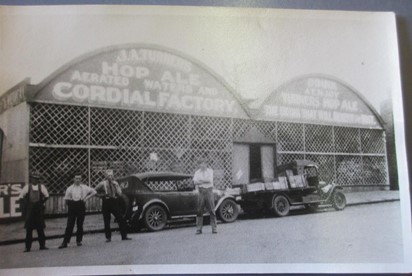 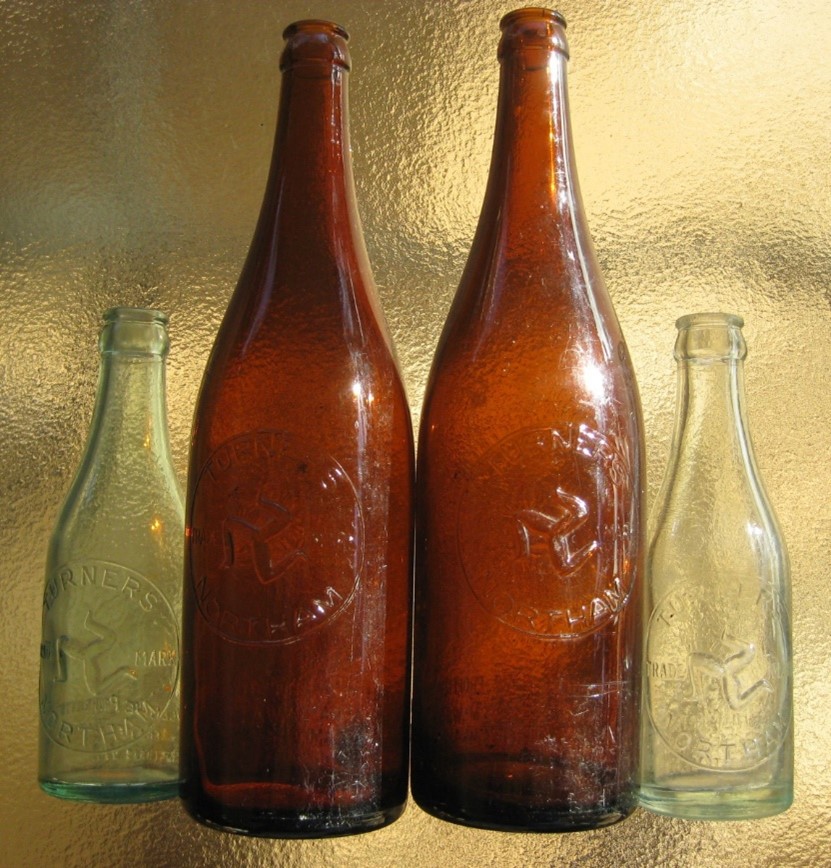 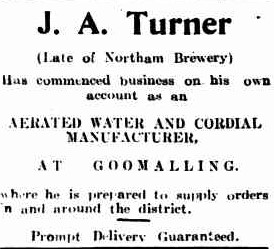