Jacob Asher was a prominent aerated water manufacturer in the Goldfields and Fremantle between 1897 – 1922. He produced various shaped bottles including the champagne shaped brown top on cream ginger beers, of the Crown Cordial Factory, Kalgoorlie, the squat, blob topped brown on cream with the Eclipse Trademark ginger beer, Eclipse trademark marble bottles and also crown seal bottles including one brown, 30cm high, 26 oz bottle with J Asher Eclipse Cordial Factory Fremantle impressed on the surface. This Fremantle bottle is made in Adelaide and quite rare, because of Asher’s short tenure in Fremantle. A clear glass water jug with acid etched wording “Crown Cordial Factory, J Asher & Co”, exists for his company.

He was born in Russia in 1848. Before arriving in Fremantle in 1886 he had been a resident of South Australia and in Fremantle he applied for a Hawkers & Pedlars Licence on 5 December 1887. He then formed a partnership with George Flood as storekeepers at Moorambine, near York, mainly dealing in sandalwood. They became bankrupt in January 1890 and in 1894 he paid 300 pound for a building known as the Club Hotel at Kooralwalyee, aka 12 Mile, which had been owned by I J K Cohn. However, a dispute arose with Hobson, Cohn’s landlord, who demolished the building, leaving Asher to lodge a court case for loss of this iron and matchboard premises. In 1897 he was in Southern Cross, working for Freedman & Company. In August 1899 he purchased an interest in I J K Cohn’s, Bulong Cordial Factory. He was now sole proprietor and had permission to use all Cohn’s bottles with the trade mark I C in a heart, until he could receive supplies of bottles bearing his own J Asher registered brand.  He applied for a gallon licence for this factory on 16 November 1899. He registered his trade mark J A for mineral and aerated waters and ginger beer in 1900.

In May 1900 he moved to Town Lot 224, Dugan Street, Kalgoorlie, where he formed a partnership with Thomas Powell, Peter Cox and John Ernest Beel, which became the Crown Cordial Factory. In October 1902 he had increased the size of the factory to 50’ x 20’ and installed a new 3 HP motor and new machinery. He was also interested in sporting activities and took over the management of the Horseshoe Inn Running Grounds and promoted events with prize money during the year. The Crown Cordial Factory partnership was dissolved on 23 July 1906 when Asher retired. The factory still carried on using his name on the bottles but now Walter Ernest Ransom became a partner with Powell, Cox and Beel. The bottles used at this time, had the trade mark J A on glass codd bottles and stone ginger beers.

Asher now became proprietor of the Oriental Hotel on the corner of Hannan and Cassidy Streets, Kalgoorlie in August 1906. He rented the premises, with the licence transferred from Edward McMorrow. He had moved to the Broken Hill Hotel by November on Town Lot 14 Hannan Street. In May 1907 he transferred the licence to Mary Teresa Ridge and moved back to Southern Cross in December, where he became manager of Freedman’s, new large department store. He had held this position during his earlier time in Southern Cross.

The Crown Cordial Company continued to trade under R T Hager, the manager in 1910, Patrick Whelan in 1912, Robert Moore, proprietor in 1914 and then Richard Leslie Nettle from Norseman took over and the name changed to Nettle and Nettle but still with the Crown trademark.

Asher moved to Coolgardie in May 1911 and took over the Grand Bar & Beer Saloon in Bayley Street before purchasing the rights of the Pioneer Aerated Water Company in December. He also transferred the Exchange Hotel Licence to Maurice Bonney in August 1912.  He took over the Royal Hotel from Michael De Pedro on 28 January 1913 and after March he joined the WA Lion Brewery & Ice Co Ltd where he would continue to manufacture his prize Aerated Waters, cordials, hop and ginger beers  His partnership with Bertie John Arthur Bewick at Coolgardie trading under the name Asher & Bewick was dissolved on 8 March 1913.

In May he took a holiday to the Eastern States. He had been troubled for some time with a leg complaint and one source stated he had an artificial limb. Mr Vincent took over the cordial factory in his absence.  He was back in Kalgoorlie in April 1914 at 97 Dugan Street. He once again went back to the cool drink trade and joined the Eclipse factory at 5 Dugan Street, Kalgoorlie in 1916. This factory had been in opposition to the Crown Company with W Burke as manager in 1901/1902, McDougall & Co proprietor in 1906, W Bourke 1908/10, A Thomas, manager 1912/14 and then Asher & Co in 1916. George Flakelar helped him in this venture until George died in 1918.

Jacob met widow Harriett Eliza Thomson around this time and they married in November 1918 when he was 70 years old. She had a property at Lot 1068 on the cnr High and Montreal Streets in Fremantle in 1915.  The Eclipse Factory was listed For Sale in October 1920 and by August of 1921 he had moved to his new Eclipse Aerated Water, Fremantle premises. It was a large concern of 2 floors, stables, feed room etc. Unfortunately, he passed away only 5 months later on 5 January 1922 and is buried in the Jewish portion of the Fremantle Cemetery in an unmarked grave.

His wife Harriett Eliza Asher passed away In Fairfield, NSW in 1936 in her 78th year.

Footnote– A Jacob Asher applied for a Hawkers Licence in March 1865 in Adelaide, and in 1868 at Kadina S A and was living in Robe S A in 1870. By 1879 Jacob Marcus Asher was a storekeeper at Oladdie S A, then Port Augusta in 1880. Jacob Marcus Asher (Spiewkowski) married Rebecca Kate Bennett in 1882 and had children Felix 1882, Ida Miriam 1884 and Rudolph 1886. His wife died on 9 October 1886 in Adelaide and by November Jacob Marcus Asher put his home at Port Augusta up for sale. If the Jacob Asher who came to WA in late 1886 and applied for a Hawkers Licence at Fremantle in November 1887 is one and the same – he never used Marcus as a middle name again. The three children under four years old at the time of their mother’s death may have been reared by her married sister Mrs John Daniels of Adelaide as the couple had no family of their own and I have found links with this couple. Ida Miriam Asher never married and died in Adelaide in 1966 and her brothers joined the forces in the first World War. I believe the Asher surname was originally Spiewkowski. He was born in 1848 in Russia and had been a resident of South Australia since 1865. 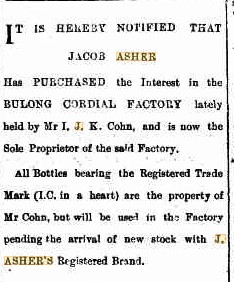 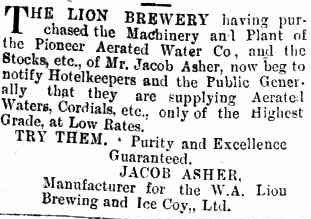 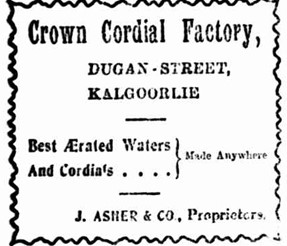 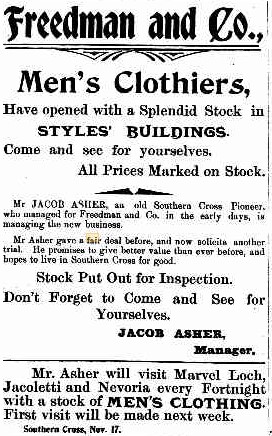 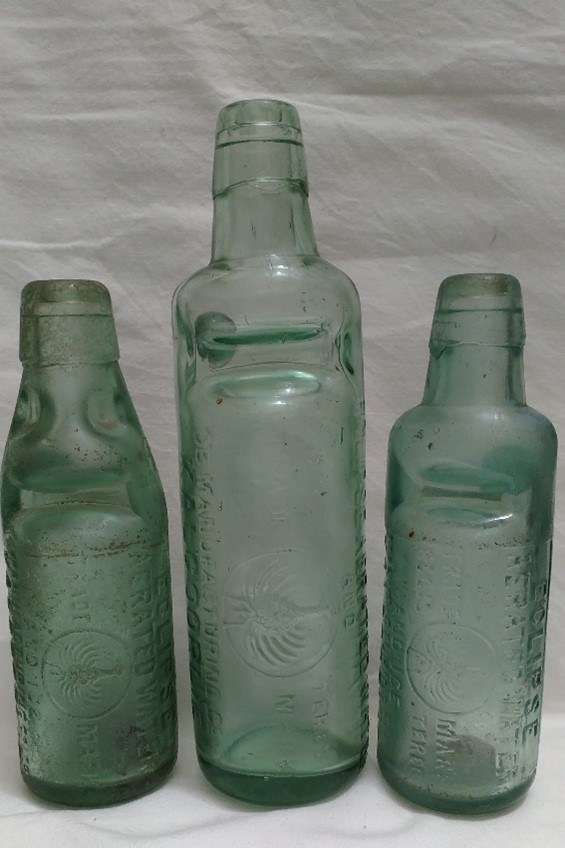 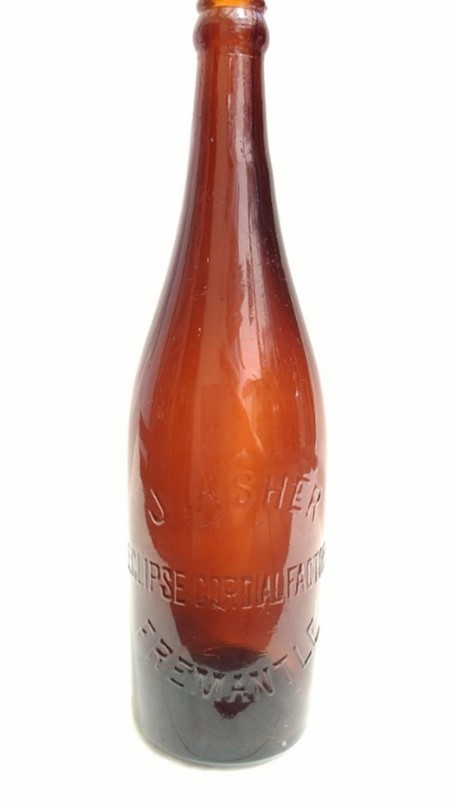 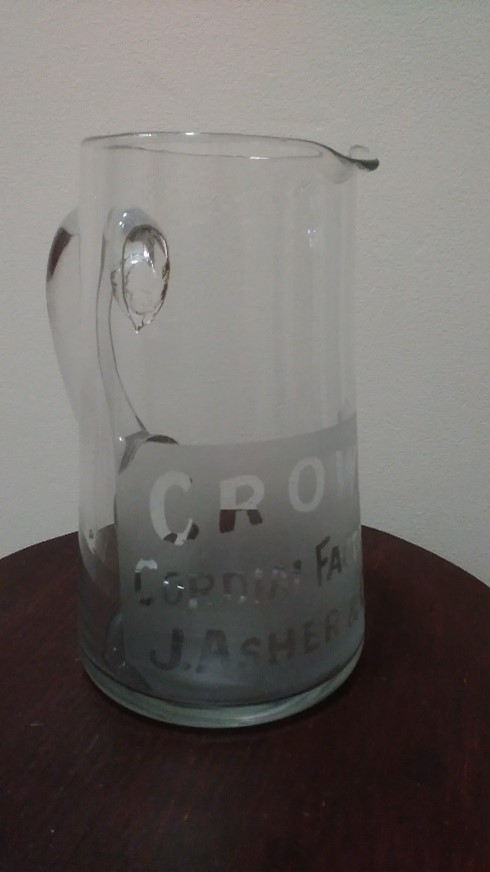 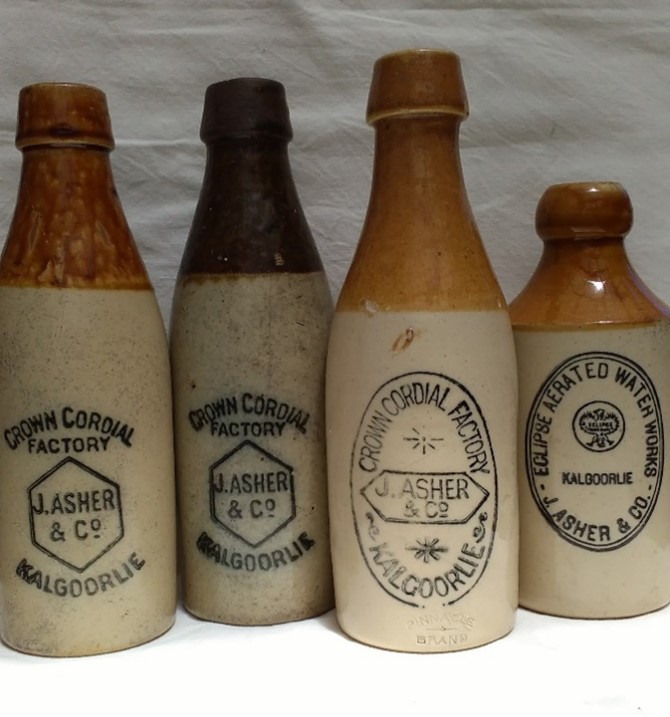