In 1904 he purchased 3 adjoining one acre blocks of land in Avon Terrace, York. He built a substantial timber and iron building centrally located on the property for his Aerated Waters business. His marble bottles were 7oz & 13oz & were predominantly embossed with the Swallow trade mark. By 1907 he is also listed as a vinegar manufacturer.

In 1917 he purchased farming land on the Quairading, York road at Balkuling, Greenhills, where he was described as a farmer and cordial maker. He sold the Avon Terrace property to Daniel Radford and his son John Radford of Pingelly in 1922 but Mosley is still listed in the Directories as Aerated Waters & Vinegar manufacturer till 1923.

Daniel Radford had the Coffee Palace in Pingelly until 1927, besides running the Aerated Waters business in York. The Radford’s appear to have used the J. Mosley bottles in their trade.

In 1928, Mosley foreclosed on the Radford’s & regained the Avon Terrace property as Daniel Radford had passed away in May 1928 aged 64 years. He is buried in the Pingelly cemetery.

Mosley purchased further farming land alongside his Greenhills property in 1930. The Avon Terrace factory remained in his name until his death in 1948.

Some of the Swallow brand Mosley Codd bottles made in Melbourne turn purple in the sun but most are the usual green tint shade.

It is not known if any vinegar bottles exist from this company today or if they made crown seal closure bottles or ginger beers. 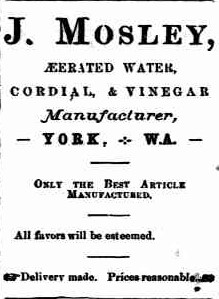 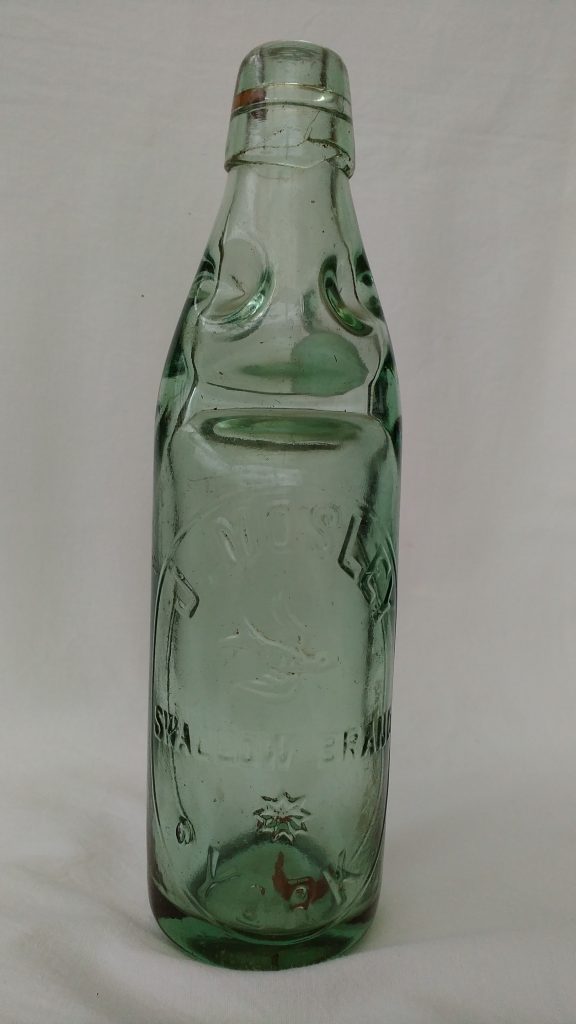