Crown Seal collectors of W.A. may have a brown 26oz bottle branded with a map of Australia and the letters COSCO through the maps centre.

These initials stood for the Coast to Coast Trading Company. This was a wholesale grocery business run by the Matheson family. The Oxford Street Leederville premises produced this bottle in the late 1940’s. It held many substances including vinegar, methylated spirits, Shellite, White Spirits, Phenyl etc. Each bottle was returned to the company for refilling many times until it was deemed that after filling with Phenyl it couldn’t be used again, especially for food products. The bottles had a paper label depicting the contents and the person given the labelling task could produce 22 dozen labelled bottles an hour.

Freecorns and Tom the Cheap Grocer were a couple of the businesses that Coast to Coast Trading Company serviced during the 1950’s. They also made liquid soap to sell to whaling companies and to remove grease from electrical wiring etc. The COSCO bottle was mainly used between 1948 – 1952 when it is believed another company began filling these bottles with their own product and sent the bottles to India.

COSCO then concentrated on its other wholesale grocery lines. 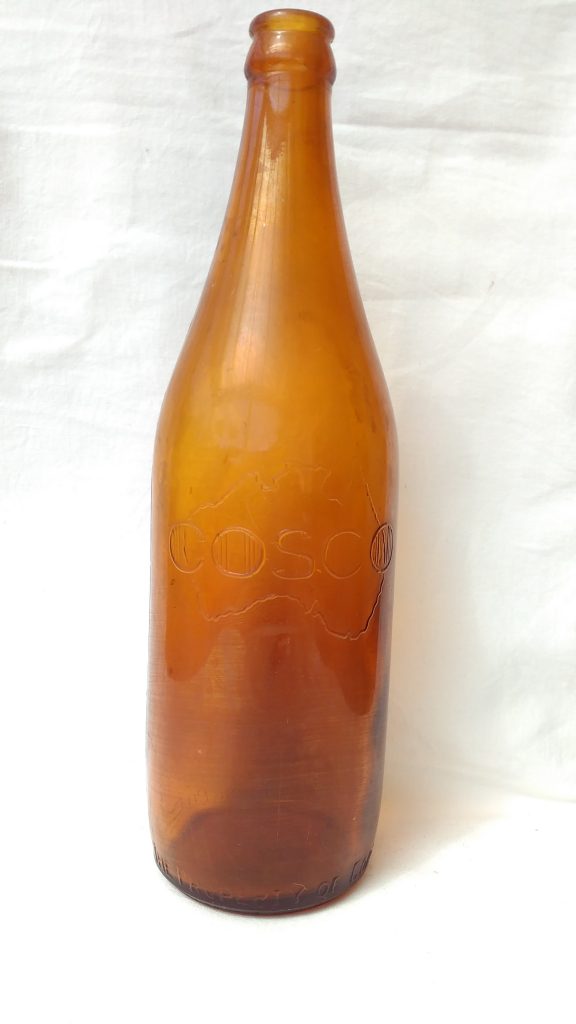 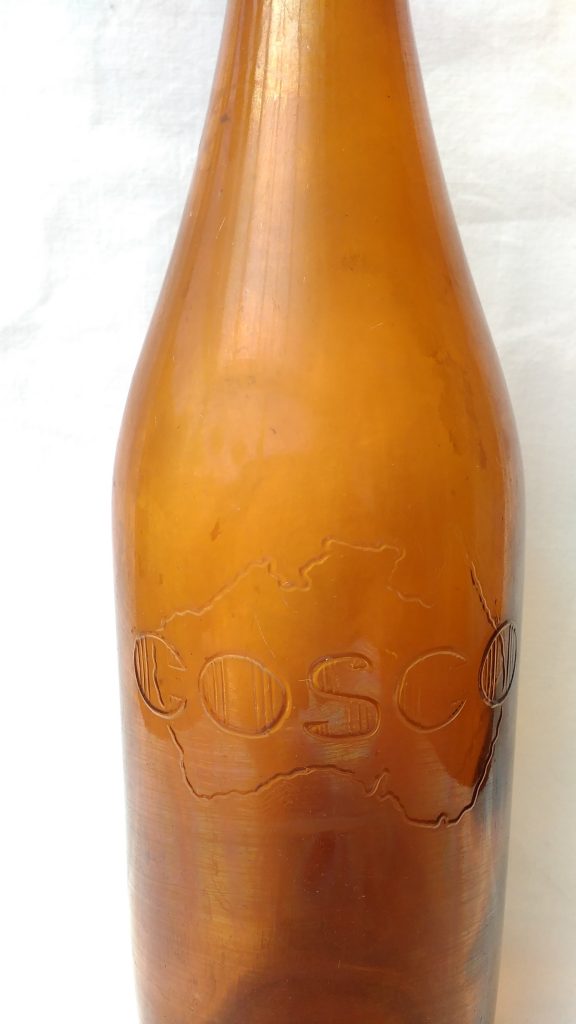