CHRISTIAN ALFRED ANDRESEN was born in 1872. He arrived in Western Australia c1897 and in July was proprietor of the Challenge Hotel on Lot 57, on the corner of Tower and Rajah streets, Leonora. He ran this establishment till Sept 1899 and then Mrs Thompson of Menzies took out a 5 year lease. In November 1899 his wife applied for a gallon license and Andresen intended to carry on with a bottling business. He lived next door to the hotel and was in the process of buying a plant for bottling beer, stout, etc.  The EUREKA BOTTLING WORKS opened on his premises in Tower street and the license was granted and by January 1900 he was bottling English Ale, Stout and Lager, and also provided wines and spirits. The business continued in his name until late 1901 and then D J Meade became the proprietor of the EUREKA AERATED WATER & CORDIAL WORKS. The title of the Challenge Hotel was in the name of Christian Andresen’s wife Esther Ann nee Dickinson who he married at Leonora in 1898 and she placed an ad listing the hotel up for auction in April 1901. The hotel was still rented by Mrs Thompson and also the general store next door would also be included for auction. MEADE continued to advertise until November 1902. Andresen applied for a Wayside House license at Wilsons Patch in November 1902 but did not go ahead with this venture. Instead he commenced once again making drinks at the EUREKA AERATED WATER & CORDIAL WORKS in Tower street.

On 6 August 1904 Christian Alfred Andresen registered his aerated water trade mark for his marble bottle, of a triangle with his initials C A A in each corner. His business boasted it was the largest bottling works on the northern goldfields. In 1908 he donated 50 dozen bottles of aerated waters to a function arranged for the opening of the tramway, in the growing town of Leonora. He also still produced beer in the same year, as he was fined for not putting labels on some bottles. In August 1909 he expanded his business to the gold mining town of LAWLERS. This EUREKA BOTTLING WORKS was at the southern end of Clifton street. Previously the town had been supplied by Hannan’s Brewery, Boulder City Brewery at Kalgoorlie and Swan Brewery in Perth, but owing to demands on his works at Leonora for Swan beer he went ahead with the Lawlers business. The bottle room was 30’ by 20’ and 200 dozen bottles of beer were on display for the local reporter visiting the factory and also on the gantry were 12 hogsheads of beer. The filling machine was capable of filling 50 dozen bottles per hour and the new plant would service the town and if necessary, more supplies could be forwarded from Leonora. In December 1909 he decided to retire as a Town Councillor of Leonora and his engineering experience had helped the town with their electricity services. In September 1910 he applied for an 18 acre lease at Grant’s Patch for gold mining. In October 1911, SAMUEL PROUT had purchased ANDRESEN’S cordial works. He was the Bandmaster in town and had arrived from Victoria. The ads for the company still list Andresen’s name till January 1912. In June 1912 Andresen filed for Bankruptcy. Prout, placed an ad to prosecute anyone using bottles branded CAA in a triangle as he was now the proprietor of the company.  In July 1912 tenders for Andresen’s bottling works and home were advertised for lease by Syd Bridge on behalf of Andresen although Prout is named as owner in the newspapers in 1911. In November 1912, the business and house were advertised for auction on lot 67 and 68. A galvanised iron and wood house of 8 rooms, front picket fence, Galvanised iron bottling works and cordial factory, machinery and plant and also a number of properties in town. Prout had moved to Gwalia street, opposite the police station in November, where he installed a new plant for aerated waters. Prout, continued here for some time and in October 1914 he raised the prices of the drinks because of increased costs as did Mrs E Fowler and E A Andresen. Samuel Prout and family had moved to Victoria Park by November 1916. He died at Harvey in 1929. Mrs Emma Fowler was proprietor of the BLACK SWAN BOTTLING & AERATED WATER WORKS, next to the Masonic Hall. Her husband Edward Charles Fowler and their son Edward Lawrence Fowler produced a marble bottle featuring the Swan as their trade mark. She advertised her specialty Dandy Shandy and also sold cool drinks, wines, spirits and bottled ale between December 1912 until March 1913 under that name and then sold drinks from her fruit and grocery store in Tower street near the premises of T W Cornelius dairy produce merchant. The fruit and grocery business was listed for auction in October 1920. 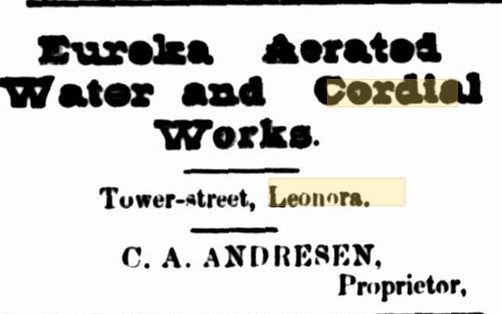 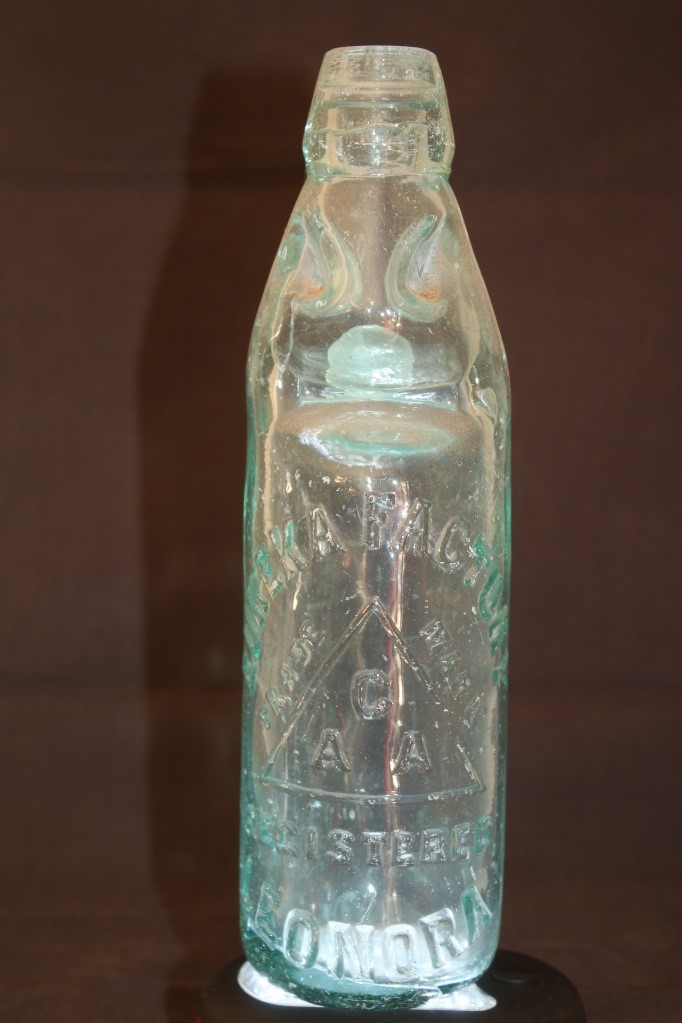 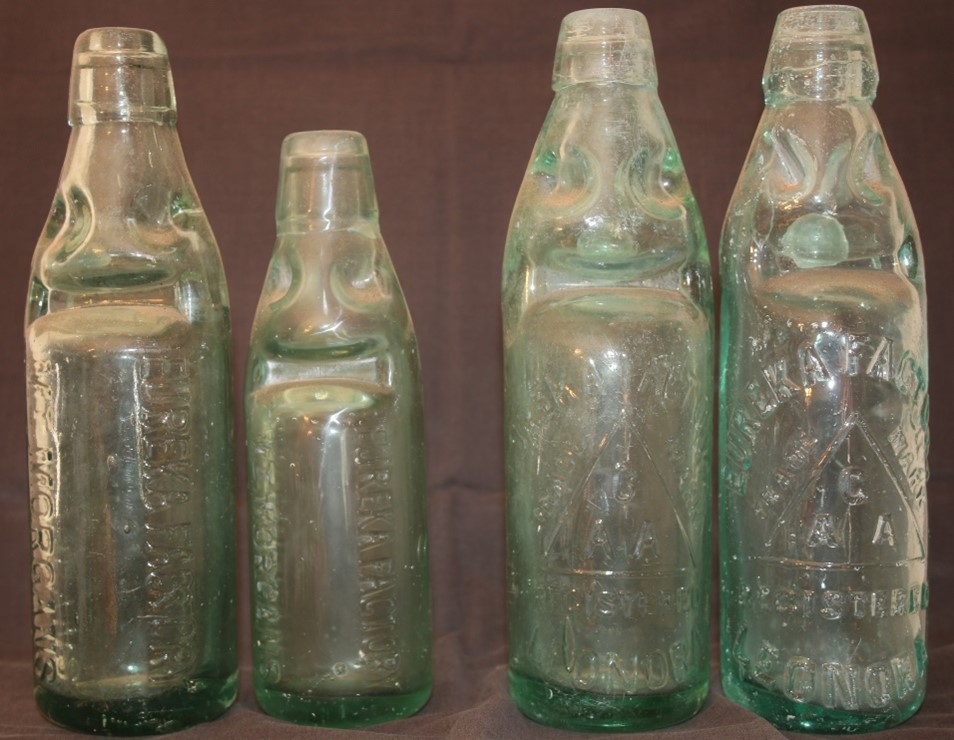