CHARLTON YOUNG was the 4th child of nine children to farmer Robert Young and his wife Harriett nee Guest of Richmond, Tasmania. He was born on 7 Sept 1871 and his two younger brothers GORDON YOUNG born 1877 and ARTHUR (aka ARTHUR PATRICK YOUNG), born 1878 also made their way to the goldfields of Western Australia.

In 1896 CHARLTON YOUNG gained employment as a clerk for Cobb & Co at Southern Cross. The fares charged by the company for a journey from the Cross to Menzies was 5 pound and luggage was charged at 4d per pound. No wonder a lot of miners walked to different fields as 5 pounds was quite a sum of money for the times. By May of 1898 he had shifted his abode to Menzies and still worked for Cobb & Co. In June 1899 he married Florence May Wells in Kalgoorlie and by Sep 1899 they were living at Mt Malcolm, producing aerated waters & cordials and he was also a beer & ale bottler. Stout was also produced from his premises. He was granted a gallon license in Dec 1900. He was still in these premises in 1901 and he soon bought blocks of land in many of the new goldfield’s towns opening in the region and also bought aerated water factories.

In 1900 his first child, Ida Vaughan Young was born but sadly died at Mt Malcolm aged 7 months. The couple now moved to Kookynie where he registered his “scimitar sword” trade mark for marble bottles on 25 Jun 1901. In 1902 a son Charles James Young was born here.

In July 1902 he placed an ad in the Kalgoorlie Miner to say he was going to South Africa and would put his businesses and blocks of land up for sale. He never went to South Africa and for a man of 31 years old who had lived in the west for six years, he had amassed a large estate as seen from the information below. Aerated water factories for sale included, KOOKYNIE – on Block 46 adjoining the Federal Hotel, the iron factory, including all machinery, bottles, oils and a large quantity of beer bottles etc; MT MALCOLM – a Freehold corner block in the main street opposite the railway station & iron cordial factory with all plant & about 6000 dozen bottles of all kinds; MERTONDALE – another corner block in the main street & the cordial factory with all plant; The GRANITES – a corner block and the adjoining block with the iron cordial factory and all plant, horses, carts, bottles etc. Blocks of land also at BURTVILLE – a block in the main street with hessian building; ANACONDA – a block in the main street; WILUNA (LAKE – WAY) – a freehold corner block near the Post Office and another block adjoining; DAY DAWN – block no 48 corner Dalgety street and Jephson Streets opposite the Great Fingal mine.

Kookynie, in 1902 had a population of approx. 4,000 people and was steadily growing in size. He applied to the Council in March 1903 for permission to lay water pipes through the town to supply water at a cost of 2/6 per 100 gallons. The Council to be able to take over the plant at valuation at any time.  In 1904 another son, William Benson Young was born. By 1907, Kookynie now had 11 hotels, 2 blacksmiths, 2 banks, 5 stores, a Turf club, brewery, 2 cordial factories, school, hospital and 4 trains a day ran from Kalgoorlie and a stage coach, took fares between the two towns. In 1908 he went prospecting and was on the Old Crow’s Nest lease when he travelled on the Canning Stock route and saved the life of a man who was in dire circumstances after being bitten by a snake. He found him and took him to where help was available and 27 years later, they met again in Southern Cross to reminisce of times past.  In 1910 he separated from his wife and moved to Marvel Loch where he bought an aerated water factory. In Feb 1912 this factory was placed for sale by the Bailiff by an action brought about by Mr Leslie Stewart. He was granted a divorce in 1914 and the proceedings mentioned the couple had lived at Menzies, Kookynie, Mt Malcolm and Fremantle. He now applied for a gold mining lease for the mine known as the New Orient, of 16 acres, and also the New Alliance of 12 acres and New Era of 6 acres at Rothsay. In 1916 he was in the north and applied for a license to erect a building at Warridar not far from Yalgoo, but by May 1923 he was back in Menzies where C H Lock leased his aerated water factory to Charlton Young.  He stayed in Menzies till 1930.

Gold mining was in his blood and he was appointed manager of the Mt Jackson Gold mine in 1934 and he also applied for a 24 acre lease at Marvel Loch in 1935. He could have lost his life in the summer of 1937 when the car he was in broke down on its way from Southern Cross to Marble Bar. It broke down at Lake Barlee and he and Rex Moore walked towards Youanmi. They had run out of water by the time a car came past and took them to Youanmi so they could continue their journey. His name is again on the Electoral Roll for Menzies in 1940/41 and I have found mention of a Charlton Young at Babakin c/o Luck and Luck, farmers in 1943 and 1949. A death is registered at Bruce Rock in 1949 for Charlton J Young although no age is given for verification.

ARTHUR PATRICK YOUNG – He married Fanny C Feast at Menzies on 18 Mar 1900. He was in Mt Malcolm in 1902 and in 1903 he had settled at Mt Morgans where he was a Cordial Manufacturer.  He applied to the Licensing Court for a gallon Licence for his premises in Phoenix Street, Lot 37, Mt Morgans, on 19 May 1906. He continued to produce aerated waters here but no occupation is mentioned between 1906 and 1909 in the Directories. He then moved to Boulder in 1910 and to Kalgoorlie in 1913. The Electoral Rolls list him at Parkston in 1917 as a woodcutter. Arthur Patrick Young was buried at Three Springs in 1948. Was he a manager for his brother Charlton Young or did he own these factories in his own name? 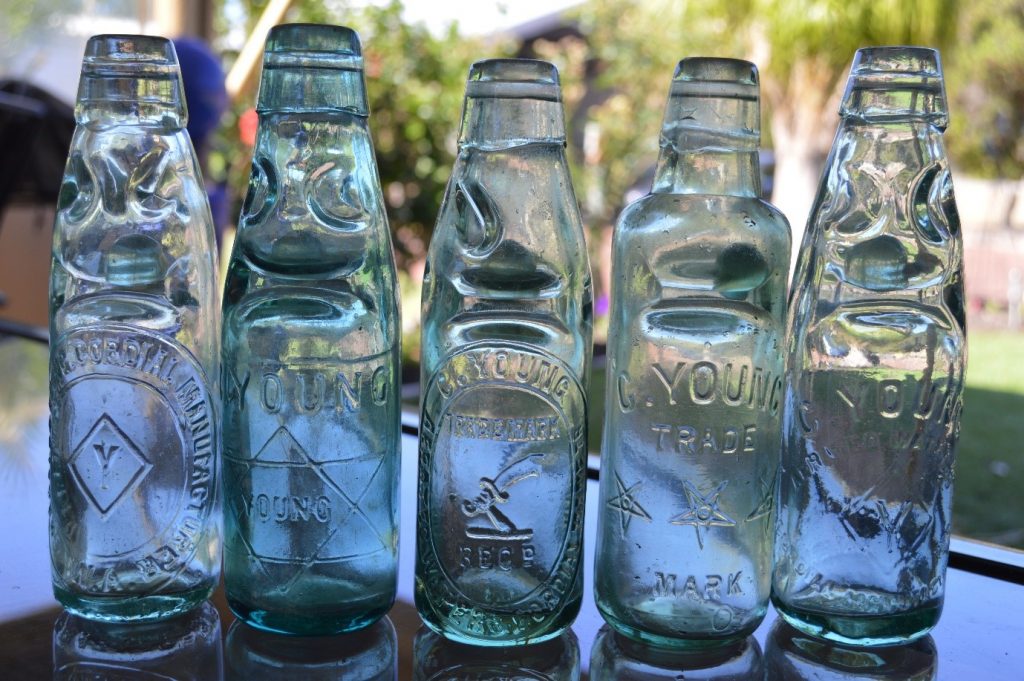