Albert Hobbs was born in 1884 to Henry Thomas Hobbs and his wife Mary in the Eastern States. He was the 8th child of 10 children & married Margaret Ann Jones at Southern Cross, W.A. in 1905.

I believe he arrived in W.A. about 1898, lured here by the mining boom in the Goldfields.

At the time of his marriage he was a miner, firstly at Southern Cross before moving northwards to the Leonora area in 1914, as 2 of his children were registered as born at Mt Margaret. Here he continued to be listed as a miner on the Electoral Rolls & Engine Driver at the Power Station until 1927. However, whilst at Leonora he also became an Aerated Water manufacturer between 1921 and 1927.

Merredin is a large town between Perth and Kalgoorlie and it was here in July 1927 that Hobbs bought the Merredin Electric Light Works and Star Pictures. He was now not only an Engineer, Engine Driver, Aerated Water Manufacturer but also a Picture Theatre Proprietor.

In June 1929 he erected an Aerated Water Factory in Mitchell Street, Merredin and installed an Australian plant from Melbourne. The storage capacity of the Ice Works had now doubled.

He had 5 children between 1907 and 1920 and his Aerated Water business flourished, servicing the wheat belt area of W.A.

In Oct 1941 the partnership of Albert, Ivor and Reginald Hobbs (father & 2 sons), trading as Merredin Pictures was dissolved and eldest son Ivor commenced sole ownership from that date.

Ivor Melville Hobbs also took control of the A. W. factory in October that year and commenced house to house delivery by horse and cart and also sent crates of drinks by train to customers between Perth & Kalgoorlie. The usual varieties of drinks included Ginger Beer, Orange Squash, American Cream Soda, Soda Water, Brewed Hop Beer, Jusfrute Fruit Cocktail, Strawberry and Claret-Like Lemonade, plus many more to tempt the thirsty folk on a hot summer’s day.

His parents, Albert & Margaret Hobbs retired to Nedlands and lived here from 1942-1951 before moving to Guildford. Albert passed away in 1958 & Margaret in 1976.

Ivor continued producing aerated waters in crown seal bottles impressed with the Hobbs trade mark of A & H in a triangle, from 1941-1949. For a short time, accountant, Mr Mordaunt Richmond Smalpage took control of the business and then sold the enterprise to Keith Carter Austin (Engine Driver & Manufacturer) and James Frank Hough in November 1949.

James Hough continued to use the Hobbs bottles and he also became the Picture Theatre proprietor. He is listed in the Electoral Rolls as the Picture Theatre proprietor from 1949 until 1963 and by 1968 had moved to Nedlands. Hough’s paper labels were put on Hobbs bottles. When the Ceramic labelled bottles arrived, they featured a blue and white label depicting the name Hobbs and 2 stars and the logo “serve icy cold”, Sparkling Drinks. On the reverse of the 6 & 8 oz bottles is the wording “return me Hobbs needs me”. Even in the 1960’s customers were encouraged to recycle their bottles.

Hough left Merredin c1965 so I feel the factory closed about this time although some residents feel the drinks continued into the 1970’s. Another owner may have continued for a short time before drinks then came by road and rail from the city.

The aerated water filling machine is now in the Railway Museum at Merredin. 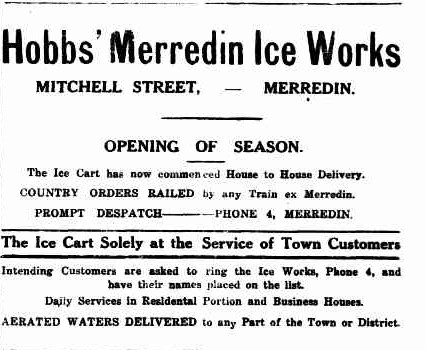 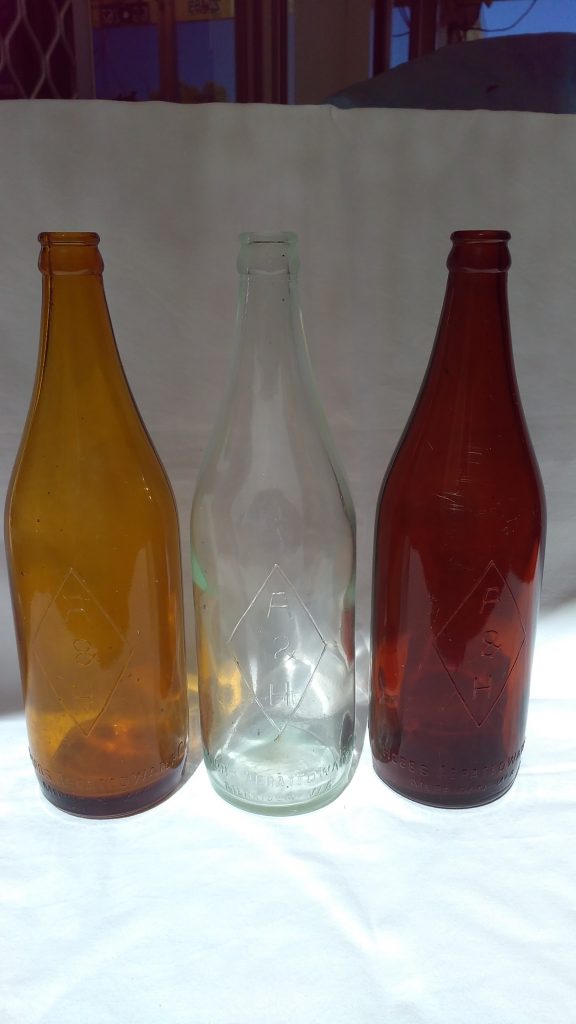 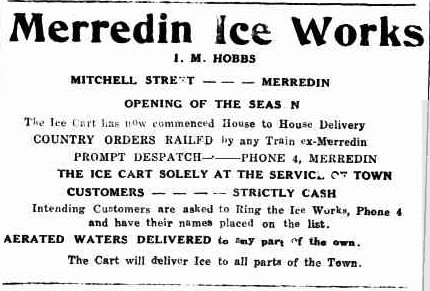 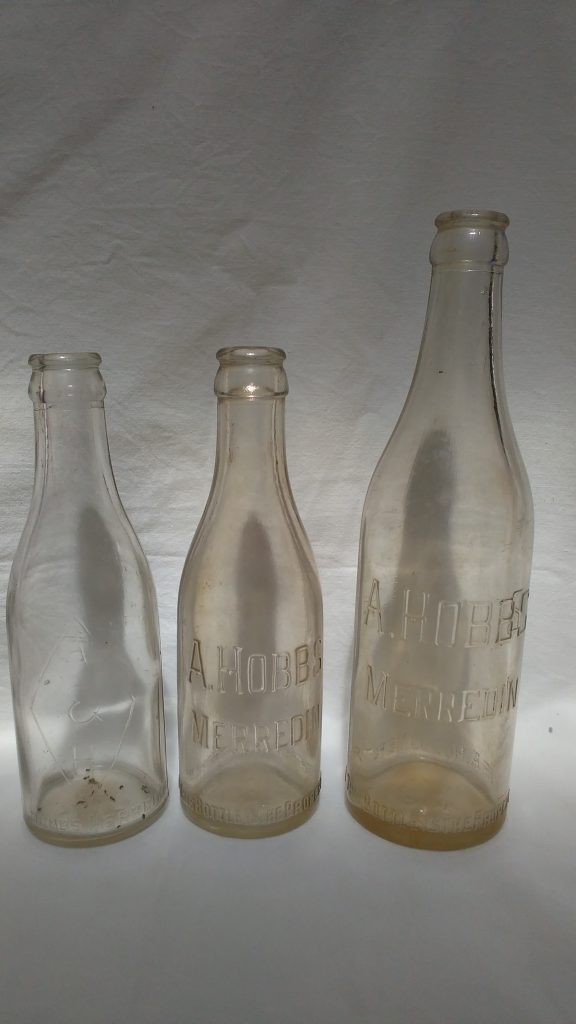