Leslie Phillip Swan was born in Sydney in 1889. He arrived in Fremantle aged 7 years with his family & settled in Beverley, which is a sheep & wheat farming area 130 kilometres east of Perth. The area was settled in 1838 & by the 1890’s many large buildings and services had been established for this farming community.

After he finished his education Swan gained employment by working as a coach painter before working as an electrician for aerated water manufacturer H E Lambert. Lamberts brother Percy conducted the business in Beverley, from 1912 until Swan became the proprietor in 1920. At first, he used cork sealed bottles and marble bottles and called the business the Blue Crown Aerated Water Company. His bottles were not impressed with his name at this time and he only used paper labels, also he did not use ceramic ginger beer bottles. When crown seal bottles arrived, he used 26, 9 & 6 oz bottles and these were stamped with his trademark and name of L P Swan, Beverley. The smaller bottles were used for soda water and dry ginger ale. A shortage of glass occurred in the Depression years and he resorted to refilling beer bottles with aerated waters even though this was illegal at the time. He also had other interests of being a senior person in the local Fire brigade and ran the towns Picture Theatre in the Town Hall.

After his son Walter, who was born in 1925, returned from the Air Force in 1945, he became a partner with his father. In the 1950’s Leslie Swan retired and Walter became the sole proprietor. The blue ceramic labelled bottles were introduced first in fluid ounces and when these bottles became obsolete, they were dispatched to a recycling company in Fremantle much to the disgust of bottle collectors today. The metric system commenced and these bottles are still quite readily available for collectors in the West. The ceramic label bottles come in 7oz//200ml, 8oz/225ml and 26oz/750ml and no 12oz size or the metric equivalent seem to have been produced.

Walter Swan was also the local school bus driver so he had to arrange his factory hours around the morning and afternoon run each weekday. The factory at its largest, employed one full time employee and 2 part time workers. At first, he sent his drinks by rail to local centres of York, Quairading, Brookton and Pingelly as Beverley had a railway station but by the early 50’s he delivered them by his own vehicle. In August 1962 he produced 4,000 dozen assorted cool drinks in preparation for the summer months.  The bottles were packed into cases containing 2 dozen bottles. He also made the wooden cases for the bottles on the premises. He used jarrah sleepers and when cut to size they were painted and stencilled with the Swan name.  The factory used over 12 tons of sugar each season and a large quantity of flavouring syrups. Loss of bottles was a constant dilemma as customers did not return them for refilling. He bought 1,200 dozen bottles from Perth makers in 1962 to ease the shortage.  It was one of the last remaining country cool drink factories. The factory closed in the 1980’s.

In 2011 the factory remains in Queen St, Beverley although now it is only a storage facility, but inside is still the old filling machine, bottle capping and aerating apparatus gathering dust over the years of disuse. Walter Swan passed away in June 2014. 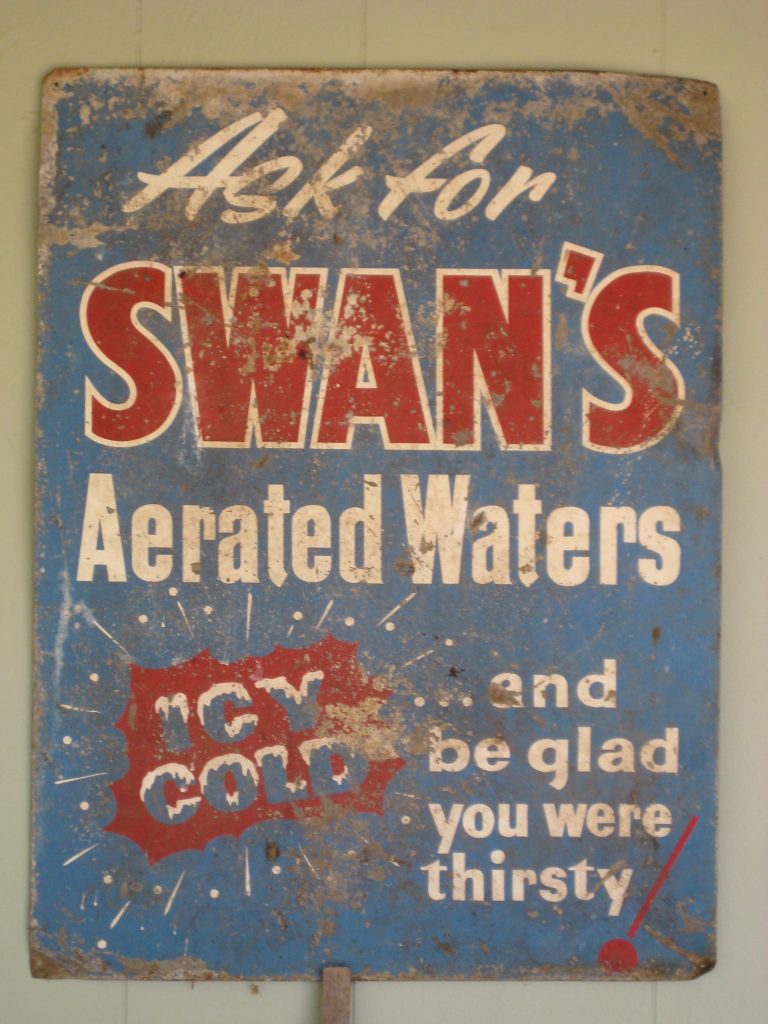 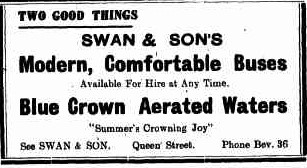 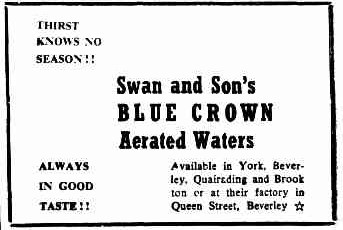 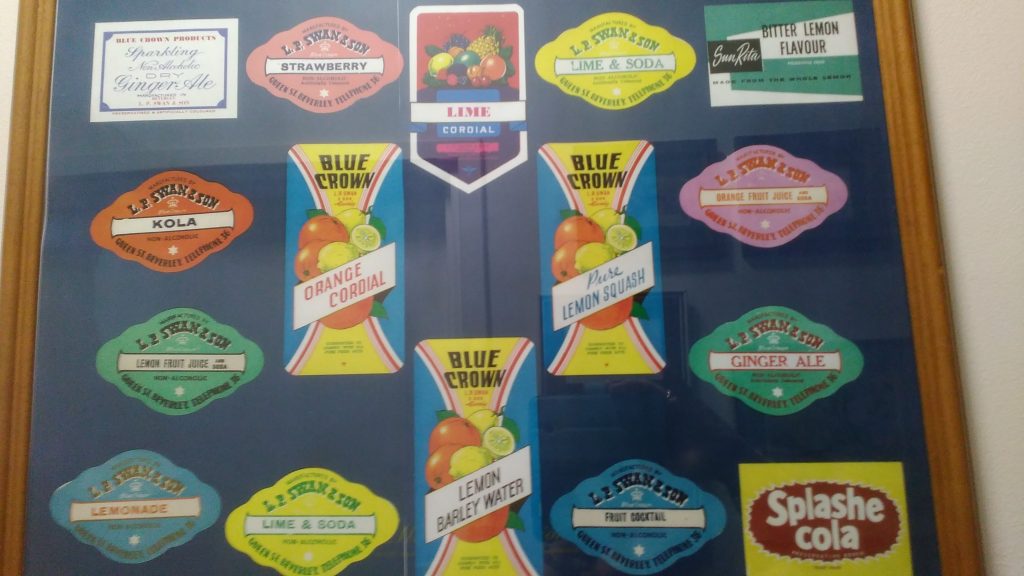 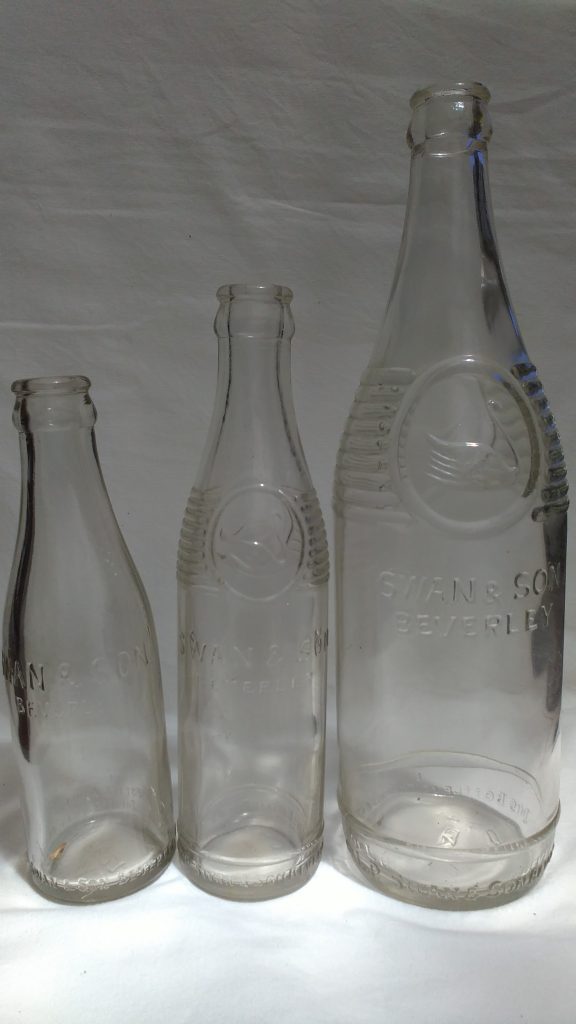 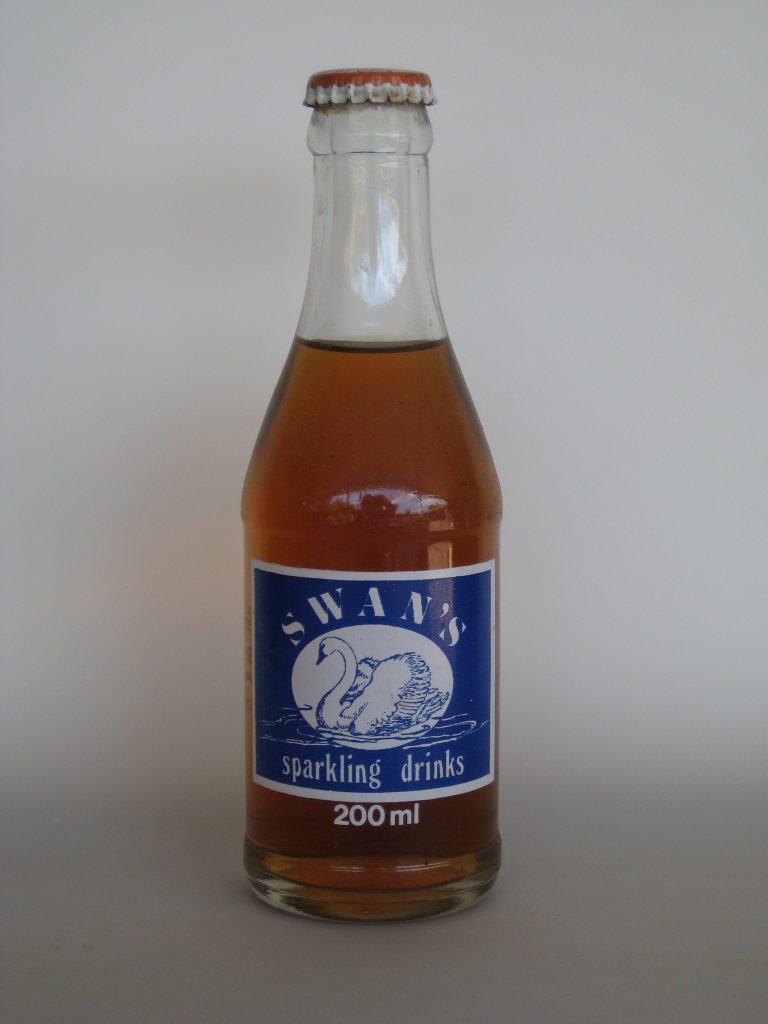