There has been conjecture regarding the initials GSR, but a descendant of the owners, suggested, because of the factory proximity to the railway line & also as the Piesse family were instrumental in having the line routed through Katanning, the initials GSR stands for Great Southern Railway.  The Great Southern Railway Aerated Water Company would become well known in years to come.

Frederick Henry Piesse & his brother Charles Austin Piesse started an Aerated Waters factory at Katanning in the 1890’s. The first known bottle featuring the initials GSR by the Piesse brothers is a hybrid Codd bottle with the acid etched wording- F&C Piesse Katanning, GSR. There are only believed to be two surviving examples of this bottle.  Piesse bottles to my knowledge, did not use these initials again on their wares till much later in the mid 1930’s when the company changed to GSR. Piesse joined with BCD of Perth in 1919 & Jack Coventry who had been a member of Piesse staff for 18 years bought the Piesse business in partnership with Dr. Hanrahan of Albany & so began the GSR Aerated Water Co.

In Albany the original factory belonged to Lamberts, followed by Genoni then Francis & Meyer. Arthur Meyer was a brewer & cool drink manufacturer & in 1936 so began his association with the Great Southern Railway Company at Albany.

As the population grew, the factories at Katanning, Narrogin, Busselton & Albany kept busy distributing their wares throughout the Great Southern until the 1960’s when Coca Cola began their ownership of many small operators in the state. GSR was acquired by Coca Cola in 1966 and they shut down the old factory in Katanning & moved to new premises in Daping Street. They then used the Albany & Busselton factories as warehouses for Gest & other lines & eventually shut down the plant at Katanning in the 1980’s.

In Albany in the 1950’s about 8 men worked at the factory & the labels were placed on the bottles by hand. Bert Howe managed the factory for awhile until Coca Cola bought the business from the Meyer family.

Meanwhile in Busselton the original factory was owned by Arthur Wilson. He sold out to Hanrahan & Coventry & they offered the managers position to Sid Heath. He trained at Katanning for a couple of weeks & began at Busselton about August 1948. The factory was on the corner of Kent & West streets. It was an old corrugated iron building with an addition to house the cases of drinks & bottles. The West St. end of the building housed the bottling machine, a foot levered Crown sealer, syrup table & cases of washed bottles. Down the back of the block near the fence, broken bottles were dumped. The glass was then sent to the WA Glass Manufacturers to be recycled.

Outside the building a large tank stood on a high stand, with a ladder up the side. Here all the water used in the drinks was gravity fed through special stone filters & bags. Bottles were first soaked in a large tub of hot water to remove labels then put upside down on a rotating brush with water flowing from the centre. There were about 50 brushes on a revolving table & once they had done a cycle the bottles were manually sighted to make sure they were clean. Any doubtful ones had to be cleaned by hand before returning to the rotating brush. Sugar was put to dissolve in large vats, strained then preservative added. The measure of syrup was put into the bottles passed by hand to the filling machine which added mixed water & gas. Filled bottles were taken from the machine by hand & placed onto the sealer where crown seals were put on & this machine was worked by a foot pedal. Bottles were then sighted for floaters (foreign matter). The Heath family got the ones which had floaters in them as it was usually only dark pulp from the flavouring. After they were filled & sighted, they were labelled by hand. They were then placed in crates of 5 dozen for delivery. After WW2 there was a shortage of bottles etc & the factory could only produce cases of 5 dozen bottles of one flavour at a time. Customers always wanted more than could be supplied. Sid Heath employed 2 permanent staff & casual workers as required. As the cases were so heavy to lift, 2 men had to deliver the goods to the stores. When GSR wanted to build a new factory, the Government resumed the block for the school. Land was purchased on the corner of Harris Road & Brown Street in 1956 & Jack Coventry’s brother Bob came over from Katanning & built a new brick building. Sid Heath gave up managing the factory in 1963 & Sid Davies took over but Heath stayed on for awhile as an employee. After Coca Cola bought the GSR company in 1968 it was used as a storage facility. Sid Davies was storeman until 1970 when it closed & by 2006 the building was demolished.

Some collectors have an 8 sided brown glass crown seal ginger beer made for the Albany GSR factory. There are many ceramic label crown seal cool drinks having a black and white label. I don’t know of any bottles impressed with GSR other than the squat ginger beer. 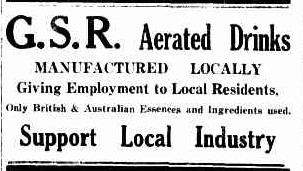 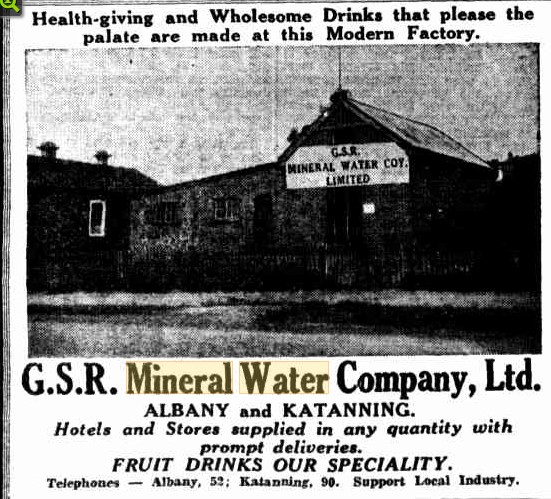 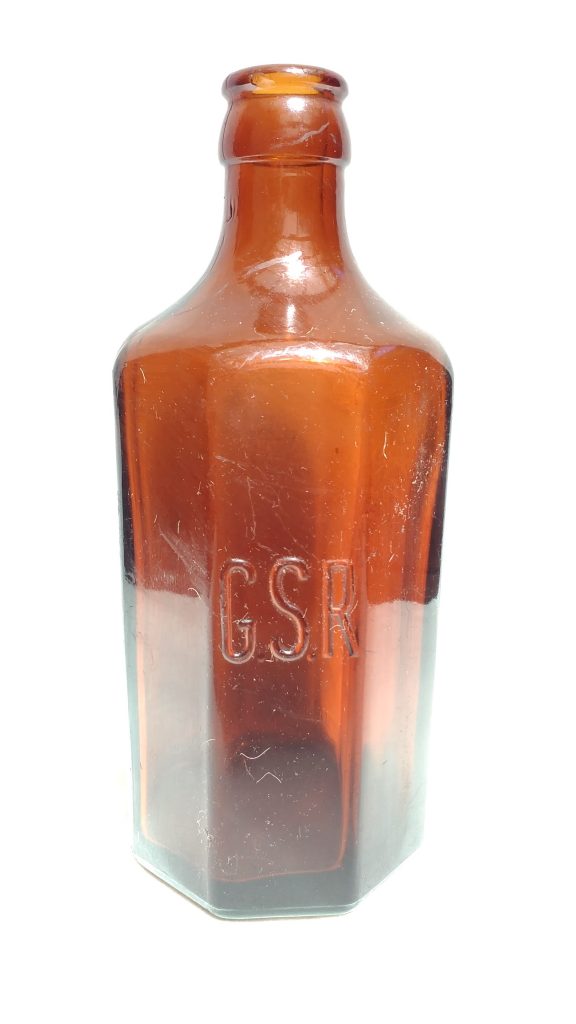 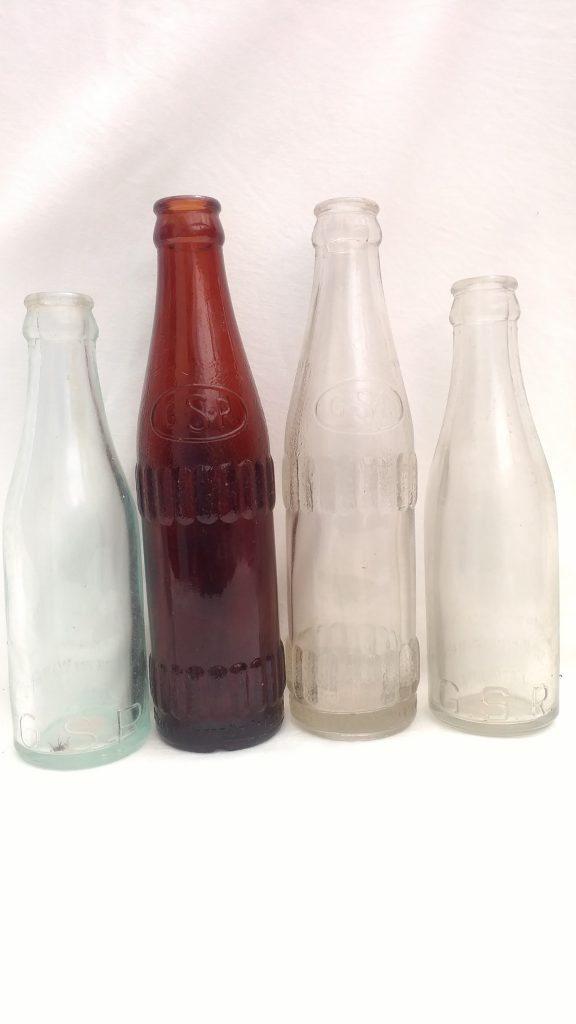