I have included this company in my story about Joseph Michael Moore & sons of the Shamrock & Beverages Aerated Water Companies.

Since that time, I have uncovered more material concerning the short lived company of Gibson & Starr.

Starr was born in Ballarat Victoria in 1879. He arrived in WA about 1895 and was in Kalgoorlie where he married Isabella May Viney in 1904. In 1905 he lived at 639 Hannan Street, Kalgoorlie. His wife passed away while staying with relatives in Melbourne in 1909 and William Starr remarried the following year in the Goldfields and moved to Perth.

In January 1912 Gibson & Starr formed a partnership and traded as the Shamrock Cordial Factory at 106 Roe Street, Perth. The Shamrock Aerated water factory was formerly owned by the Moore family and was situated at that time in James Street, Perth. Moore had a disagreement with the Unions as they wanted him to only sell his wares to Hotels that had staff that belonged to the union. He paid above award wages to his staff but decided to close his business because of the Unions demands. The business was then taken over by Gibson & Starr.

In March 1913 John Gibson dissolved his interest in the company and Starr continued to produce cool drinks at Roe Street. However, around the 1912-14 period production was hindered by unrest by employees wanting increased wages, strikes etc and many companies had trouble with their staff in their factories. Also, the onset of WW1 saw many employees enlisting in the war. However, in May 1913 the Shamrock company issued 5,000 one pound shares to stimulate growth even with all the unrest at the time. In the same month they bought the nearby firm, the Swan Aerated Water company (formerly Claremont Mineral Springs) of Fitzgerald Street, North Perth. The Swan Company had the fountain trade mark used by the company under its former name of Claremont Mineral Springs. The 6oz and 13 oz Swan marble bottles are made by C & S Co. Ltd and this stamp is on the base of their bottles.

The registered office for the Shamrock factory was 26 Brookman’s Buildings, Barrack Street, Perth. This last acquisition may have been the last straw as by February 1914 the company was in liquidation.

Mr Joseph Moore took over the Shamrock Cordial & Aerated Water company once more in May 1914.

William Starr then appeared in the newspapers in June 1914 as a manager with a Mr Mackey in Leopold von Bibra’s Gascoyne & Mineral Springs Aerated Water company in Carnarvon. They leased the company for sometime.

Starr was still in the northwest in September 1918 as Albert Austin Carwardine transferred his wayside house and billiard table license to him for the Whim Creek Hotel at Whim Creek.

By March 1919 he transferred it back to Carwardine and Starr then moved on to the Jubilee Hotel at Roebourne. In December that year he transferred the license to John Richard Shaw & came back to Perth where he worked for BCD & Piesse Ltd.

At the time of his death in March 1925 he was a Commercial Traveller for BCD and Piesse Ltd and was killed by a tram while riding his motor bike on the lines in Wellington Street, Perth. He was only 45 years old.

Gibson & Starr used the hands of unity trademark on their crown seal skittle bottle and marble bottles. The 6oz Gibson and Starr marble bottle has the mark DON on its base.

Even though the bottles were marked Gibson & Starr they actually traded under the name the Shamrock Cordial company 1912-13 for both partners and until 1914 by Starr. Because the company did not trade for more than 2 years under the brand Gibson & Starr, their bottles are keenly sort after. Author – Vivienne Sinclair. 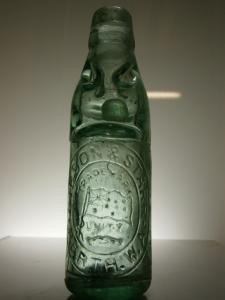 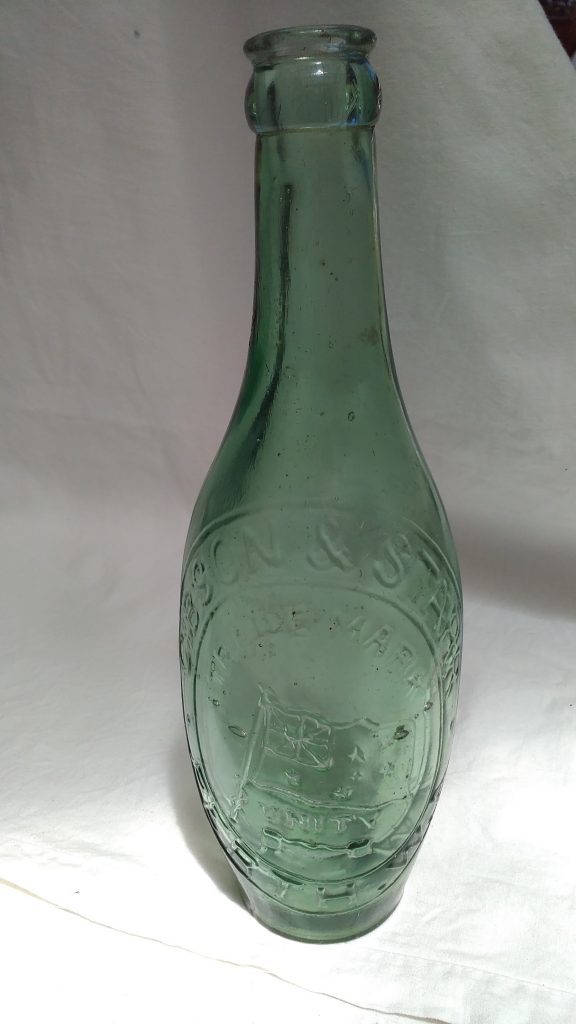 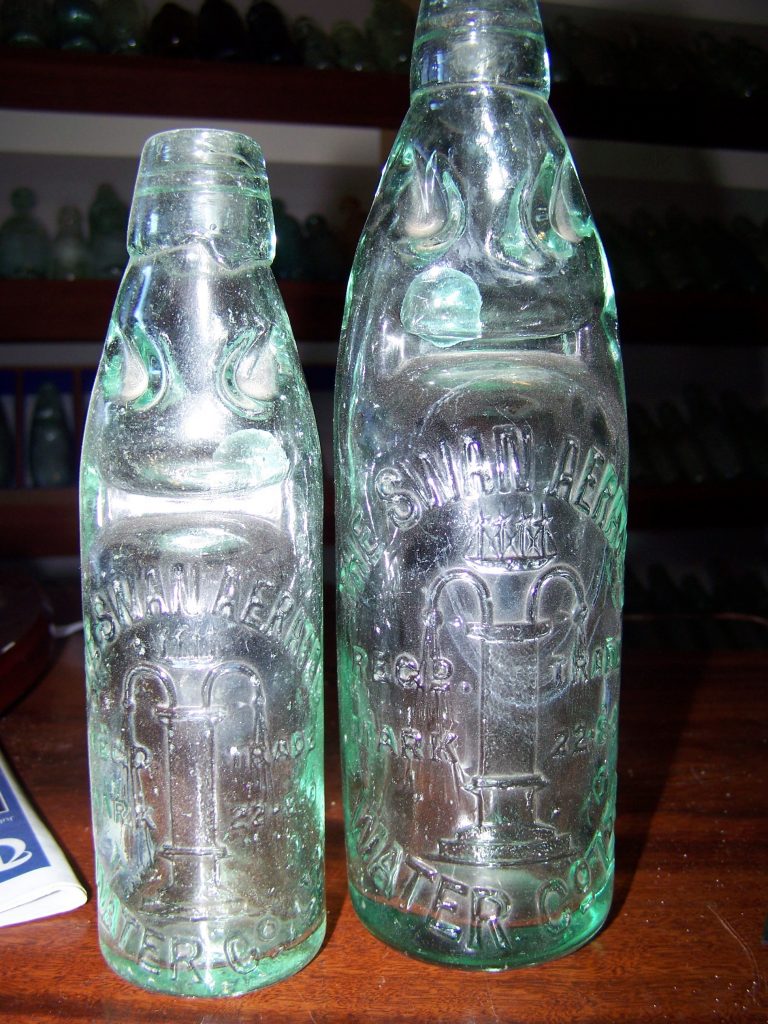