GEORGE SAURMANN was born in Germany c1851. By 1895 he had made his way to Fremantle and lived in Mandurah Road, Beaconsfield with his wife Annie. He advised the Municipal Council that a footpath was required outside his home in August.

He joined Diamond and Son in Cliff Street, Fremantle as Shipping & Customs Forwarding Agents & also agents for the North German Lloyd Steamship Company. In 1899 whilst in business with Diamond he was also acting Imperial German Consul in Cliff street,  Fremantle, for a few years.

He applied for a Spirit Merchants Licence in February 1899 for the premises at 46 Cliff Street in Fremantle, and the partnership with Arthur James Diamond and his son Arthur Frederick Diamond for the company known as Diamond, Son and Saurmann on 18 February, was dissolved, and he would be carrying on the said business. In March, Arthur Frederick Diamond and Saurmann applied for a Spirit Merchants licence to sell bulk liquors. He was appointed as a Justice of the Peace in Fremantle in April 1900 and would sit on the Magistrates bench in many Court Cases.

In February 1902 he applied for a gallon licence for his premises, used as a Cordial & Aerated Water Manufacturing & Bottling Works, at 16 Ellen Street, Fremantle. He had held a Spirit Merchants Licence for 4 years. In March he attended the funeral of C Y O’Connor with other residents of the town. He had a large steam engine on his premises and wanted a Bottler, with experience in the trade, to work for him in Ellen street, in January 1903.

He was very busy in affairs in the port town including becoming President of the German Club in 1904.

George and wife Annie Beatrice carried on their Cordial and Bottling business in Ellen Street, Fremantle until May 1906. He is also listed as a Wine and Spirit Merchant & Beer bottler at this address.  On 20 Aug 1906 he applied for a gallon licence for 314 Murray St Perth consisting of an office and bottling room and known as Beigels Ltd Bottling Works under transfer from Aaron Wedgewood.

The company of George Saurmann & Co. was a partnership between Herbert Maurice Parkes of Onslow, pearler and Saurmann. It was dissolved on 17 May 1906 with Saurmann to settle all outstanding accounts and an arrangement to pay creditors was put in place. In July 1907 he moved with his wife to East Fremantle and had set up a factory at 37 – 43 Essex Street, in Fremantle. He was sole agent for Beigel’s Bunbury Beer in Fremantle at his Essex St, factory. He again advertised for a Bottler in February 1908.

In January 1909 Tenders were invited by W A Trustees to purchase the business in Essex Street which was under lease until June 1913 with an option for a further renewal for a term of seven years. In February the firm was advertised “for auction”, all machinery and office furniture, with no reserve. The plant was in “as new” condition as it was only 3 years old. Also included were 5 horses, carts, harness etc so deliveries at the time were still by horse in this era.

In 1911 he is at Rokeby Rd, in Subiaco and an accountant. The couple stayed in Subiaco until about 1916 and then moved to Victoria Park. He died in 1925 at Victoria Park and his wife Annie passed away there in 1941. They are both buried in the Lutheran portion of Karrakatta Cemetery.

His aerated water journey only lasted for a short time and his bottles are not common. 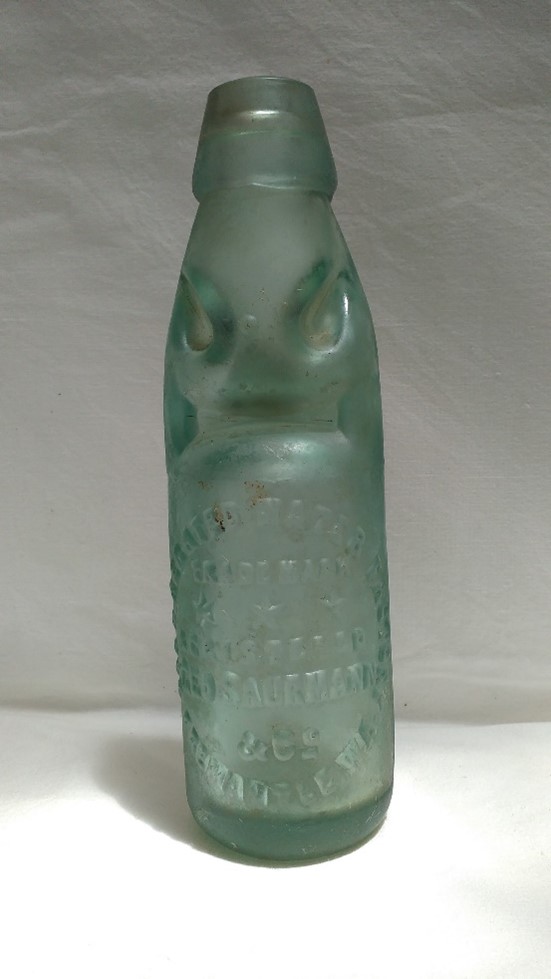