Henry (Harry) Boan arrived in Perth, Western Australia from Broken Hill, NSW around 1894 disillusioned by the union suppression of workers and that had impacted upon his business in Broken Hill. He had been conducting a retail business there and in Perth he set about creating a department store for every day people that survived right through till 1986. He purchased an unwanted parcel of land in Wellington Street, directly opposite the Perth Railway Station and declared Sunday 9th November, 1895 as the first day of trading.

His brother Benjamin joined him in 1895, however Harry was the driving force behind this venture. Benjamin passed away in 1901 and Harry still continued trading with the name Boan’s Bros.

The land Harry purchased was indeed deemed too wet for development and no previous person wanted it. Even right through into the 1970’s and until Boan’s closure, pumps were running around the clock, day and night to prevent the Boan’s building basements from flooding. Boan’s expanded their holdings to include a Murray Street frontage.

Boan’s became a Limited Company in 1917. In 1934, Harry’s son Frank entered into the business and took over management of the company. Harry Boan passed away in 1941 aged 81. Boan’s expanded in every aspect, providing the needs for all common worker.Boans Bros as Universal Providers had made a range of non alcoholic ginger beer ceramic demijohns. These are recorded in One Gallon, Two Gallon and Five Gallon sizes. There appears to be no recorded Three Gallon or Four Gallon variants to this date. These are all impressed Boans Bros Universal Providers so they were made prior to 1917. 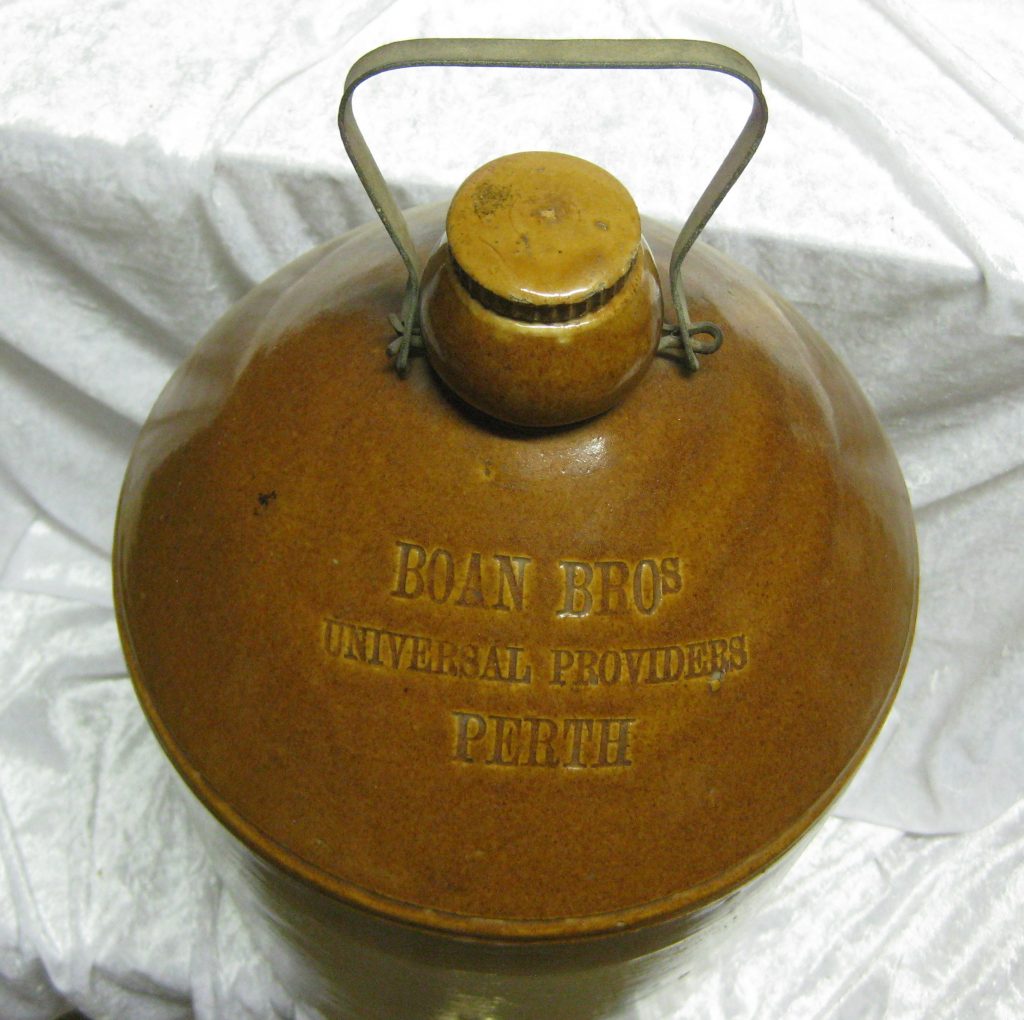 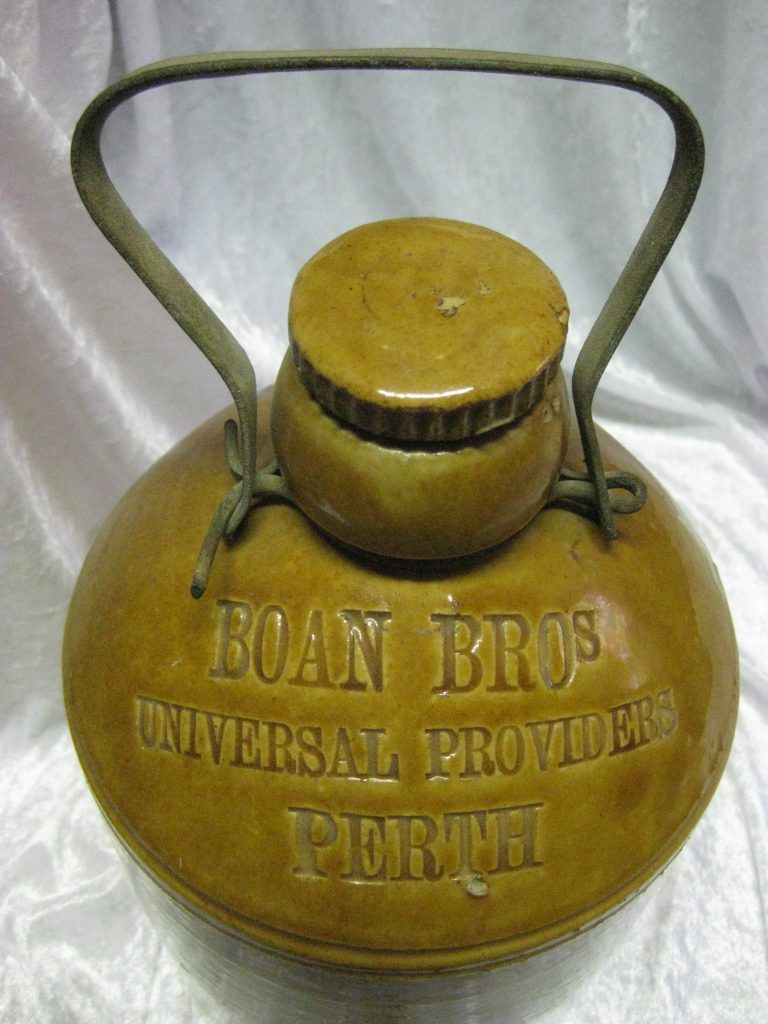