Samuel Noble opened a small commercial pottery works in Mosman, Sydney commencing around 1947.
His main wares were small slip-ware cream coloured jugs showing a singular motif along with an Australian town name.
Each jug is clearly embossed on the base Rose Noble Australia.
In this line of ware one might occasionally come across a slightly darker glazed jug but always from the same distinctive mould.
Samuel Noble made other small jugs and small vases.
It has never been recorded why he chose the name Rose Noble for his wares.

With some luck the jug may still be accompanied by a small slip of paper showing the following:
This is a “ROSE NOBLE” SOUVENIR
Made in Australia.
Collecting Souvenirs as a happy reminder of your holiday trips and travels is a popular hobby.
“Rose Noble” Souvenirs are available in 24 different motifs, inscribed with the place from which obtained.
They make an ideal and practical Souvenir Collection.
Ask for them wherever you go. At pleasure spots – Tourist Resorts – On Interstate and Overseas Ships – and Airway Terminals. Hand made by Rose Noble Studios.
While this paper states there are 24 motifs there clearly appears to be in excess of 30 different ones known since the paper was written.
A vast number of different jugs can be found from around Australia some showing the most obscure place names.

Interestingly a number of the motifs chosen are not symbolic to the region nor can some of the towns be considered tourist towns. Some jugs have the “WA” and some do not. There are some big collections of Rose Noble around Australia and these collectable jugs usually fetch a price from $10.00 up to perhaps $50.00. 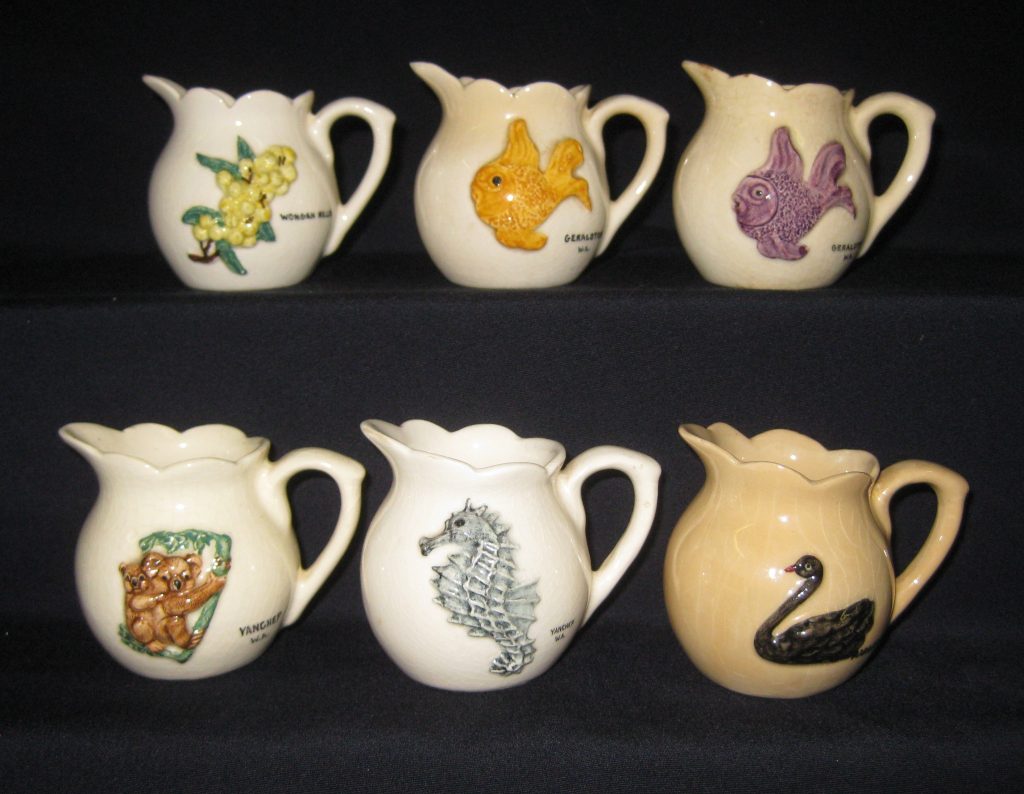 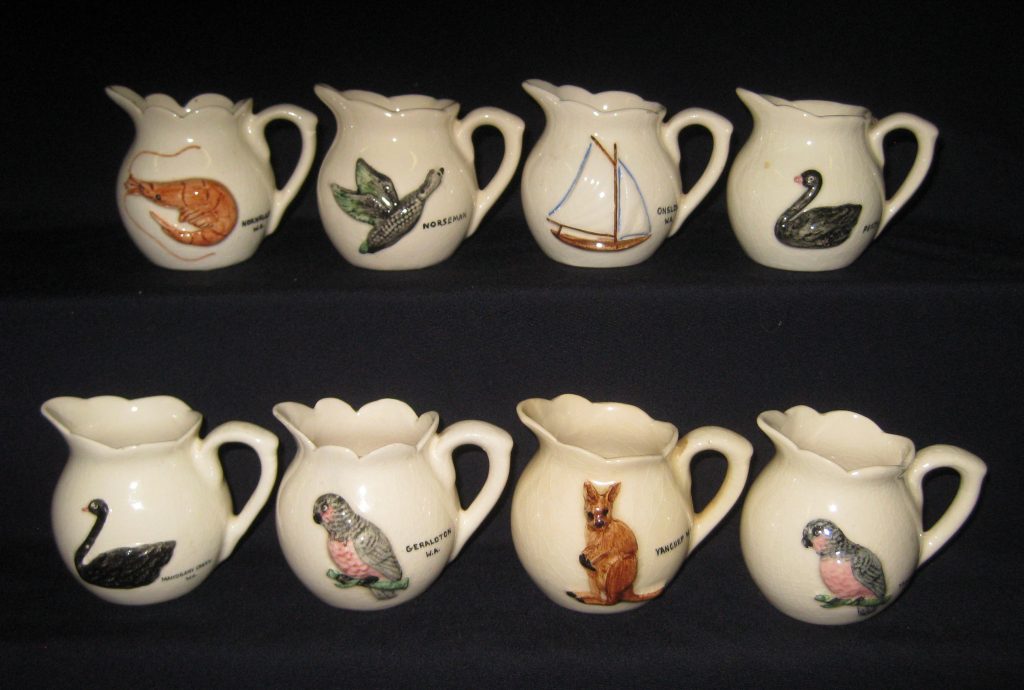