James Sloan was born in Fremantle to Irish immigrant Daniel Sloan and his wife Eliza Ann nee Cowcher in 1847. He married in Bunbury in 1876 and he and wife Margaret nee Pratt had nine children.

James Sloan began his aerated water and mineral water factory in Wittenoom Street, Bunbury about August 1892.  Also operating at the time was A F Duffield whose factory was in Victoria Street.

Sloan had a Baty & Hinchcliffe plant built by the well known engineers in London and the bottling machine turned out 600 dozen bottles per day. However, in the summer of 1893 the cylinder capacity of the principal machine was considerably reduced so the output was less. He sent his Codd bottles to the Blackwood and Vasse districts of the South West. He used water from a spring and also the Preston River.

In 1894 the excitement of the gold rush in Kalgoorlie stirred the residents all over the state including some men from Bunbury. Sloan went to Coolgardie on behalf of a group interested in a leasehold in the area. He was to report back to the men on the conditions and whether to go ahead with the commitment.  He met many teams, pack horses & wagons on the way and reported that at least 9,000 men were on the field.

In 1896 he advertised his wares of the Bunbury Mineral Water & Cordial Manufactory of Wittenoom Street as having aerated waters of every description & in Codd stoppered bottles.

His Codd bottles were Reliance patent bottles and came in small and large sizes with his name James Sloan, Bunbury embossed on the surface.

On March 1st 1896 the price per dozen of aerated waters was reduced to 25 shillings to the trade and by September he would have an ice machine to make crystal ice.

In Sept 1898 Thomas Stokes purchased Sloan’s factory.  Stokes had been Sloan’s manager for the previous 18 months and had learnt the trade under Jose at Geraldton & his successor Robert Reid Edwards.

Stokes enlarged and improved the factory. He added a storage room and increased the floor space & had 3 extra bottling machines ready for use.

James Sloan now turned his attention to the hotel business as licensee of the Federal Hotel on the corner of Vasse rd and Blackwood Road, Bunbury. He rented the building from Charles Egglestone & the license was transferred to Sloan on 20 October 1898.

In July 1900 Sloan purchased the Bunbury Brewery Company Bottling Works. He bought new machinery from Sydney and guaranteed his bottled ale was superior to all others.

This venture was short lived as by September he sold the business to H M Beigel. Beigel purchased the entire plant, stock and goodwill and declared his ale “four B’s” should be in demand in the summer months. Beigel was the host of the Boyanup Hotel.

James Sloan took an active interest in Municipal affairs and was on the Council. He passed away in Bunbury in February 1924 followed by his wife Margaret in 1931. 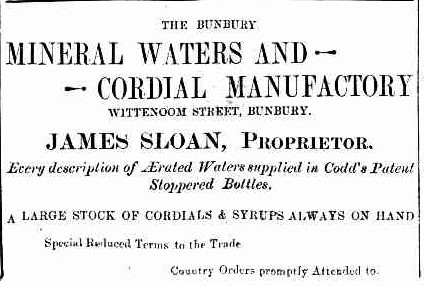 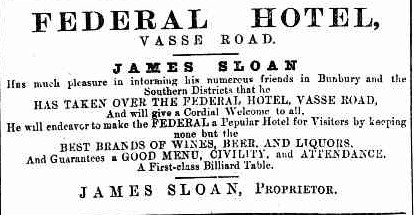 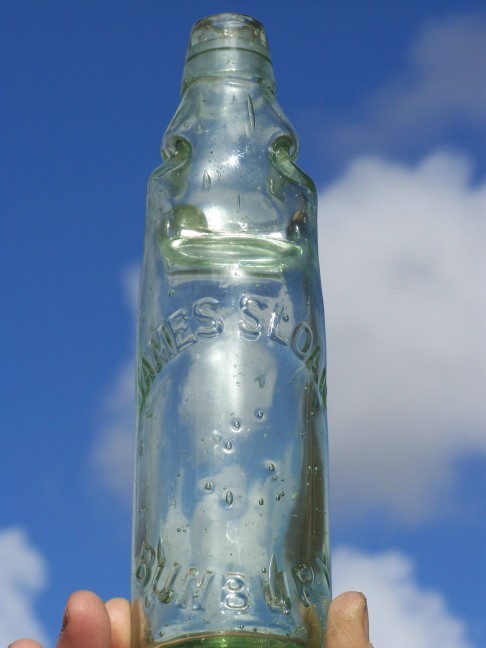