David William Harwood was born to Joshua Josiah Harwood in 1855 although the only birth I found for that year was a child named Daniel Harwood in the Govt indexes.

I believe David William Harwood died on January 22 1932 at Caulfield, in Victoria.

David’s father Joshua Josiah Harwood arrived in Fremantle aged 16 years on the “Simon Taylor” 20 Aug 1842 and I believe he was a Parkhurst boy. He was a prominent builder soon after his arrival. Joshua’s wife was Jeanette Tucknot.

The business at Fremantle will still be continued & his customers & friends may rely on their orders attended to regularly.

Underneath this ad was one for Herbert’s in Fremantle stating their wares and Codd bottle but no pictures for the Stanley Brewery or Herbert’s, of the bottles produced by the 2 companies.

In 1877 a mention is made to open a branch in Fremantle for distribution of “his Colonial Brewed Ale and Porter” although in 1876 an advertisement stated they were already operating in Fremantle.

1890 he was nominated for Perth Elections as a Councillor and was well known in the Community.

1896—19 June Inquirer & Commercial Newspaper— Mr D W Harwood manager of the Fresh Food & Ice Co returned to Perth yesterday from a business trip to Sydney. He purchased a complete Freezing plant. On its arrival, within a few weeks it will be (unreadable) mouth of the Murray River. (Was it for the Dawe family in Mandurah for their fish processing works?) I’m assuming the Harwood mentioned is the same man and as he was comfortably situated, he may have invested in other ventures.

1898 he spent some time in England with his wife

1901 He applied for a Patent with Samuel Colin Harwood for an Improved Spark Arrester. Samuel was his brother and a mechanical engineer and lost his life in Jan 1910 whilst working in Harwood’s Brewery.

1902 He applied for a Patent with Samuel Colin Harwood for an Improved fusible plug.

1914 —-1st Jan notice in the newspaper—-The Maltings, Cnr Stuart and Palmerston streets (fronts both streets) built in 1899 for David William Harwood who established the Perth Pneumatic Maltings Co in 1907 changed to Harwood Brewing until 1913 when the Union Brewery took over.

1914 he was living in Kings Park Road Perth and he leased a farm at Wongong with stock & machinery to the Swan Meat Co.

In Nov 1915 he placed his 2 storied home “Gargatup”, facing Kings Park on the corner of Kings Park Road and Colins street up for Auction. Included was his furniture so expect this was the time the Harwoods moved to Victoria.

His time as a prominent businessman in W.A. had now come to an end.

The D.W.Harwood marble bottle and the rarer hybrid bottle are keenly sort by collectors in W.A. 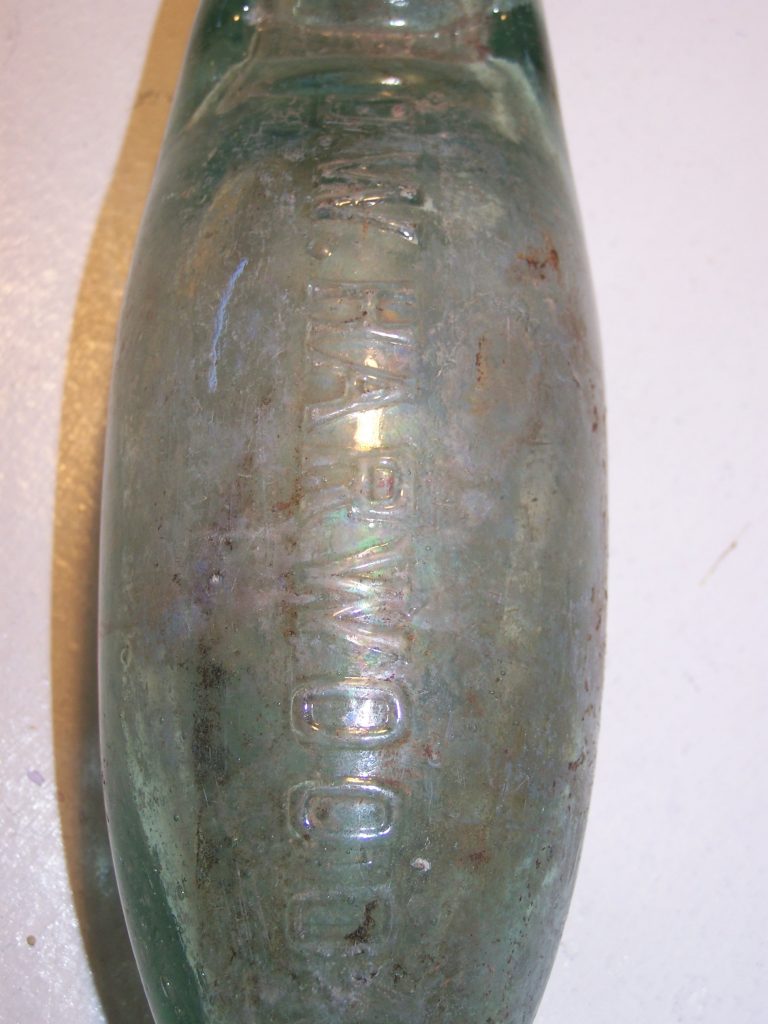 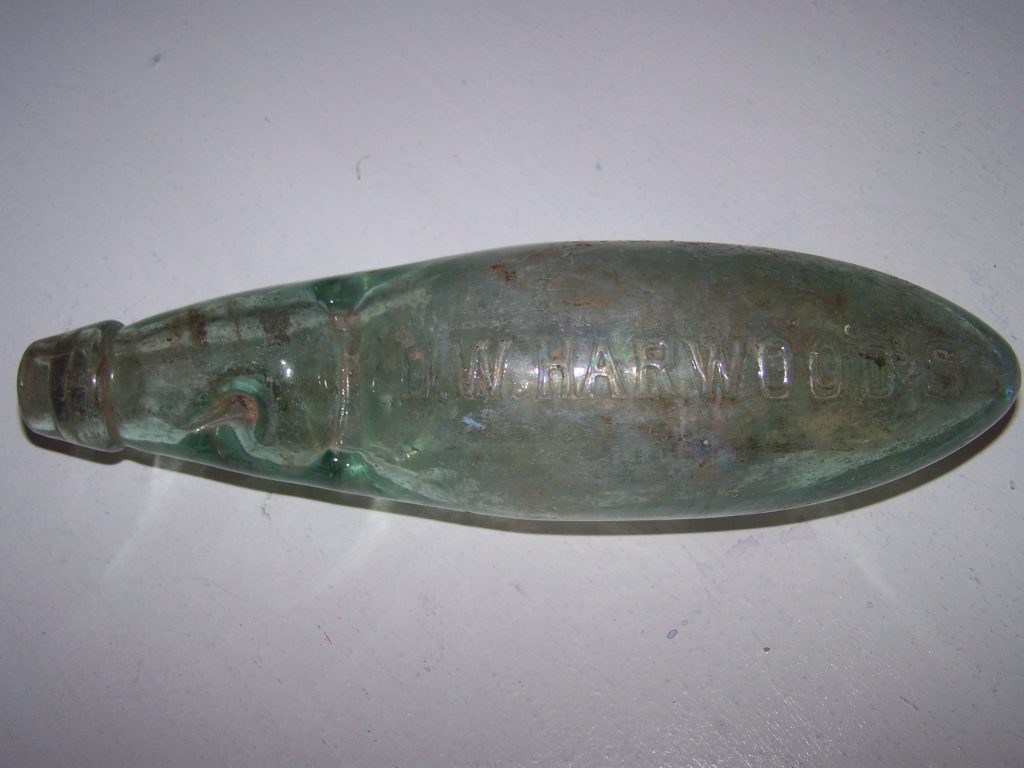 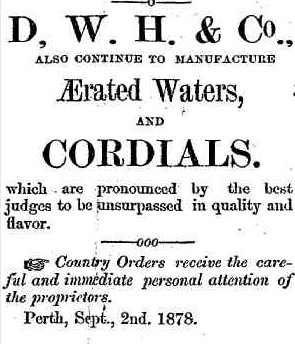 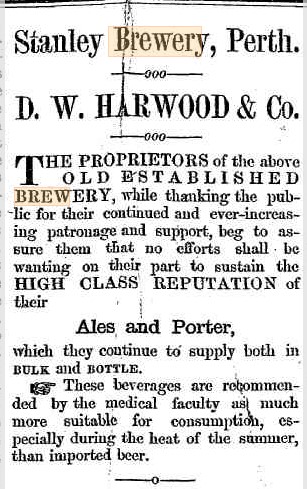 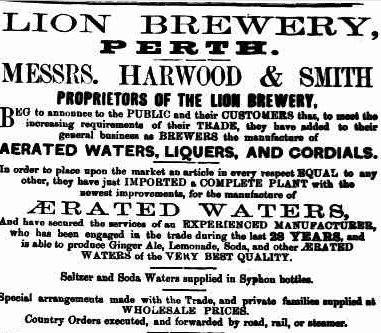