JOSEPH GILL born c1845 Lancashire & wife RACHEL nee Proud, arrived from County Down, Ireland on 3 May 1880, on board the “Clyde” with their 8 young children, including a daughter born on the journey and 13 year old son, Dan. Joseph was a coal miner living in County Durham in England in 1871 and first settled in NSW. He was a publican at the Vale of Clwdd Hotel, Lithgow NSW, in the 1890’s before his arrival at the Murchison in 1898. Son, DAN GILL born in 1866 birth registered in Hexham, Northumberland, England, married Bridget Ann McKitt (aka Annie) in Lithgow, NSW in 1888.  They also came to the goldfields with their 3 young sons, Joseph Thomas born 1888 -1968, William born 1890 – 1970 and Dan junior born 1891 – 1965, all children born in Lithgow. Daughters, Vera born 1900 – died 1900 and Gladys May born 1902 – 1986, were born in Nannine, where father Dan had been a miner, prior to taking over the Nannine Hotel on May 8th 1900. The gold mining town of Nannine is situated 78km north of Cue. At the time of Gill’s arrival, the town had the Nannine, Royal, Pioneer and Murchison Hotels.

The Nannine Hotel was a large wood & iron establishment, of 12 bedrooms, 2 sitting rooms, dining and kitchen, plus a billiard room and was rented from Jules Samuel Gascard. Gill had held a licence transferred from A T Parsons since April. However, Gascard passed away and in December 1901 and Town Lot 75, of the Nannine Hotel was placed for Auction, along with the furniture it contained and a butcher’s shop and other buildings, were also included in the sale. Dan Gill paid a yearly rental of 260 pound, with the lease expiring on 17 Apr 1903. The papers state he was still mine host of the Nannine Hotel until April 1905 when Mr Snell took over the business under management by Mrs Willows, formerly of Day Dawn and Cue. Dan Downie of the Pioneer Hotel in McPherson St, Nannine, then let his business to Gill.  This was a larger hotel, with 17 bedrooms and 2 sitting rooms. In July 1910, he purchased the freehold of this hotel from Downie. In March 1912, a storm caused the veranda’s, out buildings and roof to be brought to the ground of the hotel.

In 1913, the Electoral Rolls list Dan Gill junior, who is now 22 years old, as a cordial maker in Nannine.  His mother Annie took over the Commercial Hotel in Youanmi in 1913 but the License was in the name of her son William Gill born in 1890.  W Gill took over the Wayside House licence on 20 May 1913 from John Brydon. The last ad appeared for the Pioneer Hotel in Nannine in July. On 6 Feb 1914, Rachel Gill, wife of Joseph (Dan Gill seniors mother) died in Cue hospital. William Gill transferred the licence of the Youanmi Hotel to Frank Morgan on 6 April 1914.

Annie Gill, Dan seniors wife, then moved to the Geraldton Hotel in Gregory St, Geraldton in May 1914, as Proprietoress. Husband Daniel is also there on the Electoral Rolls. This hotel licence was also in the name of her son William Gill who transferred the licence to Alexander Todd on 3 May 1915. In August 1915, Arthur Green transferred the licence of the Diamond Jubilee Hotel in Attwood St, Mt Magnet to Dan Gill, senior. In March 1916, the Publican Generals licence he once held for the Pioneer Hotel at Nannine was transferred to the recently licenced Royal Hotel near the Post Office, on the corner of McPherson St and Marmion St, Nannine. Gill was once again back in Nannine. This hotel was more central for the passing trade. The last ad for the Royal Hotel was on 12 Jan 1918. Dan Gill sen, had transferred the licence of the Royal Hotel to William Calder Smith on December 22.

In the meantime, son DAN Gill continued as a cordial maker although by 1917 is now listed on the Electoral Rolls at Cue and he is[vs1] still listed on the rolls at Cue for a few more years.

Also, in December 1917, Dan Gill seniors, eldest son, Joseph Thomas Gill became the licensee of the Commercial Hotel in Cue. In 1918, Dan Gill sen, had the licence for the Patriotic tearooms, boarding and lodging house, in Austin st Cue. Annie Gill listed the business for sale during 1920.  It failed to sell, so on the 25 Mar 1921 the business was auctioned and Alexandrina Langdon took over this building in April. In 1925, Joseph Thomas Gill was at the Woodanilling Hotel and mentioned he had also been a manager of his father’s (Dan Gill senior) hotel at Nannine before 1918. By 1928 he was at the Esplanade Hotel in Fremantle.

See photograph of Dan Gill junior standing left in his bottling room and brother William, with his hop and ginger beer bottles. Note the use of Michael Quain of Sandstone, bottle crate. I wonder if collectors have any of these bottles today.

By 1932, Dan junior and wife Doris had moved to Darlot st, Meekatharra where he gave his occupation as Store Manager. In 1941 he was licensee of spirit merchant I Herman & Co Ltd, in Geraldton, while the owner Malcolm Haigh Fathers was away during WW2. Dan and Doris lived in Lewis st, Geraldton. In December 1945, Fathers resumed his role as spirit merchant and the Gills left on a holiday to the Eastern States. In the 1950’s Gill became a taxi driver in Geraldton before moving to Bunbury in the 60’s. Dan Gill junior died on 19 Jan 1965 at Bunbury, aged 74 years and wife Doris passed away at Mt Lawley in 1985 aged 84 years.

SUMMARY – Joseph Gill, father of Dan Gill senior.  I believe he died between 1925 and 1929 but his name is not recorded in WA records.

Dan Gill 1866 – 1929 was involved in the hotel trade in the Murchison with his wife Annie and also had the Patriotic Tearooms in Cue.

Sons – Joseph Thomas Gill – 1888 – 1968 was also a proprietor of hotels in the Murchison, Woodanilling, the City and in 1948 The City Bottling Works transferred from his brother William. William Gill – 1890 – 1970 had the Geraldton Hotel and his name is connected to the Mundaring, Maylands, Leederville Hotels and the City Bottling Works in Lord St, E Perth in the late 1940’s until 1954. Dan Gill – 1891 – 1965 owner of the aerated water business in Austin St, Cue 1917 – 1925 but cordial maker from 1913, Manager in Meekatharra and Geraldton and then became a taxi driver. All members of the Gill family at some time tried their hand at mining for gold on various leases.

Thank you to J Gill for photos for this story of the Gill family involvement of hotels in the Murchison and the aerated water trade.

There is a large and small D Gill, Cue marble bottle. 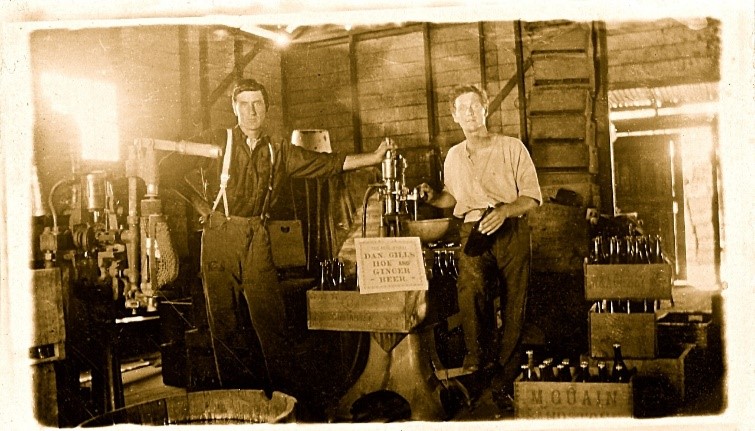 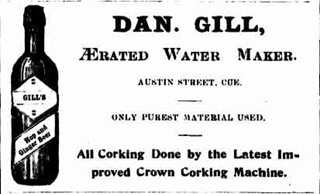 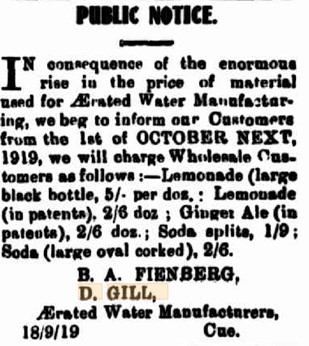 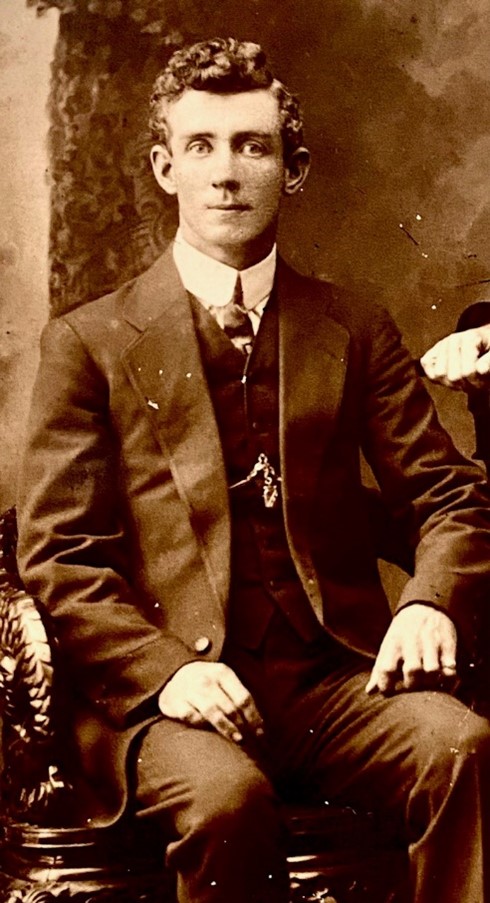 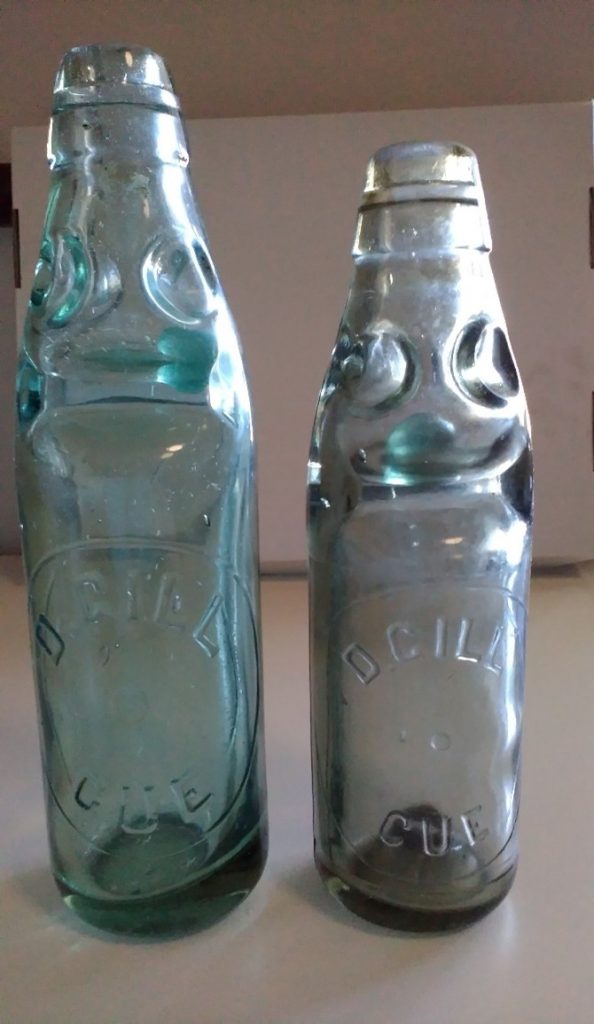 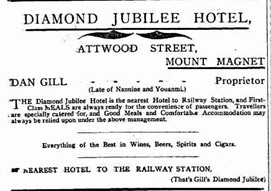 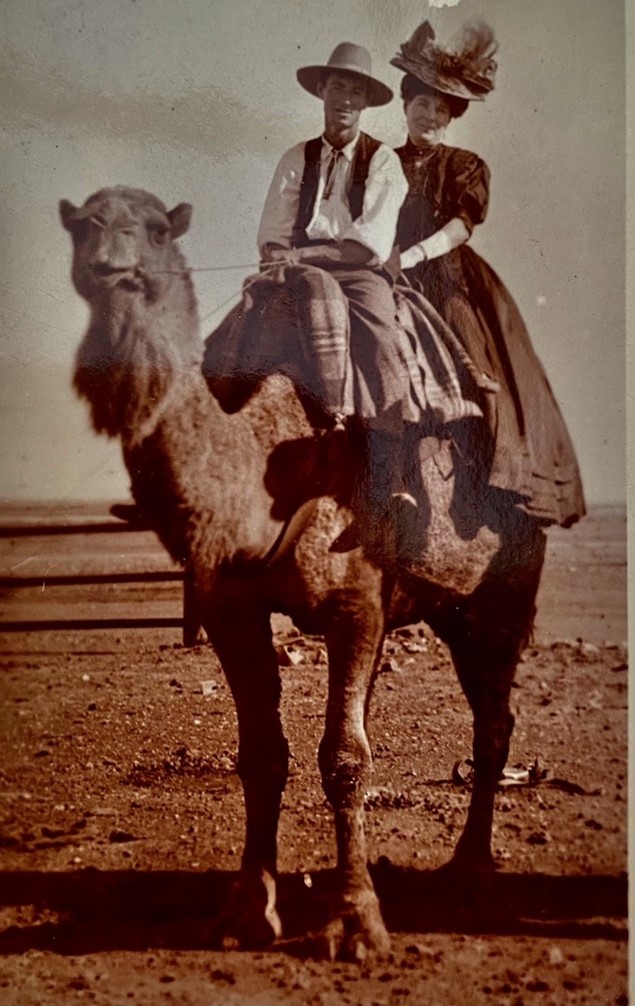 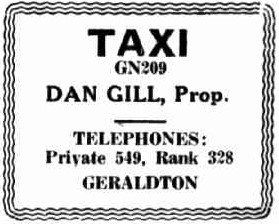 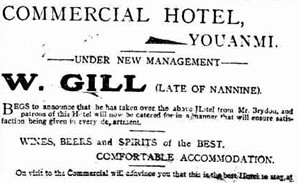 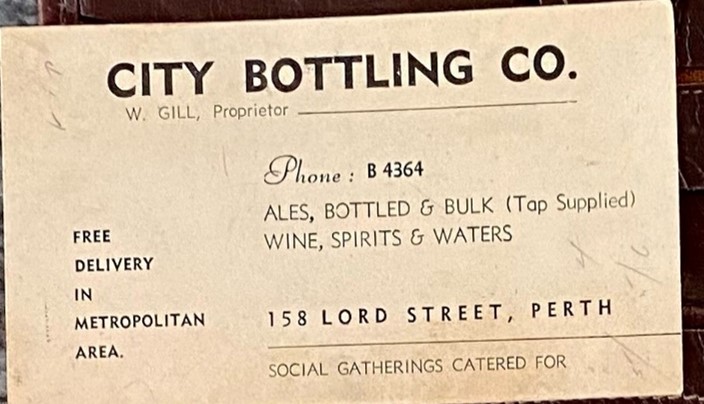 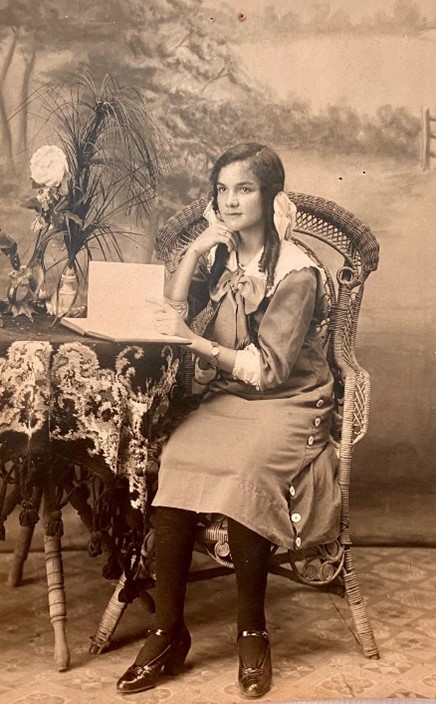