James Burns and Robert Philp commenced trading in 1876 as Burns Philp & Co and the company operated until 2006. The company became incorporated in Sydney in April, 1883 and expanded rapidly with a range of both cargo and passenger ships and they traded predominantly as shipping agents. They ran their own fleet of ships and also engaged the Adelaide Steam Ship Company and the State Shipping fleet whenever required.

Burns Philp also opened in Fremantle and by August, 1904 their Fremantle branch had moved to new premises on the corner of Market Street and Short Street, Fremantle. They often advertised as Wine and Spirit Merchants, importing Gaelic Whiskey, Peter Dawson’s Whisky, MacLeay Duff Liqueur Whisky, Bailie Nicol Jarvie Whisky, Daniel Crawford Whisky, Laird Logan’s Whisky and Christies bulk whisky to name a few. They were agents for Bottle Ace Rum, Gilbey’s Dry Gin, Bull Dog Ale & Stout, Boars Head Ale & Stout, Carlton Ale – bulk & bottled, Hardy’s South Australian Wines and Schweppes Mineral Water. From their importation of bulk spirit and whisky they had made both two and five gallon stone demijohns to dispense their whisky. One of the two gallon examples has a wicker surround and this may be consistent with all their demijohns. This same item has a leather strapping which is most unusual. There has not been any one gallon, three gallon or four gallon Burns Philp demijohns found to date. The existing demijohn examples are embossed either Fremantle or Geraldton. 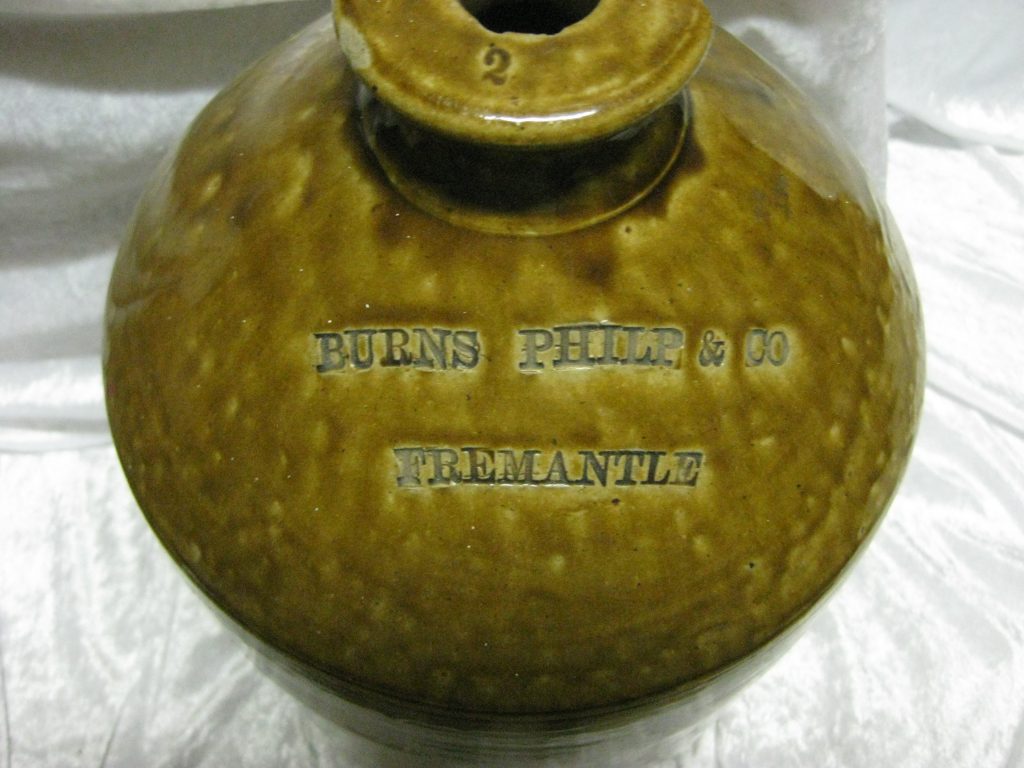 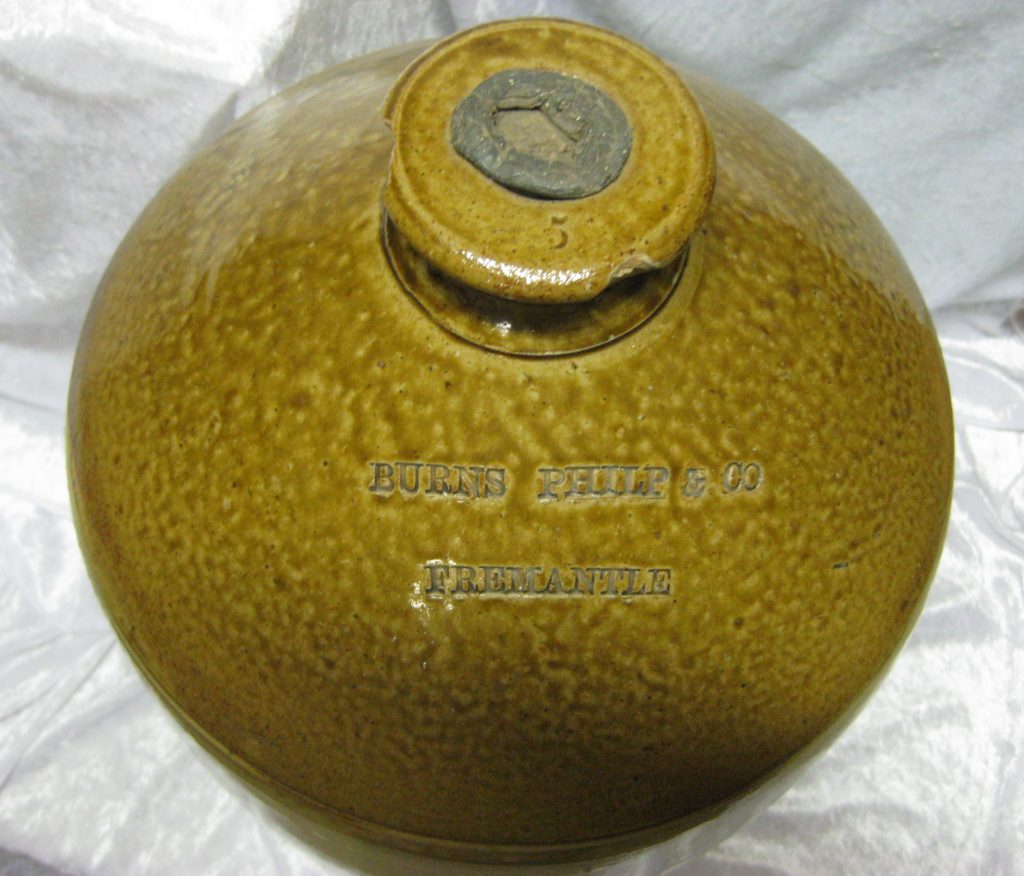 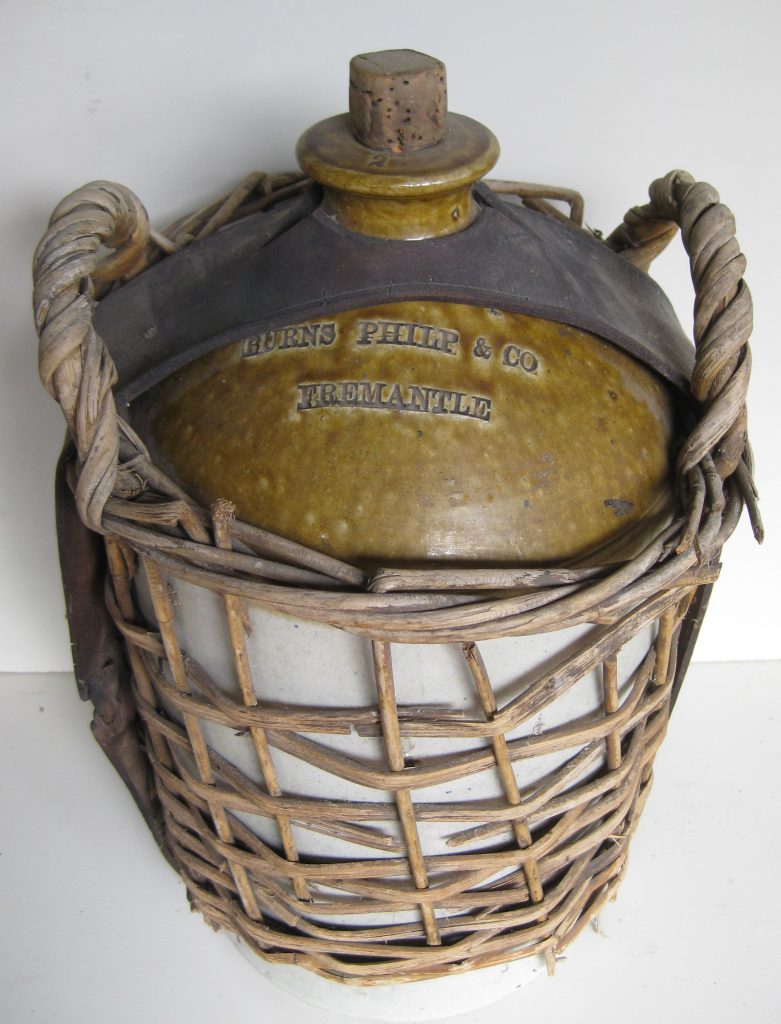