EDWARD ASHENDEN was born in Dartford, Kent, England in 1873. At 10 years of age, he arrived in S. Australia with his family. In 1896 at the age of 23 years he moved across the border with many Eastern States men at the time, to the Goldfields of W.A.

He joined Waites as a builder in Piccadilly St, Kalgoorlie and by 1900 he was the manager of the Goldfields Sanitary Company. In 1901 his occupation had changed to signwriting with Hewett, followed by bill posting with James Wilkinson in 1903. In his years in Kalgoorlie he was also a butcher and general dealer before joining with WILLIAM HENRY BUCKLEY GOODDY to produce aerated waters in 1910.

GOODDY was born in Victoria and arrived in Perth from Nhill in 1896 and joined the Government railways, working at Brunswick in the south west in 1901. After he married in Perth in 1910, he moved to Piccadilly St. in Kalgoorlie where he joined with ASHENDEN at their factory on the left hand side of Dugan Street. Number 139 Dugan Street had been occupied by the Kanowna Bottling Co in 1904 and then A W Sales, agent, in 1906 who also produced aerated waters in Fremantle prior to his arrival in Kalgoorlie. In 1907 the building was occupied by Barnes, Forder & Williams, Dairy Products, Merchants.

GOODDY may have been connected to aerated water manufacturer JOHN GOODDY of Gratton St, Carlton, Vic who produced drinks there till his death in 1870 and the business was carried on by his wife Louisa Langley until 1905.

ASHENDEN & GOODDY advertised their speciality of Hop & Ginger Beer, bulk supplies or bottled and also sold the drinks through agent J L Weir at Southern Cross. The partnership was over by 28 Feb 1911 when WILLIAM GAYNOR took over the business.

Ashenden continued to live in the area and his interest now was the Newcastle Hotel in Burt St, Boulder, which was transferred to his name on 12 May 1911 by Henry Scott. However, this financial outlay was his downfall and he had to sell his home before he filed for Bankruptcy, in 1913. He moved to Perth after 1916 where he joined Morris Bros, auctioneers & estate agents. Morris Bros dissolved the partnership which had been under the name Ashenden & Co and Edward Ashenden continued in the business at 577 Hay St, Perth whilst living at Malcolm St in Fremantle.

WILLIAM HENRY BUCKLEY GOODDY continued to live in Kalgoorlie until 1915 when he moved to Cottesloe & passed away here in 1943 aged 68 years.

WILLIAM GAYNOR, who had taken over the Ashenden & Gooddy business in 1911 had much competition from the Eclipse, Crown and Mackey companies. He discovered that other people had been selling drinks without labels at Christmas and passing the drinks off as his stock. He placed an ad to complain about the practice in the Kalgoorlie Miner.

Langley was the Proprietor of the Murrin Murrin Hotel.  LANGLEY and GAYNOR dissolved their partnership on 1 May 1913 and LANGLEY continued with the business which in 1914 was called GAYNOR & CO.

GAYNOR is listed in Wises Telephone Directories at 35 George St, Kalgoorlie and LANGLEY is next door at 39 – 41 George St and Langley is listed as of Gaynor & Co. They were both of George St, until the late 1920’s.

Langley listed the Gaynor business for sale in Nov 1920 but no mention is made if this was successful.

Gaynor moved from Kalgoorlie in 1926 and settled in Guildford Rd, Mt Lawley. He bought the Cornwall Hotel in Kalgoorlie from Licensee, Lily Embleton in Sept 1936. He transferred the Licence two months later to James George Phanos and then in March 1938 he bought the Olde Narrogin Inne at Armadale in the name of his wife Margaret Gaynor, from Edwin Fenton Dickinson.  He added the Exchange Hotel in Pinjarra in Nov 1939 to his holdings and held both licences well into the 1950’s. Today the Exchange Hotel in Pinjarra is in disrepair and expressions of interest have been advertised for its future and renovations are now underway. It once had a rose garden which my late father pruned from time to time so it is sad to see the building unused.

LANGLEY and his wife moved to Perth where he joined the Swan Brewery. He died at Subiaco in Aug 1930 aged only 50 years. He was born in Melbourne and arrived in Kalgoorlie about 1906. W H S LANGLEY had two sizes of marble bottles with L in a diamond and 4 dimples around the neck. Author – Vivienne Sinclair. 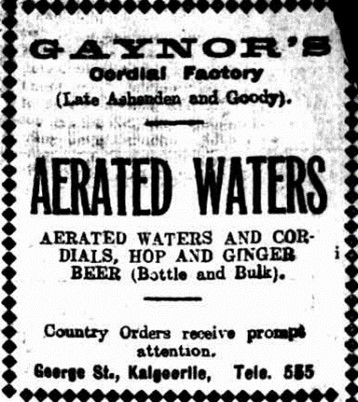 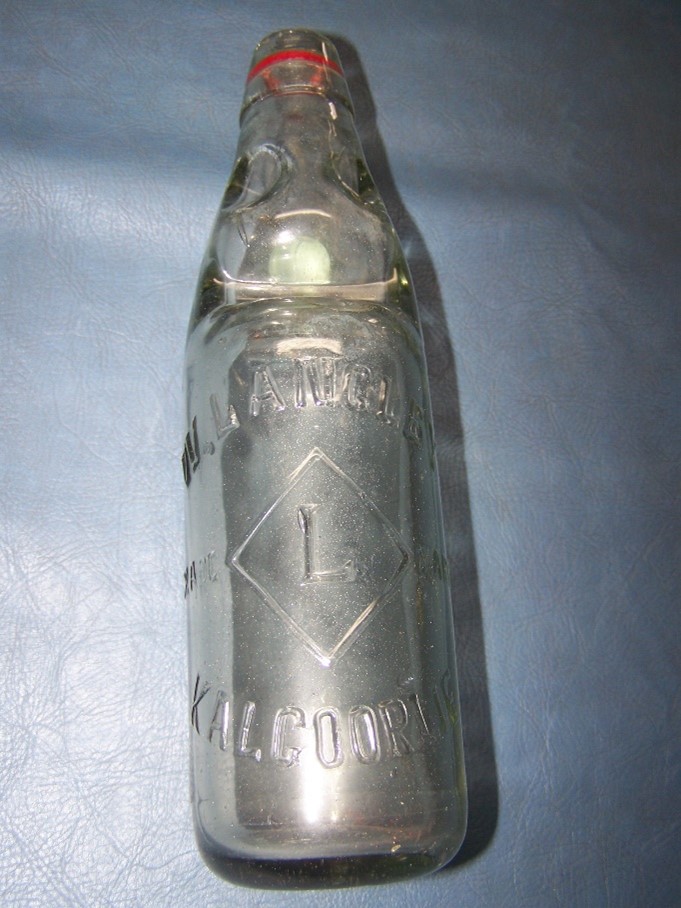